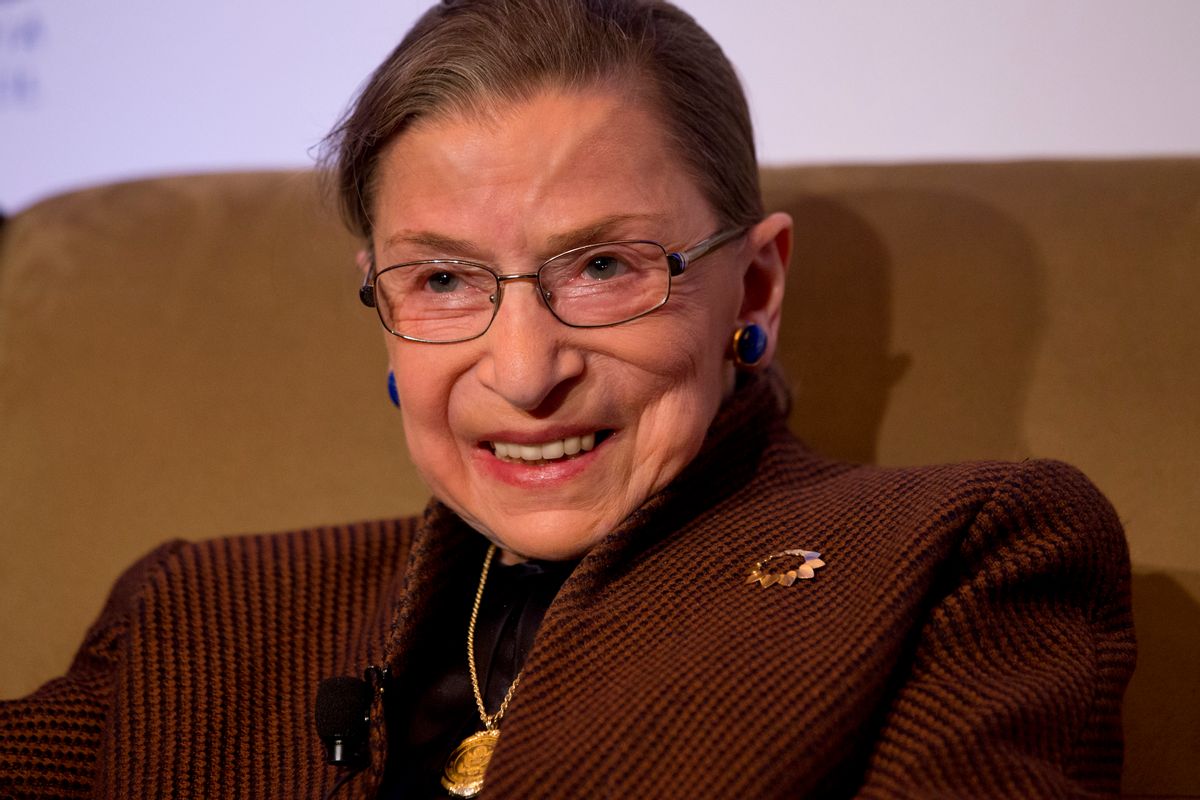 The Supreme Court is slated to rule on whether states can ban same-sex marriage before the end of its term this June, and there have already been hints about where the justices will fall on the issue. In a recent interview with Bloomberg, Justice Ruth Bader Ginsburg offered what could be another potential clue, expressing doubts that the American public would require a "large adjustment" if the court ruled in favor of marriage equality.

“The change in people’s attitudes on that issue has been enormous,” Ginsburg said. “In recent years, people have said, ‘This is the way I am.’ And others looked around, and we discovered it’s our next-door neighbor -- we’re very fond of them. Or it’s our child’s best friend, or even our child. I think that as more and more people came out and said that ‘this is who I am,’ the rest of us recognized that they are one of us."

Ginsburg has lauded the public's increasing acceptance of the LGBT community before, calling the shift on same-sex marriage "remarkable" during a talk last year. And the shift has been momentous: the number of states that allow same-sex marriage has increased dramatically since June 2013, when the Supreme Court struck down a key provision of the Defense of Marriage Act, jumping from just 12 states to a present 37. Depending on SCOTUS' decision this term, that number could go up to 50.

Watch a clip of Ginsburg's interview with Bloomberg below: