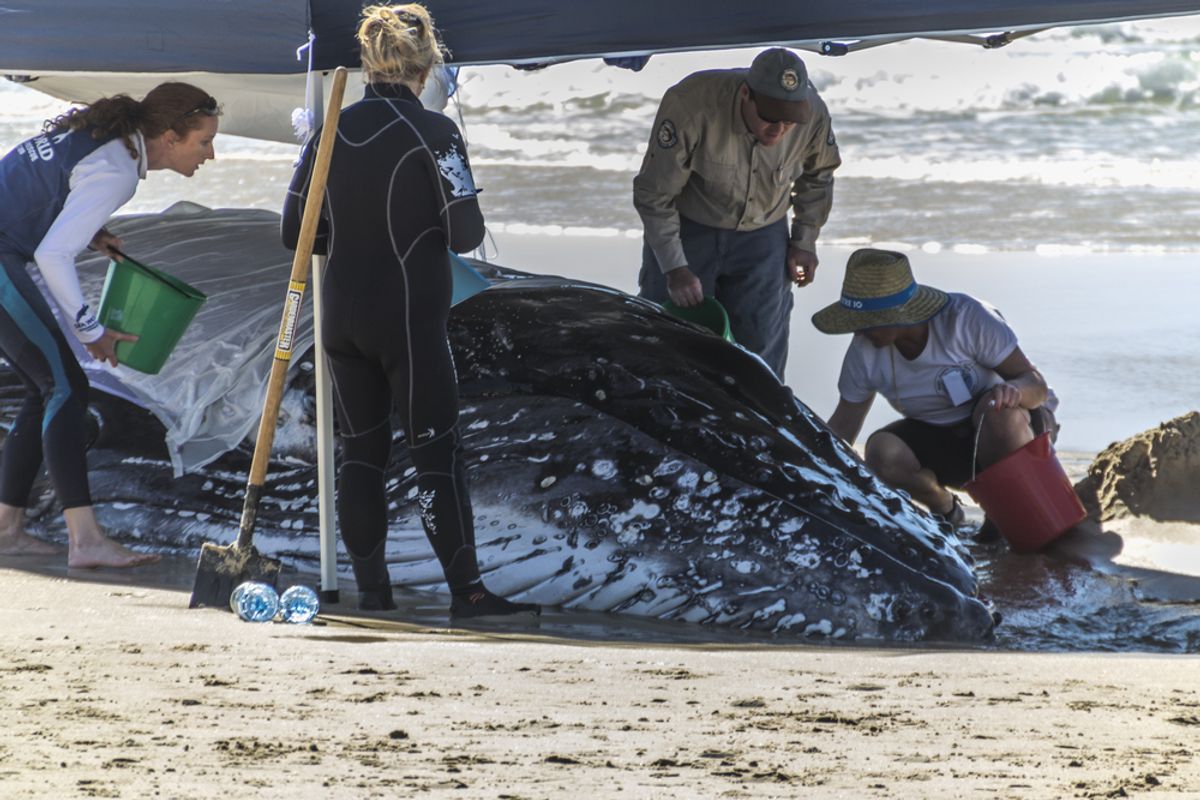 Almost 200 pilot whales were stranded ashore New Zealand's South Island, prompting groups of conservation workers and rescuers to scramble to redirect the whales into the sea. Despite their efforts, 24 whales died.

"We've had plenty times in the past where the pods have gone out to sea and turned around and come back again," said Andrew Lamason, the area's Department of Conservation manager. "We're preparing for a big few days."

"What the risk is, is you've got some of those whales in that pod which are determined to restrand and they'll be dragging the ones that have been refloated back onto the beach," Lamason said in an interview with the Australian Associated Press. "It''s sad but in a way it's how nature works. You've gotta be pragmatic when you're wearing my shoes."

Why do whales and other cetaceans strand themselves? It turns out scientists aren't totally sure. In an interview with Scientific American, Darlene Ketten, a neuroethologist at Woods Hold Oceanographic Institution, explained the phenomenon:

I often use the analogy of a car crash, because a lot of things can go wrong but you get the same result. Statistically, we are only able to determine the cause of a stranding in about 50 percent of all cases worldwide. In some cases it is obvious, like a ship strike leaving an animal in poor condition. In the northeastern United States pneumonia is a common cause of stranding. We see other diseases and trauma, such as shark attack on whales or dolphins or attacks by members of the same species. Poisonous "red tides" will also affect marine mammals. Some strandings have been speculated to be related to anomalies in the magnetic field.

The thing is that we don't actually know if humans are contributing to the subtle increase in mass strandings observed over time. If it is a natural occurrence, aren't well-meaning conservationists actually interfering with something that is ultimately good for the whale population?

"I'm not advocating that we don't rehabilitate animals, if we can," said Katten. "We should understand causes of stranding, but we also have to accept the fact that strandings may be in many cases a natural phenomenon."