On Global Divestment Day, the movement can no longer be ignored 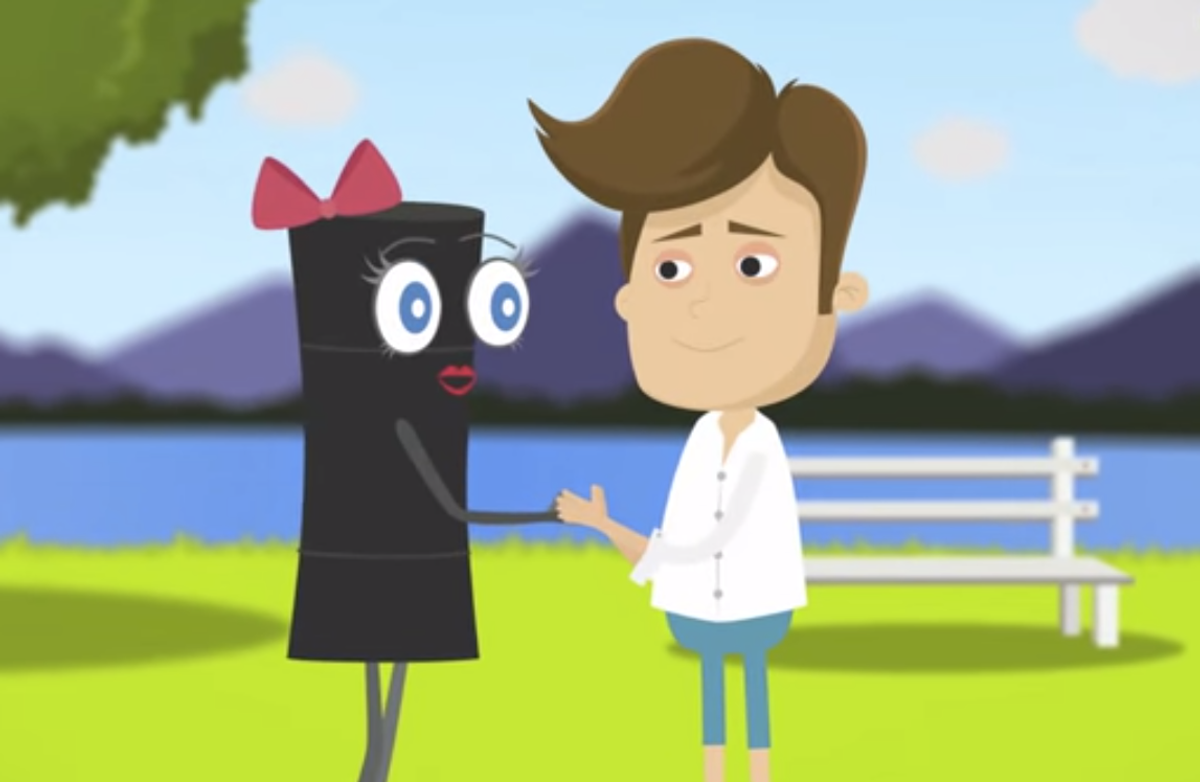 The fossil fuel free movement is getting its renewable groove on for Global Divest Day[s], and Big Oil's responding in kind, with a pretty desperate-seeming campaign to convince the world not to dump dirty energy.

The highlight is this mess of an attack video, which takes the form of a cautionary tale: "Joe," having succumbed to peer pressure and dumped his girlfriend -- a leggy barrel of oil -- is left naked, hungry and in the dark.

The video comes courtesy of an anti-environmentalist front group for lobbyist Richard Berman. Cackling caricature of activist Bill McKibben aside, though, it doesn't quite live up to Berman's "win ugly or lose pretty" PR strategy for the fossil fuel industry. MicKibben's group, 350.org, has already responded with its own, equally silly, parody remix -- which they say was immediately kicked off of YouTube. Play ugly indeed.

The divestment movement's a tricky one -- not everyone's convinced that removing their small contributions to fossil fuels' vast empires is the best way to combat global emissions. Its leaders, though, make the case that divestment is very much a moral decision: "If it is wrong to wreck the climate, then it is wrong to profit from that wreckage," reads the website of 350.org's Fossil Free project. "We believe that educational and religious institutions, governments and other organizations that serve the public good should divest from fossil fuels."

And that, presumably, could translated to the kind of societal pressure Big Oil's video fears: RTCC's Sophie Yao points to a speech made this week by Shell CEO Ben Van Beurden, in which he acknowledged that he's "well aware that the industry’s credibility is an issue." Yao then spoke to Ben Caldecott, who directs the stranded assets program at the University of Oxford and who argues that once the credibility goes, the financial part might follow. After that, of course, the idea isn't to return us to the dark ages, but instead clear the way to a brighter future. Of course we still rely on fossil fuels, McKibben wrote in response to the video, "that's the point! And the point of divestment is that if we can break the power of this industry, we can use sun and wind instead."

The fossil fuel lobby this week also came out with a more sophisticated -- if no less nonsensical -- attack on divestment in the form of a report looking back on half a century of portfolio performance to conclude, in the words of retired Chicago Law School professor Daniel R Fischel, that “Every bit of economic evidence available to us today demonstrates that fossil-fuel divestment is a bad idea.”

The overwhelming majority of the economic evidence I have seen shows the exact opposite. Here are some studies, not funded by the oil industry, which indicate recent divestment would, if anything, have had a positive impact on returns and can reduce investment risk: MSCI, Advisor Partners, Impax, Aperio,S&P Capital IQ and BNEF. I have seen one report, from Mercer, that said “divestment is likely to have up-front and recurring costs”.

Carrington, too, quotes Caldecott, who explains, “It is completely wrong to assume the drivers of stock performance in the last 50 years will be same for the next 50 years." Indeed, proponents of divestment point to tightening regulations, and the growing understanding that we're going to have to leave most of our remaining fossil fuels in the ground, as creating a "carbon bubble," and are warning investors away from that risk.

The question now is whether, in the face of rising pressure, Big Oil will be able to woo them back. And if their showing thus far is any indication, they're going to have to get more creative.