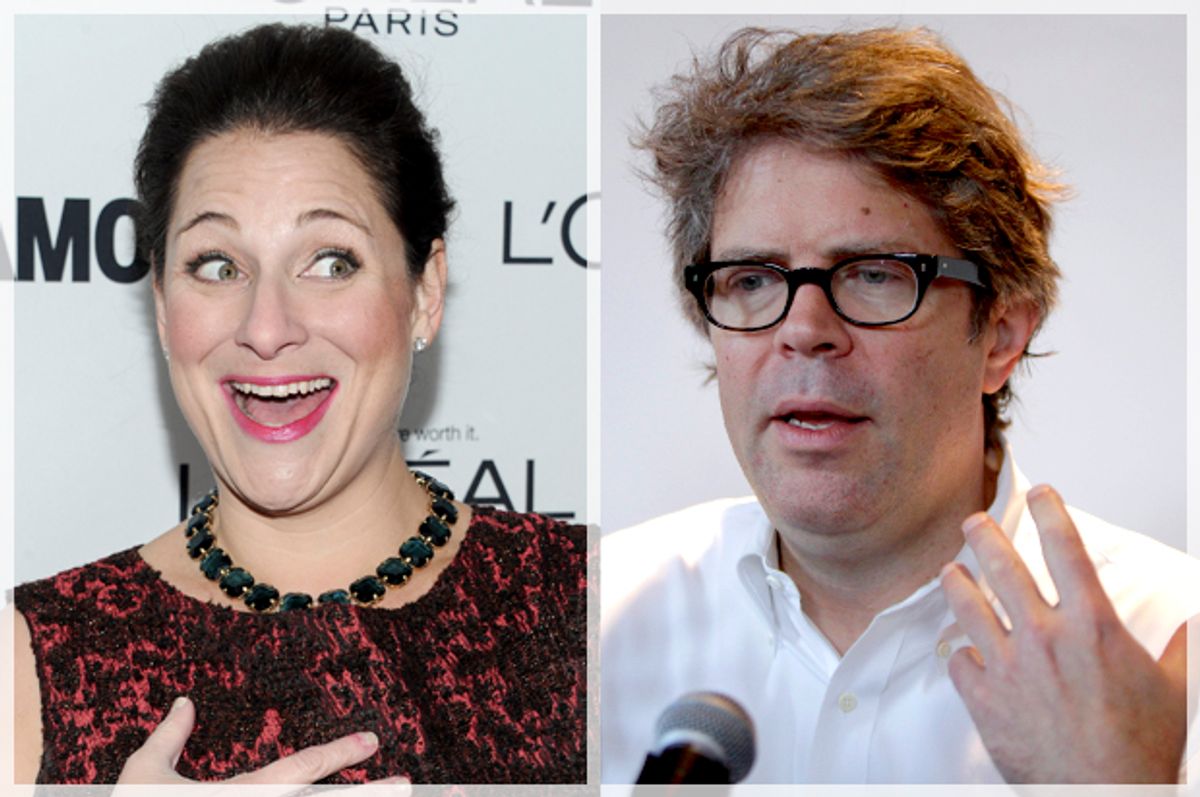 In a new interview with Butler University's literary journal Booth, Jonathan Franzen grappled with questions about his notorious ambivalence about social media, which he dismisses as "pictures of desserts," and the joy of appearing on an episode of "The Simpsons" ("Boy, those lads are doing well."). He also insists that he's less controversial of a literary personality than his reputation suggests: "I don't know if I'm particularly polarizing." But when MFA student Susan Lerner steered the conversation to Franzen's years-long public feud with author Jennifer Weiner, who coined the term "Franzenfreude" after he appeared on the cover of TIME in 2010 with the headline "Great American Novelist," Franzen became — well, so Jonathan Franzen — which is to say: yep, pretty polarizing. "It's tricky because there's something about Jennifer Weiner that rubs me the wrong way, something I don't trust." You can practically hear all of literary Twitter's ears perk up right at that moment:

JF: She is asking for a respect that not just male reviewers, but female reviewers, don’t think her work merits. To me it seems she’s freeloading on the legitimate problem of gender bias in the canon, and over the years in the major review organs, to promote herself, basically. And that seems like a dubious project that is ideally suited to social media, where you don’t actually have to argue, you just tweet. Where is her long essay about this, where she really makes a case? She has no case. So she tweets.

SL: No case for herself, you’re saying?

JF: Yes. No case for why formulaic fiction ought to be reviewed in the New York Times.

SL: But I think she also advocates for other female authors whose work might be termed more “literary” rather than “commercial.”

JF: Good for her.

SL: She’s written that because she perhaps has less at stake in the literary community than women who write more “literary” fiction, she’s become the de facto spokeswoman.

JF: That’s unfortunate, because it’s an important issue and she’s an unfortunate person to have as a spokesperson.

SL: Have you read any of her books?

JF: I have yet to hear one person say, “Oh, she’s really good, you should read her.” And basically if two people say that about a book I’ll read it. I know no one, male or female, who says, “You’ve got to read Jennifer Weiner.”

Why do people keep calling him "polarizing?" Come on, can't a guy call 'em like he sees 'em on another bestselling novelist without everyone getting all upset? Weiner decided to tweet her response rather than submit a full-length piece of prose:

If Franzen believes I've never made a serious case for what I believe --"she just tweets!" -- than maybe his Google is broken.

Franzen does acknowledge in the interview that maybe he knows exactly what he's doing here: "To some extent I feel it means I’m doing my job, which is to try to tell the truth. You know, no prophet is welcome in his homeland."