The plant is called "Ketchup 'n' Fries," or the Tomtato 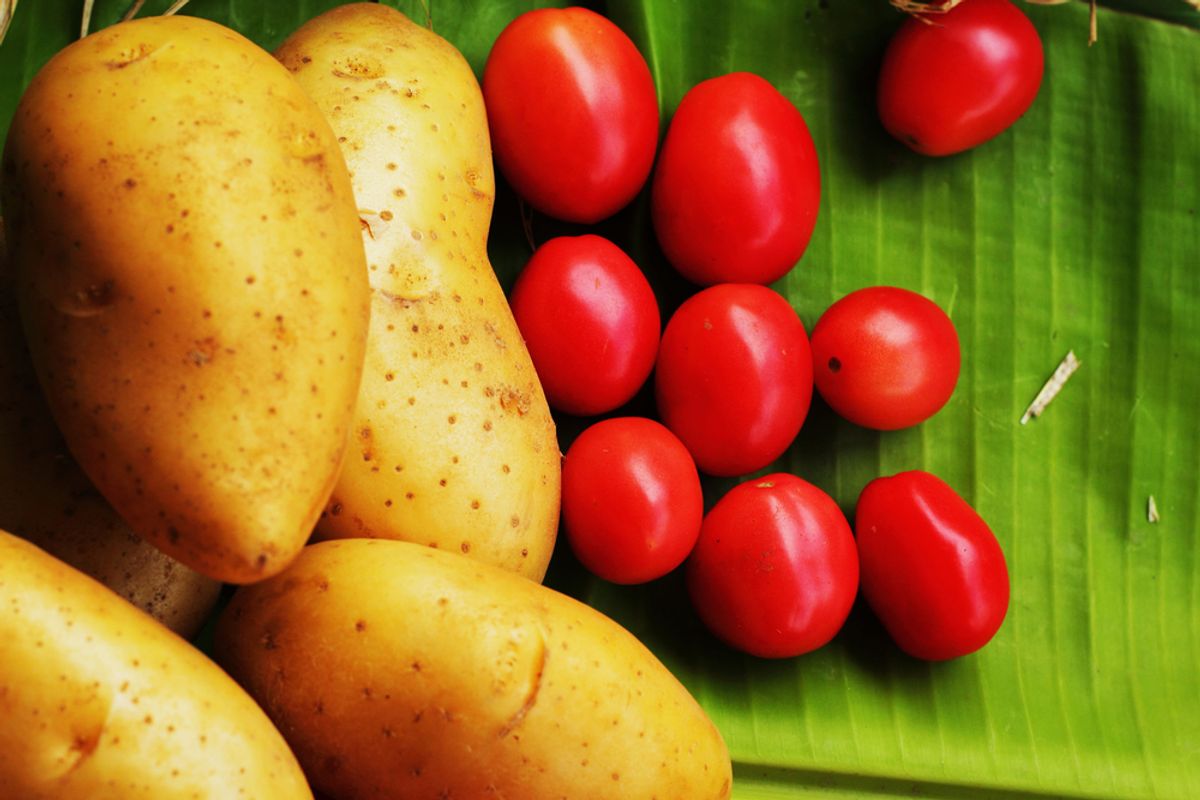 Do you like french fries and ketchup? Do you want to go to the trouble of making them yourself but not the trouble of growing two separate plants? You're not alone. That's why a company called SuperNaturals Grafted Vegetables (yum!) has invented "Ketchup 'n' Fries," or the TomTato, the top of a cherry tomato plant grafted onto a white potato plant, a feat that is possible because the two organisms are in the same family.

"It's like a science project," said Alice Doyle of SuperNaturals in an interview with NPR. "It's something that is really bizarre, but it's going to be fun to measure and see how it grows."

According to The Oregonian, the TomTato is being marketed as a way for home gardeners to maximize limited space for planting. One TomTato plant can comfortably grow in a 10-gallon container.

NPR reports that the TomTato isn't actually a new idea:

In the early 1900s, botanist Luther Burbank successfully grafted a potato top onto a tomato root, creating a viable plant -- except that it was, shall we say, fruitless. He even experimented with a tomato-potato hybrid, affectionately named a "pomato." Since then, home gardeners have experimented with these Chimera-esque grafted plants to varying success.

"It's not just any old tomato or any old potato," said Michael Perry, a product development manager for Thomas & Morgan. "It's actually a really good, all-around potato at the base. Then on the top you've got the potential to have up to 500 super-sweet fruit."