Nonbrowning GMO apples are coming to the U.S.

The USDA just approved the genetically modified fruit for planting 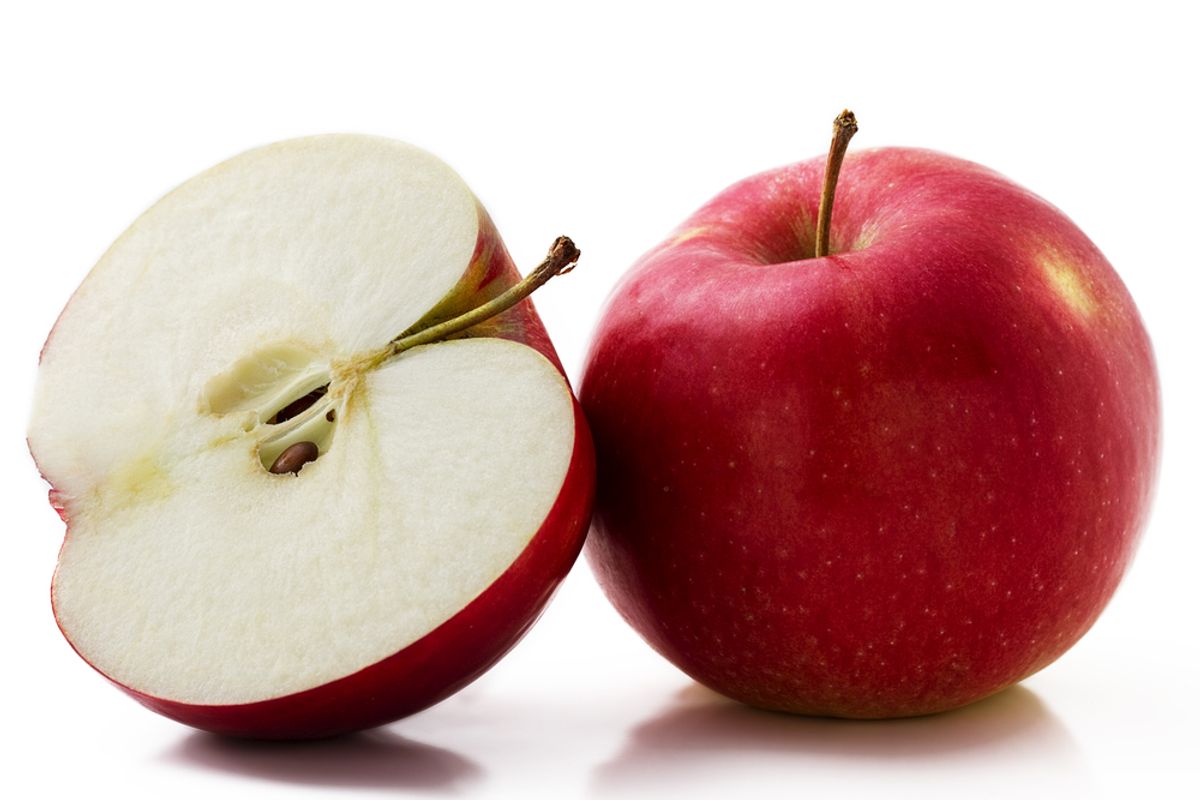 The dream -- nightmare? novelty? -- of nonbrowning apples is coming to the U.S.

The USDA's Animal and Plant Health Inspection Service announced Friday that it's approved two varieties of genetically modified apples for planting. The fruits, to be known as the Arctic Golden and Arctic Granny, were developed by Okanagan Specialty Fruits to resist browning, like so:

The effect is achieved by inserting extra copies of the apples own genes, causing the apple to shut down production of polyphenol oxidase -- the enzyme responsible for browning. OSF president Neal Carter calls it "biotech light," and the USDA defended its decision to deregulate the apples on the basis of assessments finding that they "are unlikely to pose a plant pest risk to agriculture and other plants in the United States" and "not likely to have a significant impact on the human environment."

But the innovation's received a heavy amount of pushback, not just from anti-GMO activists, but also from the apple industry. Their concern comes mainly from a marketing perspective: the U.S. Apple Association and others argue that the introduction of genetically modified varieties will tarnish the apple's wholesome, natural image. “There really isn’t anything broken,” Todd Fryhover, president of the Washington Apple Commission, told Modern Farmer last year. “Apples already have a place in the world as being healthy and nutritious and safe. Is there a need to make what is already the best better?”

OS is also going through a voluntary food safety assessment with the FDA. The next step, though, will be to convince growers to adopt the apples, and for food companies to carry them -- when the nonbrowning, GM "Innate" potato was introduced late last year, McDonald's made headlines by announcing it wouldn't be sourcing them. Regardless, it while be some time before that's an option: the USDA predicts it will be about 3 to 5 years before growers produce fruit.