Ruth Bader Ginsburg on why she nodded off at the State of the Union: I was buzzed 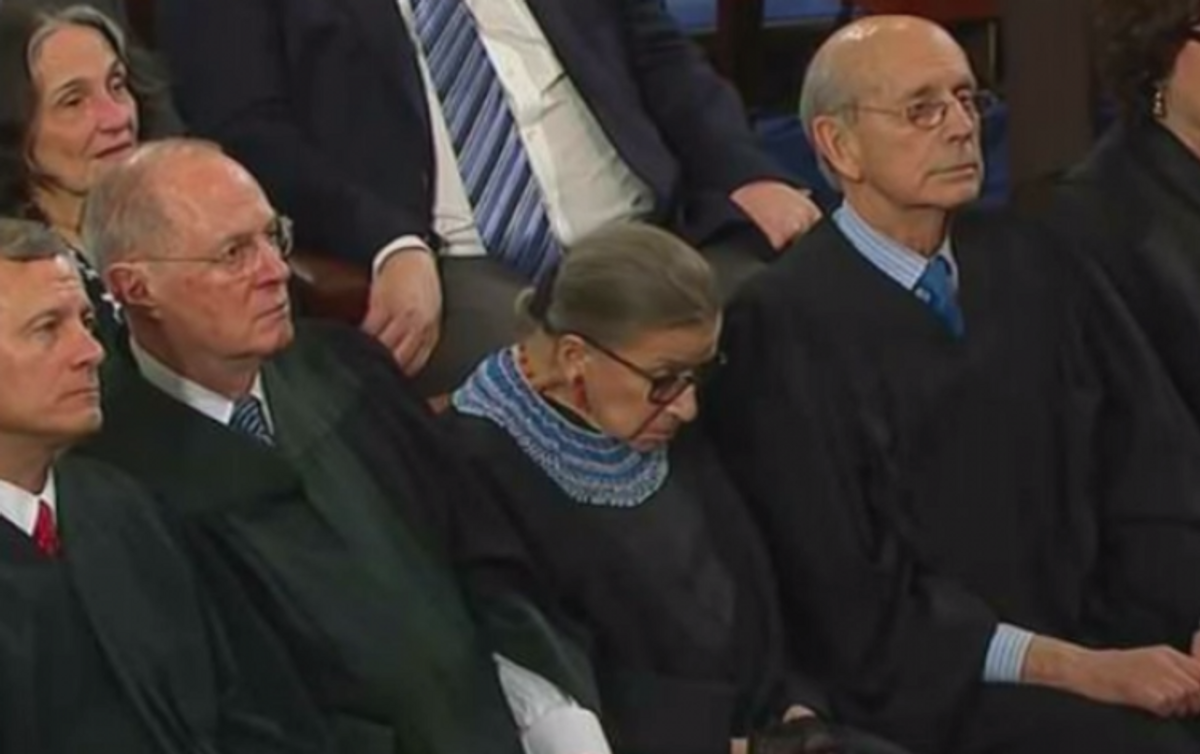 Supreme Court Justice Ruth Bader Ginsburg sparked something of a sensation on social media when she nodded off in the midst of President Barack Obama's State of the Union address last month. In a Thursday night appearance, the jurist explained what that was all about: She was a bit buzzed.

It turns out that the justices enjoy a tradition of pre-gaming the annual event. Prior to the speech, Ginsburg and her colleagues clinked glasses of wine, courtesy of Anthony Kennedy.

“The audience for the most part is awake, because they’re bobbing up and down, and we sit there, stone-faced, sober judges. But we’re not, at least I wasn’t, 100 percent sober,” Ginsburg said during a George Washington University appearance Thursday. “Because before we went to the State of the Union, Justice Kennedy brought in … it was an Opus something or other, very fine California wine, and I vowed this year, just sparkling water, stay away from the wine, but in the end, the dinner was so delicious, it needed wine."

As The Hill notes, Ginsburg also fell asleep during the president's 2013 State of the Union, a dozing off that she also attributed to a "very good California wine" Kennedy shared with fellow justices.