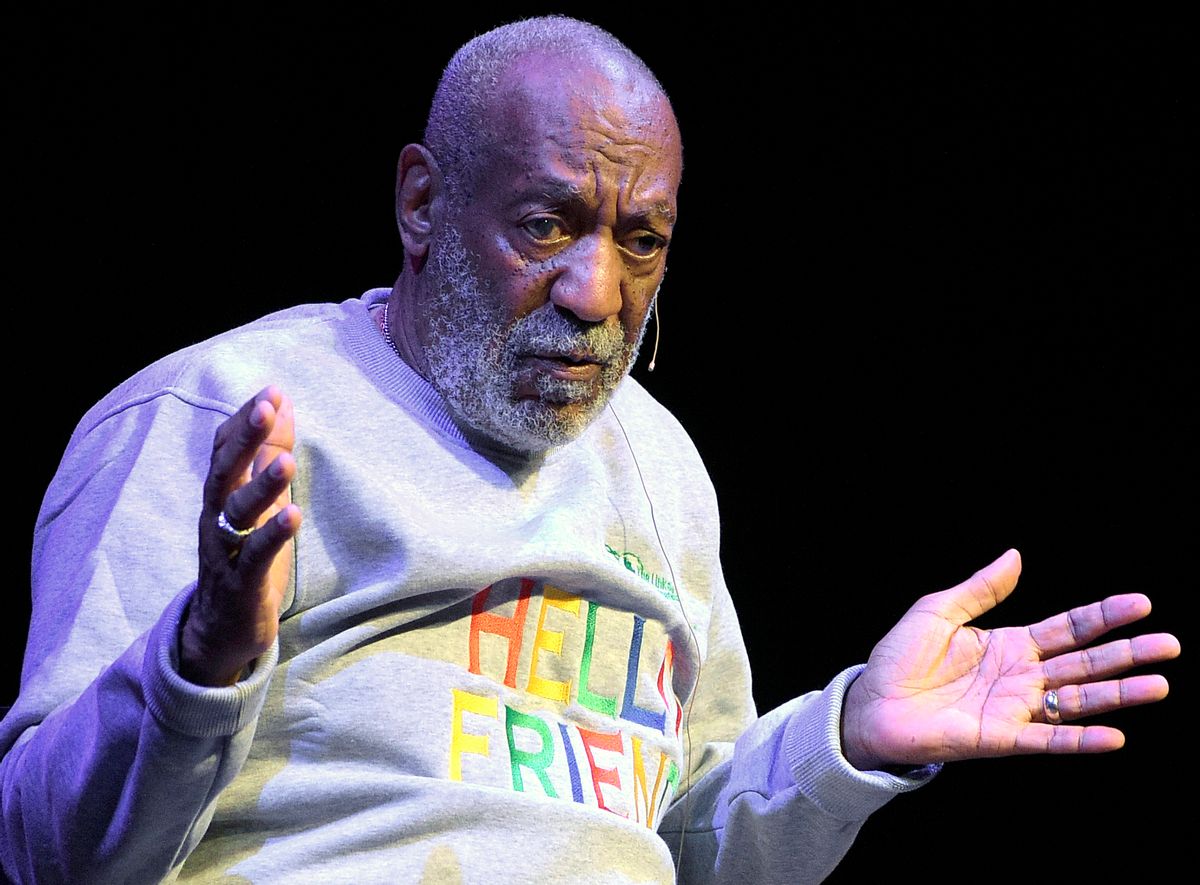 During a press conference arranged by celebrity lawyer Gloria Allred on Thursday, two more women came forward to accuse Bill Cosby of drugging and raping them. Former models Linda Brown and Lise-Lotte Lublin shared their stories of being sexually assaulted in 1969 and 1989, respectively, claiming in two emotional statements that the comedian coerced them into drinking allegedly tainted beverages before sexually assaulting them.

Brown, who says she met Cosby in Toronto when she was 21, claims the star lured her up to his hotel room to give her a gift, then offered her a soft drink that she believes was drugged. She alleges that she woke up naked in Cosby's bed, unable to move or speak, before he raped her.

"I felt dirty, ashamed and embarrassed," Brown said. "I want people to know who Mr. Cosby really is: He has a Dr. Jekyll and Mr. Hyde personality, and if you trust him, then he has fooled you as well."

Lublin's story contains striking similarities, despite taking place 20 years after Brown's alleged assault. The former model met Cosby when she was 23, and accompanied him to a suite at the Las Vegas Hilton, where he allegedly gave her two drinks that left her "dizzy and disoriented," according to her statement:

As I sat with my thoughts, he began to stroke my hair back from my forehead in a petting motion. he was talking but I don't recall what he was saying. This was the last moment of consciousness I remembered until I had flashes of unfamiliar areas of the hotel in the suite.

My next memory was waking up at home. And for me, it felt like several days had passed by. I did not remember driving myself home, yet my car was in the driveway and I was safe at home. I spoke to my mother about the situation and we believed I must have had some reaction to the alcohol.

But Lublin isn't ending her story there. While many of Cosby's accusers have expressed a desire to share their stories once and attempt to move on, the former model is working to change the laws that have prevented her and other alleged victims from taking legal action against the comedian. She is currently petitioning the state of Nevada to abolish the statute of limitations for rape and sexual assault cases, a move that could allow alleged perpetrators such as Cosby to be investigated and potentially charged for decades-past assaults.

"Every victim Bill Cosby has assaulted that has been called a whore and a liar has helped me become a survivor," Lublin said. "He appears to think rape is a joke, but let me tell you something, Bill, I'm not laughing."