Angry, armed and white: Why Craig Stephen Hicks is the face of America's violent extremism

His politics may have been left of center, but the Chapel Hill shooter fits an all-too-familiar pattern post-9/11 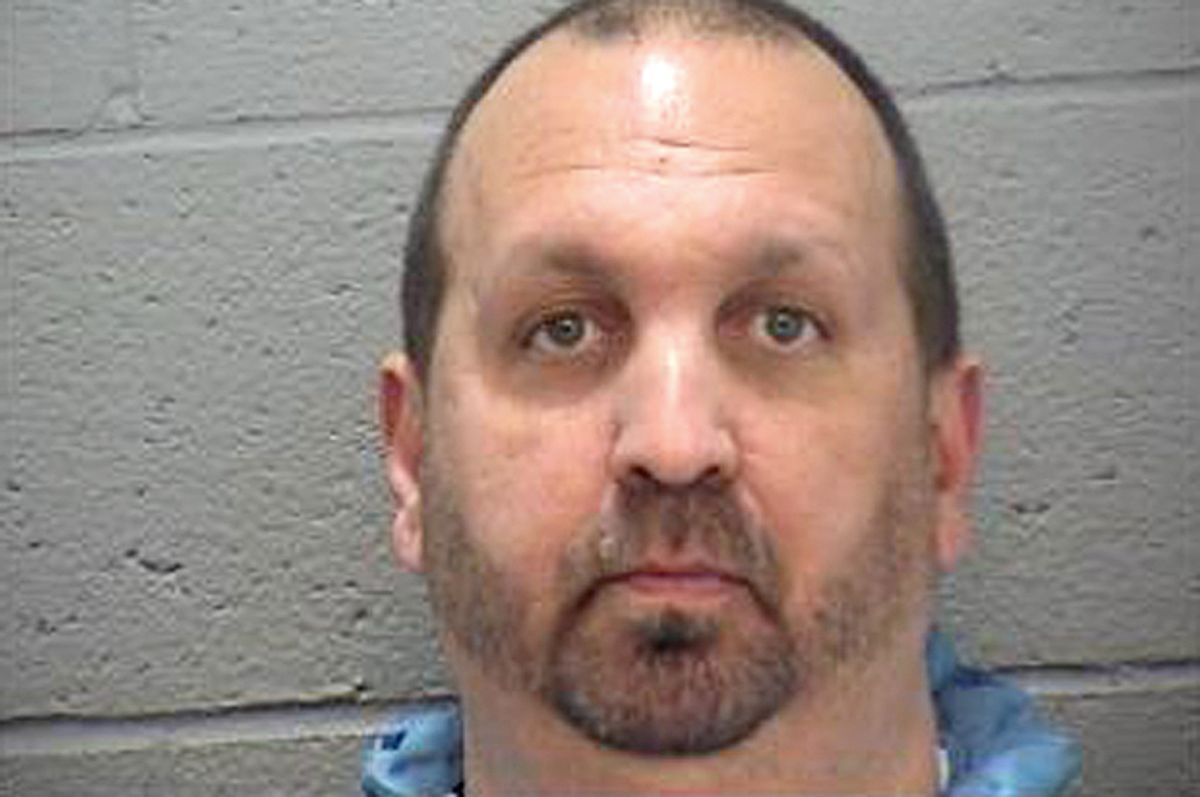 Police in Chapel Hill, North Carolina, say they’re investigating the role racial hatred played in the killing of three Muslim students by suspect Craig Stephen Hicks. They’re saying the 46-year-old white man had a history of fights over a parking space with the victims, suggesting the killings could be reduced to road rage.

Meanwhile, Hicks’ social media posts show that he was an ardent atheist who equally mocked Muslims and Christians, an avid defender of the Constitution’s separation of church and state, and a gun nut who posted pictures of his revolver. The Associated Press quoted neighbors who say “he always seemed angry and frequently confronted his neighbors” and “his ex-wife said he was obsessed with the shooting rampage movie Falling Down" and showed “no compassion at all.”

The Wall Street Journal further reported that the father of two victims, who were sisters, “said this man was hateful. He was picking fights, knocking on their door.” The Journal also said Hicks obsessively called tow truck companies to have his neighbors’ cars towed, and once even met tow truck drivers in the street waving a gun.

We can safely say that Craig Stephen Hicks fits the profile of the most common type of domestic violent extremist—a white man with grievances and guns. Whether he was provoked by road rage, rage against neighbors who wore traditional Muslim clothing, or other simmering grudges and pathologies, his alleged killing of three young Muslims underscores a trend that mainstream U.S. media avoids: that the face of violent extremism in America since 9/11 is predominantly white. Muslims in America, while not exempt from crime, simply do not compare.

There’s no shortage of crime statistics confirming this. A 2001-2015 “Homegrown Extremism” analysis by the New America Foundation parsed the “ethnicity, age, gender and citizenship” of people who killed or violently attacked others, whether they were motivated by jihadist philosophies or other “right wing, left wing or idiosyncratic beliefs.” Of 448 extremists counted, white men who were U.S. citizens outnumbered every other demographic by wide margins.

“Quite a few reports agree, that more Americans have been killed by the radical right since 9/11 than by jihadists,” said Mark Potok, spokesman for the Southern Poverty Law Center, which tracks hate crimes and focuses on the radical right. “Obviously, if you go back one day to 9/11 (2001), nearly 3,000 people were killed.”

Potok said some hate crimes can be simple and spontaneous, while others are more complex to unravel.

“When you look at Chapel Hill, it seems to be a classic case of a very tangled-up motive,” he said. “Who’s to say how much a parking dispute played, or how much this man’s antipathy toward religious people, or Muslims in particular, played a part. The women [who were killed] told their father he didn’t like the way they dressed.”

Chapel Hill police may never determine the precise role racial or religious hatred played, he said, if they can find enough other evidence to try and convict Hicks of murder. That’s because it may be easier to prove he stalked and shot them, no matter what the motives, than to prove what was going on inside his head. “The criminal penalty is often about the same,” Potok said.

The FBI lists nearly 6,000 hate crime incidents in 2013, its latest statistics. Only a fraction of these make the national news, like the Chapel Hill murders. But the big picture, as CNN’s national security reporter, Peter Bergen, reported last April on the anniversary of the Boston Marathon bombing, is that “since 9/11, extremists affiliated with a variety of far-right wing ideologies, including white supremacists, anti-abortion extremists, and anti-government militants, have killed more people in the United States than have extremists motivated by al Qaeda’s ideology.”

Right-wing media, such as Breitbart.com, doesn’t want to hear that analysis. It attacked Bergen—who also works with New America Foundation—for “gimmick” statistics, such as counting “Andrew Joseph Stack, who flew a plane into an IRS office in Austin, Texas, in 2010.” It wrote, “This is surprising given that Stack’s manifesto/suicide note included attacks on the 'monsters of organized religion,' GM executives, health insurance companies, wealthy bankers, [and] 'presidential puppet GW Bush.'"

On Thursday, GOPUSA.com sought to replay that script and portrayed Hicks as a liberal, by reporting his Facebook likes included Rachel Maddow, gay marriage groups, Neil deGrasse Tyson and others. That relabeling is absurd on many levels, because Hicks appears to fit the pyschological profile of violent extremists—regardless of their ideological stripes—and that includes many white Americans.

As the Violence Policy Center noted Thursday, Hicks had a state-issued concealed handgun permit and was a “champion of Second Amendment rights.” Moreover, on Thursday, SPLC issued a report, “Age of the Wolf,” which focuses on how unstable individuals—not organized groups—have become the predominant domestic threat.

The report examines extreme violence in America between April 2009 and February 2015 and found “that domestic terrorism and related radical violence—as opposed to terrorist attacks emanating from overseas" is what plagues the nation. The report comes as the White House will host a summit on violent extremism next week.

“There’s no question the jihadist threat is a tremendous one,” SPLC wrote. “But that is not the only terrorist threat facing Americans today. A large number of independent studies have agreed that since the 9/11 mass murder, more people have been killed in America by non-Islamic domestic terrorists than jihadists.”

SPLC found that “almost half of the attacks during the period apparently were motivated by the ideology of the antigovernment ‘Patriot’ movement, including ‘sovereign citizens,’ whose movement has been described by the FBI as ‘domestic terrorist.’” The other half were from people with “ideologies of hate, ranging from white supremacy to misogyny to radical Islamism.”

Most assailants were not young like the Boston Marathon bombers, but “were clustered most heavily between 30 and 49 years of age, although a surprising number were older than that,” it said. “This suggests that perpetrators spend many years on the radical right, absorbing extremist ideology, before finally acting out violently.”

“The one thing we know is that the psychology has always been the same,” Joe Navarro, a former FBI agent and co-founder of the agency’s Behavioral Analysis Program, said in a Q&A in the SPLC report. “By that, I mean you have individuals who are collecting wounds, they’re looking for social ills, or things that have gone wrong, and they are nourishing these things that they’re ideating, that they’re thinking about. The solution for them is violence.”

“What they have in common is that once they begin to ideate this philosophy, whatever their passion is, whatever their hatred is, whatever their ideology is, they certainly all begin to communicate this to people around them,” Navarro said. “And when we go back and do the post-event analysis, we find that they were talking about this, they were telling people about this, and the people either ignored it, didn’t pay attention or didn’t think it would go any further.”

Potok, the SPLC spokesman, said that domestic law enforcement did not want to believe that white people could be terrorists—or even violent extremists—until Timothy McVeigh bombed the Oklahoma federal building in 1995. Then they shifted gears and focused on many domestic anti-government and ideological groups. But that focus changed, he said, after the 9/11 attacks in 2001, as law enforcement again saw radical Islam as the primary threat.

“But no,” David Neiwert wrote in a recent AlterNet piece, "Why Doesn’t American Media Freak Out When the Terrorists Have White Skin?" “Instead, we are having conversations in Europe and America about how to deal with Muslims.”