A look at 40 years of political humor on "SNL"

For 40 years, "SNL" has provided a satirical voice to cut through all that political noise. 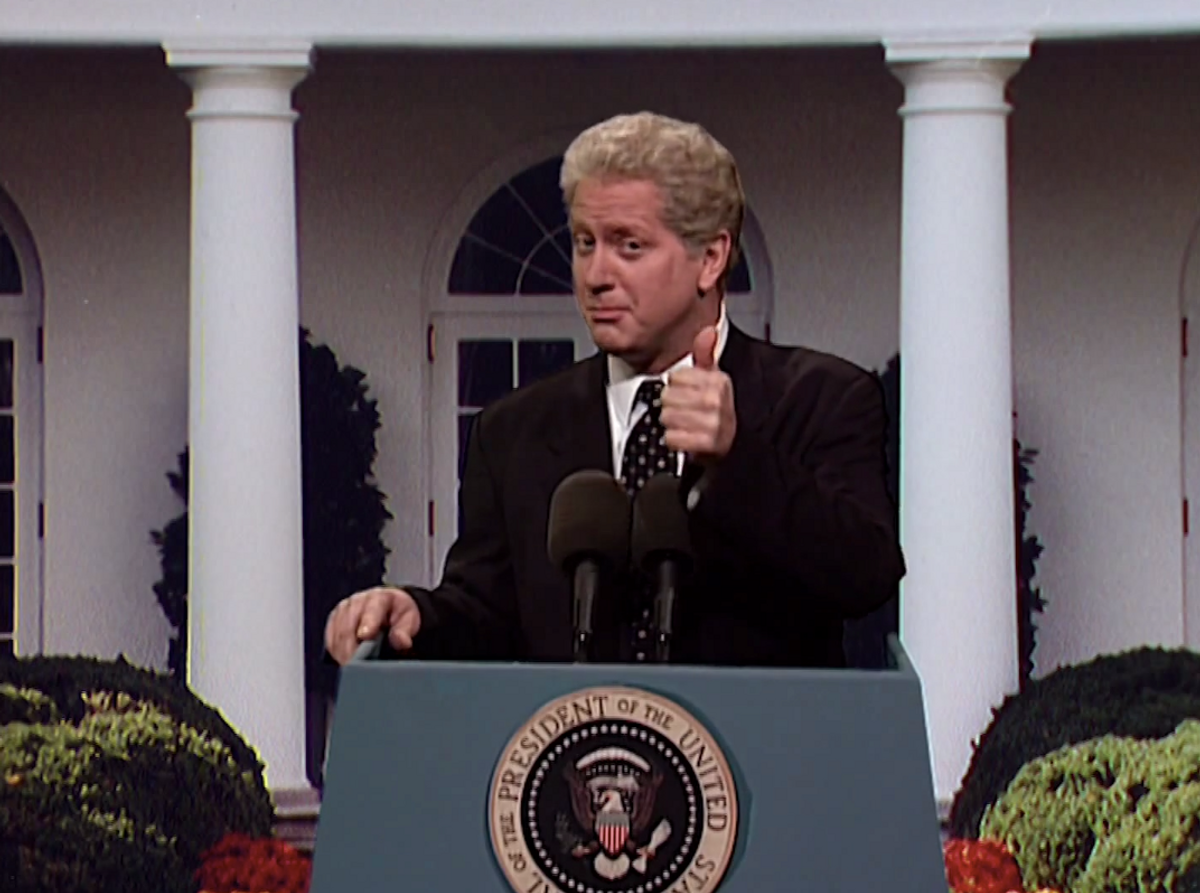 A quick scan of Sunday's "SNL 40" red carpet -- from Sarah Palin (who interviewed alongside faux-nemesis Alec Baldwin) to Rudy Giuliani -- makes abundantly clear that the show has meant just as much to the politicians being parodied as it has to the fledgling comics parodying them.

Jack Nicholson took the stage on Sunday and brought us back to the birth of "Saturday Night Live's" satirical voice in 1975. ("Respect for authority was at an all-time low.")

Sure, the quality of that satirical voice has risen and fallen (and, at times, not been political enough) throughout the show's 40-year run, but most can agree it's hard to imagine a world without Tina Fey's Sarah Palin or Darrell Hammond's Bill Clinton to cut through the noise of a political campaign and all the jargon that inevitably comes with one.