"I can hardly stand the excitement": How Presidents' Day became Shopping Weekend

It’s Presidents’ Day, which means ... let's go shopping? Here's who's really behind this fake holiday -- and why 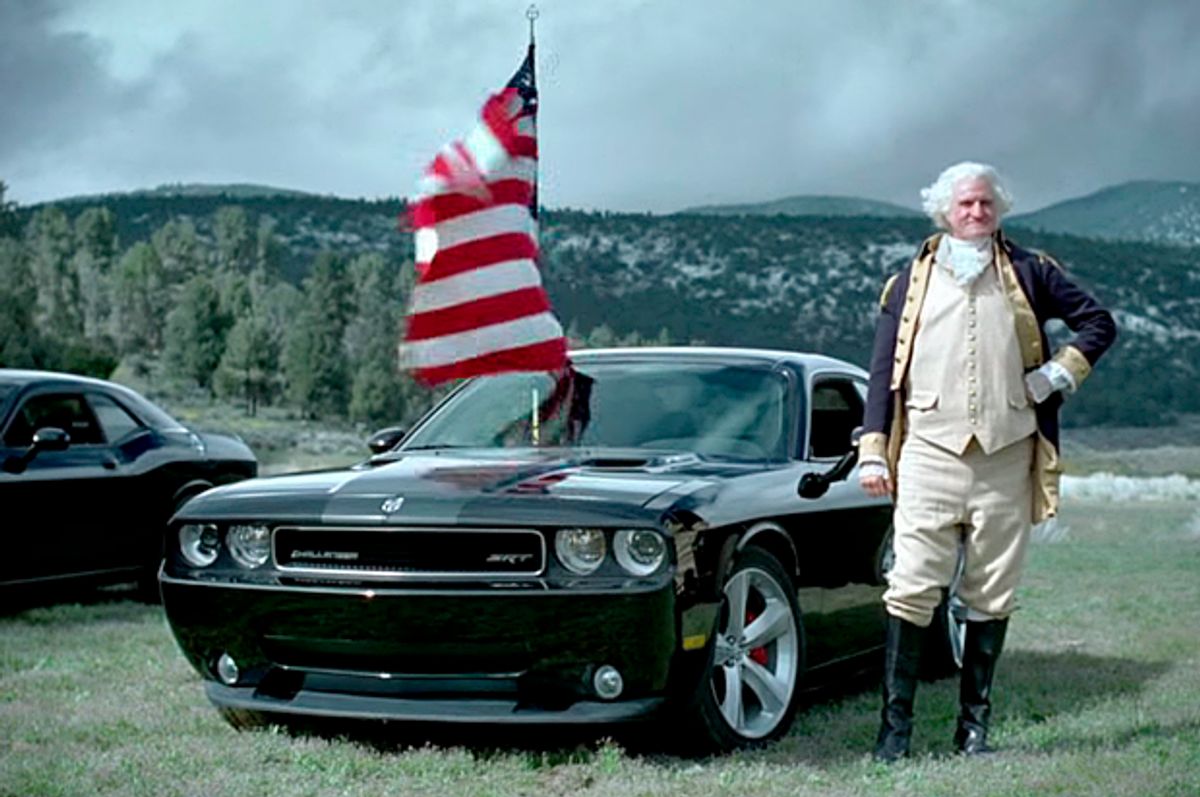 So here’s the first thing you need to know about Presidents’ Day: There's no national holiday of that name. Under federal law, it’s still known as Washington’s Birthday.

But it’s not celebrated on Feb. 22, the day our first president was born. And that’s all because of the Benjamins.

Not Benjamin Harrison, one of our least distinguished presidents. And not Benjamin Franklin, who wasn’t president at all. No, Presidents’ Day now exists to promote ... shopping.

George Washington’s birthday—and, later, Abraham Lincoln’s—were once important public holidays, designed to reconnect Americans with their civic ideals. Today, they simply remind us how principal—that is, the Almighty Dollar—has become the principle in our national life.

Washington’s Birthday was commemorated for the first time by Army officers in 1778 at Valley Forge, where Washington and his ragtag army were holed up for the winter. It became a major celebration after Washington ascended to the presidency in 1789, rivaling only the Fourth of July in the new nation’s roster of patriotic holidays.

In 1796, citizens of Philadelphia were awakened on Feb. 22 by a 15-cannon salute. Other cities marked the day with orations, parades and balls. “The celebration of the birth day of our beloved President has been so great throughout the States as leaves not the shadow of a doubt that he continues to be 'THE MAN OF THE PEOPLE,'” a Worcester, Massachusetts, newspaper blared.

In the mid-1800s, as sectional rivalries gained steam, Northern abolitionists marked Feb. 22 by noting that the great Washington had freed his own slaves. But Southerners invoked the first president on behalf of their “peculiar institution,” too. When 11 states seceded to form the Confederacy, Washington would appear on its national seal—dated Feb. 22, 1862.

After the Civil War, many Americans began to mark the Feb. 12 birthday of a new national martyr: Abraham Lincoln. Lithographs and memorial banners depicted Washington and Lincoln walking arm in arm above the clouds: One hero made the Union, while the other saved it.

In 1879, Congress made Washington’s Birthday into an official holiday. Efforts to recognize Lincoln’s birthday at the federal level were stymied by the South, which preferred to mark Robert E. Lee’s Jan. 19 birthday instead.

But dozens of states and localities declared holidays in honor of Lincoln, who—like Washington--was commemorated by almost every kind of American. Democrats and Republicans, suffragists and prohibitionists, and even socialists and communists all gave tribute to to him on Feb. 12.

The most fervent and consistent Lincoln celebrants were probably African-Americans, who invoked the “Great Emancipator” in their ongoing quest for civil rights. “I care more for Lincoln’s great toe than for the whole body of the perfect George Washington, of spotless ancestry, who ‘never told a lie’ and never did anything interesting,” black scholar and activist W. E. B. Du Bois quipped in 1922.

Du Bois’ nod to “ancestry” was a dig at white Protestant groups like the Daughters of the American Revolution, who bragged of their filial connections to Washington and other founding heroes. Most notoriously, the German-American Bund held a 1939 rally at Madison Square Garden featuring a banner of Washington that was flanked by swastikas along with the Stars and Stripes. “Stop Jewish domination of Christian America,” a second banner blared.

After the Second World War, however, almost all of the political content drained from our Washington and Lincoln celebrations. In part, that simply reflected the passing of the generations. In his popular 1973 song "Grandpa Was a Carpenter," John Prine recalled that his dyed-in-the-wool Republican grandfather had "voted for Eisenhower, 'cause Lincoln won the war." As America aged, fewer of us felt these personal connections to our national past and its heroes.

Nor did that past seem as heroic as it once had. In the wake of the Vietnam War and the Watergate scandals, many liberals eschewed patriotic appeals altogether. On the right, meanwhile, patriotism became an occasion for bland declarations of American superiority. Instead of calling us to our highest ideals of freedom and equality, national holidays devolved into excuses for leisure and consumption.

Starting in the 1950s, travel associations lobbied to move Washington’s Birthday to a Monday so that more people could vacation on it. The U.S. Chamber of Commerce and the National Retail Federation also supported the move to Monday, when it could be tacked on to a shopping weekend.

Congress complied in 1968, designating the third Monday in February as Washington's Birthday. States retain the right to name the holiday, which is known as “Presidents’ Day” in 24 of them; a few others still name it after Washington, and a handful commemorate both Washington and Lincoln.

But we’re so blasé about this holiday that we can’t even decide how to punctuate it. Presidents’ Day seems most grammatically accurate, but you often see it rendered as Presidents Day or even President’s Day.

What you don’t see is the patriotic zeal that used to mark the birthdays of our two great national heroes. Instead, we find Washington and Lincoln adorning advertisements for furniture, electronics and cars. “It’s Presidents Day tomorrow,” author Bill Bryson wrote in 1999, omitting the apostrophe from the name. “I know. I can hardly stand the excitement either.” Can you?