Neither the text nor history is a reliable guide to interpreting the amendment. And don't ask the current SCOTUS 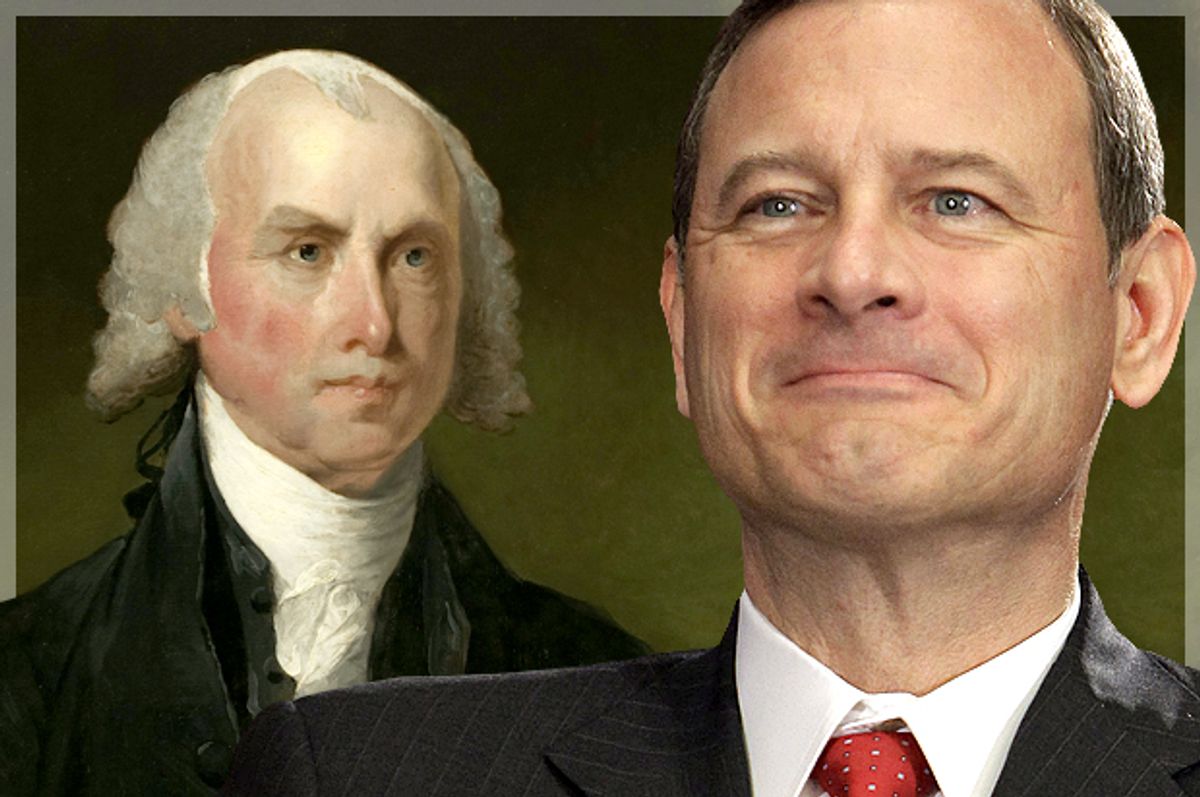 Excerpted from "Madison's Music: On Reading the First Amendment"

Congress shall make no law respecting an establishment of religion, or prohibiting the free exercise thereof; or abridging the freedom of speech, or of the press; or the right of the people peaceably to assemble, and to petition the Government for a redress of grievances.

Neither the Words nor the History Helps Much

The words themselves aren’t much help. Reading the first word, “Congress,” literally would leave the president, the military, fifty governors, and your local cops free to ignore our most important set of constitutional protections. Reading the fourth and fifth words, “no law,” literally would wind up protecting horrible verbal assaults like threats, fraud, extortion, and blackmail. The three most important words in the First Amendment—“the freedom of ”—the words that introduce, modify, and describe the crucial protections of speech, press, and assembly, simply cannot be read literally. The phrase “the freedom of ” is a legal concept that has no intrinsic meaning. Someone must decide what should or should not be placed within the protective legal cocoon. Finally, the majestic abstractions in the First Amendment, like “establishment of religion,” “free exercise thereof,” “peaceful assembly,” and “petition for a redress of grievances” do not carry a single literal meaning. In the end, each of the abstractions protects only the behavior we think it should protect.

So much for the literal text.

History (or what’s sometimes called originalism these days) is even worse as a firm guide to reading the First Amendment. The truth is that the First Amendment as we know it today didn’t exist before Justice William Brennan Jr. and the rest of the Warren Court invented it in the 1960s. In fact, history turns out to be the worst place to look for a robust First Amendment. Thomas Jefferson thought free speech was a pretty good idea, but the ink wasn’t dry on the First Amendment before President Adams locked up seventeen of the twenty newspaper editors who opposed his reelection in 1800. One of the jailed editors was Benjamin Franklin’s nephew Benjamin Franklin Bache. He died in jail. Despite the newly enacted First Amendment, not only did the federal courts remain silent in the face of Adams’s massive exercise in government censorship; they often initiated the prosecutions. Matthew Lyon, Vermont’s only Jeffersonian member of Congress, was jailed for four months and fined $1,000 for criticizing the president in his newspaper. Lyon had the last word, though. He was released just in time to cast Vermont’s swing vote for Thomas Jefferson when the presidential election of 1800 was thrown into the House, helping to seal Adams’s defeat.

The nineteenth and early twentieth centuries were free-speech disasters. Before the Civil War, antislavery newspapers were torched throughout the North. All criticism of slavery was banned in the South. Slaves were even forbidden to learn to read. During the Civil War, President Lincoln held opponents of the war in military custody for speaking out against it. After the Civil War, labor leaders went to jail in droves for picketing and striking for higher wages. Labor unions were treated as unlawful conspiracies. Radical opponents of World War I were sentenced to ten-year prison terms and eventually deported to the Soviet Union—for leafleting. In 1920, Eugene Debs polled more than one million votes for president from his prison cell in the Atlanta federal penitentiary, where he was serving a ten-year jail term for giving a speech in 1917 praising draft resisters. Released in 1921, Debs, his health broken, was banned from voting or running for office; he died in 1926. After World War II, fear of communism translated into jail or deportation for thousands of political radicals guilty of saying the wrong thing or joining the wrong group, culminating in 1951 with the Supreme Court’s affirmance of multiyear jail terms for the leadership of the American Communist Party, despite its status as a lawful political party.

So much for history, unless you want to erase the First Amendment.

A Tale of Two Readings

Disagreement over the relative importance and persuasiveness of the three usual candidates for the First Amendment’s underlying purpose—preserving free markets in ideas, respecting human dignity, and avoiding government censorship—has split the current Supreme Court into two First Amendment wings: “deregulatory” and “aspirational.” The five current Republican justices, intuitively drawn to unregulated markets, supportive of the rhetoric (if not always the reality) of personal autonomy, and intensely suspicious of government regulation in any setting, tend to read the First Amendment as an iron deregulatory command. Once the five Republican justices have taken the government out of the speech-regulation game, they don’t worry much about what goes on in the vacated space, as long as it doesn’t interfere with their parallel commitment to stable hierarchies. Speakers at the bottom of hierarchies, such as public employees, prisoners, soldiers, and high school students, don’t get much free-speech protection from the five Republican justices, but corporations, wealthy ideologues, and big media receive intense deregulatory protection.

The four Democratic justices, suspicious of wholly unregulated markets and intuitively drawn to a more egalitarian vision of human dignity, are more tolerant of government efforts to level the speech playing field. They read the First Amendment as an aspirational vision of a tolerant self-governing community. Unlike their deregulatory colleagues, the four aspirational justices are willing to uphold government regulation of the electoral speech of corporations and wealthy individuals aimed at protecting political equality and are more sympathetic to speakers at the bottom of a hierarchy.

Much of the time, the Court’s deregulatory and aspirational wings beat in harmony. Because deregulation of the speech process usually coincides with aspirational concerns about respect for human dignity, the two wings have combined in recent years to forge the strongest First Amendment Supreme Court in our history. It’s no coincidence that the iconic Supreme Court decisions in 1989 and 1990 holding flag burning to be protected by the First Amendment turned on the votes of three aspirational and two deregulatory justices. But the wings do not always agree. In settings where the deregulatory First Amendment allows the speech process to be dominated by the strong to the detriment of the weak, the Court often splits 5–4 over the constitutionality of efforts to restrain overly powerful speakers, enhance weak ones, and protect vulnerable hearers.

Until now, believers in an aspirational First Amendment have been hampered by the diffuse nature of their goals. Apart from an ill-defined romantic link to Justice Brandeis’s idea of human dignity and a formulaic invocation of Justice Holmes’s free-market metaphor, there hasn’t been much discussion of exactly what the aspirational First Amendment aspires to. Justice Breyer has begun to root his aspirational reading of the Constitution in respect for democratic governance. I hope to build on his intuition by providing an aspirational footing based on the forty-five words that make up the First Amendment, especially their remarkably disciplined order and structure.

Don’t get me wrong. I’m not an expert on Madison’s psyche. I don’t insist that he or his colleagues sat down and composed the First Amendment with democracy in mind—although I strongly suspect that they did just that. It is enough that what finally came out of Madison’s quill pen in the summer of 1789 was a precisely organized textual blueprint for a robust democracy. Madison’s First Amendment text brings together six ideas—no establishment of religion, free exercise of religion, free speech, free press, free assembly, and the right to petition for redress of grievances—in a rights-bearing document for the first time in human history and deploys the six ideas in a rigorous chronological narrative of free citizens governing themselves in an ideal democracy. What matters today is not holding midnight séances with long-dead rich white men in a search for some fictive authorial purpose, but the enduring reality of the text—the order, placement, and meaning of the forty-five words themselves.

Copyright © 2015 by Burt Neuborne. This excerpt originally appeared in "Madison’s Music: On Reading the First Amendment," published by the New Press. Reprinted here with permission.