Ukraine is the new Iraq: Why history is repeating itself in Eastern Europe

No, America isn't sending troops -- yet -- but the battle over whether to arm Ukraine is eerily reminiscent of 2003 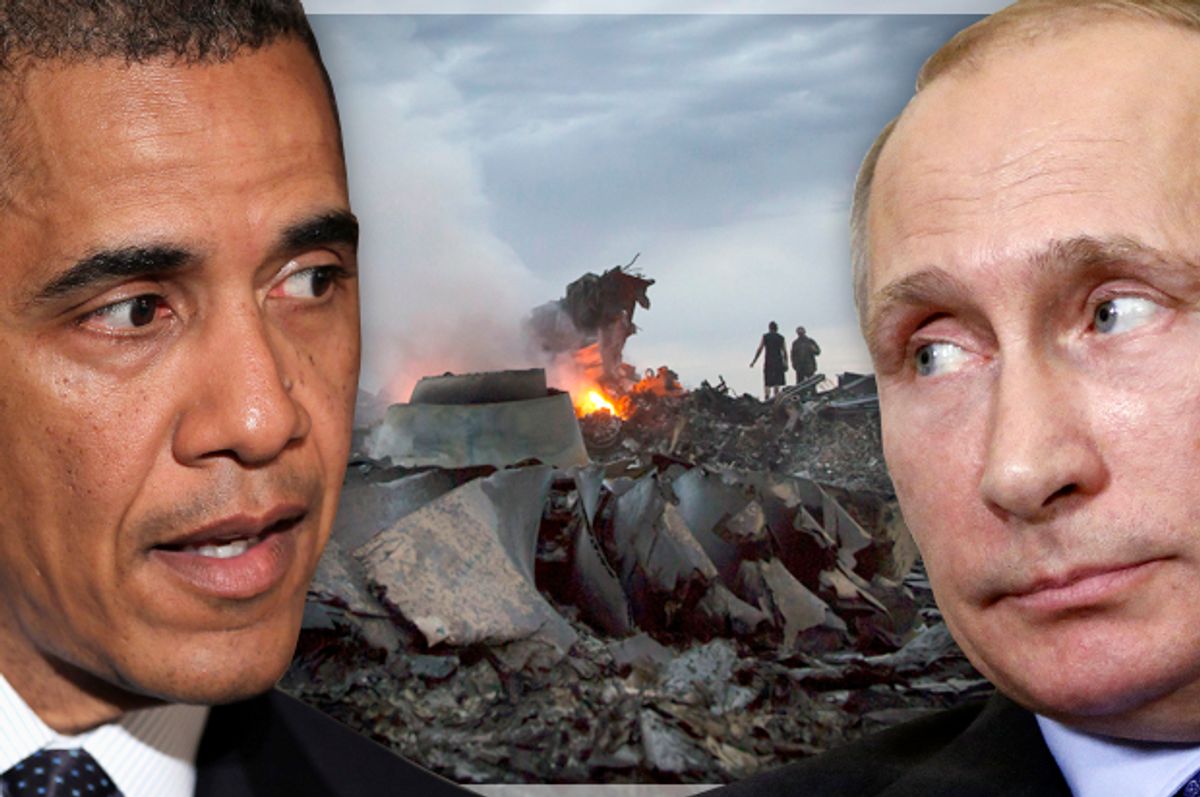 The battle between the transatlantic partners over whether or not to arm Ukraine “defensively” is eerily reminiscent of the dispute in early 2003 when the U.S. government moved to war against Iraq.

It provides no comfort that then-Secretary of State Colin Powell delivered on February 5, 2003, his now infamous, dishonest, if not deliberately misleading talk at the United Nations about Iraq’s failure to disarm – almost exactly 12 years ago.

So here we are again. Congressional voices in Washington are once again beating the drums of war. There are some significant differences – this time, there is no talk of an attack by the U.S. military.

The commotion is about “only” providing defensive weapons to Kiev – a slippery slope, as most Americans surely know, given the disaster of the Vietnam War.

In addition, the U.S. mainstream media are acting with more restraint. Chastened by their mindless drum-beating against Iraq in 2003, they now focus on reporting the news, rather than promoting the warpath.

So much for the differences, what about the similarities and the lessons learned from the 2003 episode? They are stunning indeed. I see eight important considerations that need to be kept firmly in mind.

The conduct of international relations at any time, but especially in moments of real tensions with real adversaries, is akin to engaging in a game of three-dimensional chess.

That’s why it is worrisome that the hawks’ camp in Washington – with Ukraine now as with Iraq then – tries to reduce it all to a one-dimensional chess game. In any game of chess, never mind one against Russia, that is a self-defeating “strategy.”

Worse, as with Vietnam in the 1960s, the U.S. advocates of military steps in Ukraine seem to be thinking only one step ahead. Other than wishful thinking, there is little analysis of what happens after defensive weapons are delivered.

The willingness of the warmongering camp in Washington to reduce complexity to one single consideration is amazing.

In early 2003, all the manifold questions that needed asking and the intense consideration – about order in the Middle East, using the UN for international enforcement action, how to deal with despots, to name but three – were reduced to just one: Does Saddam Hussein have weapons of mass destruction?

While this monomaniacal approach was obviously designed to generate national “will” for action, it also had tragic consequences for U.S. interests.

As in Iraq back then, so it is in Ukraine now: There are about a hundred important questions that have to be asked about Ukraine and its future. The question of whether it should be armed with help from the West is one of many, but certainly far from the most important. And it is far from the only one.

Washington always has its set of trigger-happy individuals. Then as now, U.S. Senator McCain, chairman of the Armed Services Committee, of “bomb, bomb, bomb” charm, is in the forefront. His advocacy of going after Hussein did not turn out so well. Why listen to him now?

The same goes for certain Administration officials, such as U.S. Assistant Secretary of State Victoria Nuland – she of “F*** the Europeans” fame (and her equivalents during the Bush Administration). Their “deformation professionelle” often is rooted in starting to obsess about one issue or one country – to the exclusion of most other matters.

The evidence is clear: The belief that taking military actions solves problems is irrational. It has many blowback effects, which are rarely, if ever, considered in the heat of the action.

Fierce rhetorical grandstanding does not serve U.S. interests well. It not only constrains the diplomatic maneuvering space. It also obscures the reality that almost nothing in the real world is black and white. Almost everything is a choice among different shades of grey. That is a reality that war hawks cannot cope with.

4. What is the strategy on Ukraine?

Ukraine suffers from many self-inflicted weaknesses. That its military the will always be smaller than the Russian military is not really one of them. That’s a fact of life – and will always be so.

Get The Globalist’s latest headlines in your email inbox three times a week. Sign up here.

What Ukraine really needs to focus on is to lay the groundwork for a better future for itself. That means putting an end to the still rampant corruption, as well as serious administrative and economic reforms.

That is the only thing that will make a real difference for young Ukrainians and their future. Without reforming the state, military success is unlikely anyway.

And yet, a quarter century after independence, the best that can be said is that a still rather feeble effort at such reforms is being made. There is a serious risk that the focus on the military conflict with Russia, will delay and distract from delays any effective implementation of it even further.

The Maidan events were stunning indeed. They hold promise for a productive future for young Ukrainians.

However, the truth of the matter is that their country’s political leaders, under many different political stripes, have essentially treated the country as a plundering ground for themselves and their cronies. Mr. (now ousted) Yanukovich and his crowd were far from the only ones who engaged in this debilitating game.

In all the Western focus on Eastern Ukraine, that reality is getting completely lost. Despite their fierce military conflict, Russia and Ukraine are very similar in terms of the dishonesty that has prevailed in their respective political and administrative structures for decades.

The United States, whose history underscores the importance of having properly set up institutions as a facilitator of economic development, ought to advocate strongly in that direction. But that focus is getting lost.

All of which points to a pivotal difference between 2003 and 2015. All indications are that the Obama team, with its just announced preference for “strategic patience” in its new National Security Strategy, is actually cut out of the same cloth as Angela Merkel.

Indeed, there may be few global leaders who are using the concept of “strategic patience” more aggressively than Merkel.

Her opposition to military action in Ukraine in Europe matters greatly. It also offers Obama a shield in the debate within the United States.

7. Economic realism to the forefront

There is lip service being paid to the vast financial needs of keeping Ukraine from collapsing – to the tune of at least $50 billion ASAP.

Aside from the inconvenient fact that nobody is willing to offer up anywhere near that kind of money, there are other problems too: The biggest one of them is that European leaders are already engaged in some very important battles about economic restructuring. That binds tremendous time resources.

Second, Ukraine needs to find a political and economic modus vivendi with Russia that is not rooted in military approaches – an issue area in which Ukraine, by definition, will always come up short.

And however big the structural problems are in Russia’s economy, those in Ukraine’s are much bigger still. It is a country with precious few assets – and tremendous resource needs.

Hard as that is, that requires the Ukrainian leadership to make some very hard choices. Getting high on hawkish signals sent out by some in Washington about a military fight with Russia isn’t something that Petro Poroshenko can actually take to the bank.

Articulating those points in private and in public does not mean that Merkel is soft on Russia and/or Putin. The same people in Washington who are adamantly ringing the war bells now were very dubious about the German government’s willingness to pursue sanctions against Russia.

Well, it did – and Merkel continues to lead the effort in Europe against those that are soft-kneed.

A favorite pun of the hawks’ camp in Washington is to say, “Europeans are from Venus, while Americans are from Mars.” Given increasing American hesitation to engage in yet another heedlessly started military conflict, we may be making progress.

Europeans are from Earth. So, it seems, are most Americans under the prudent leadership of Mr. Obama.