"All this crap I've put up with": The greatest (and worst) ever responses to political heckling

In 1992, Bill Clinton put on a master class in responding to hecklers. Ronald Reagan? Not so much 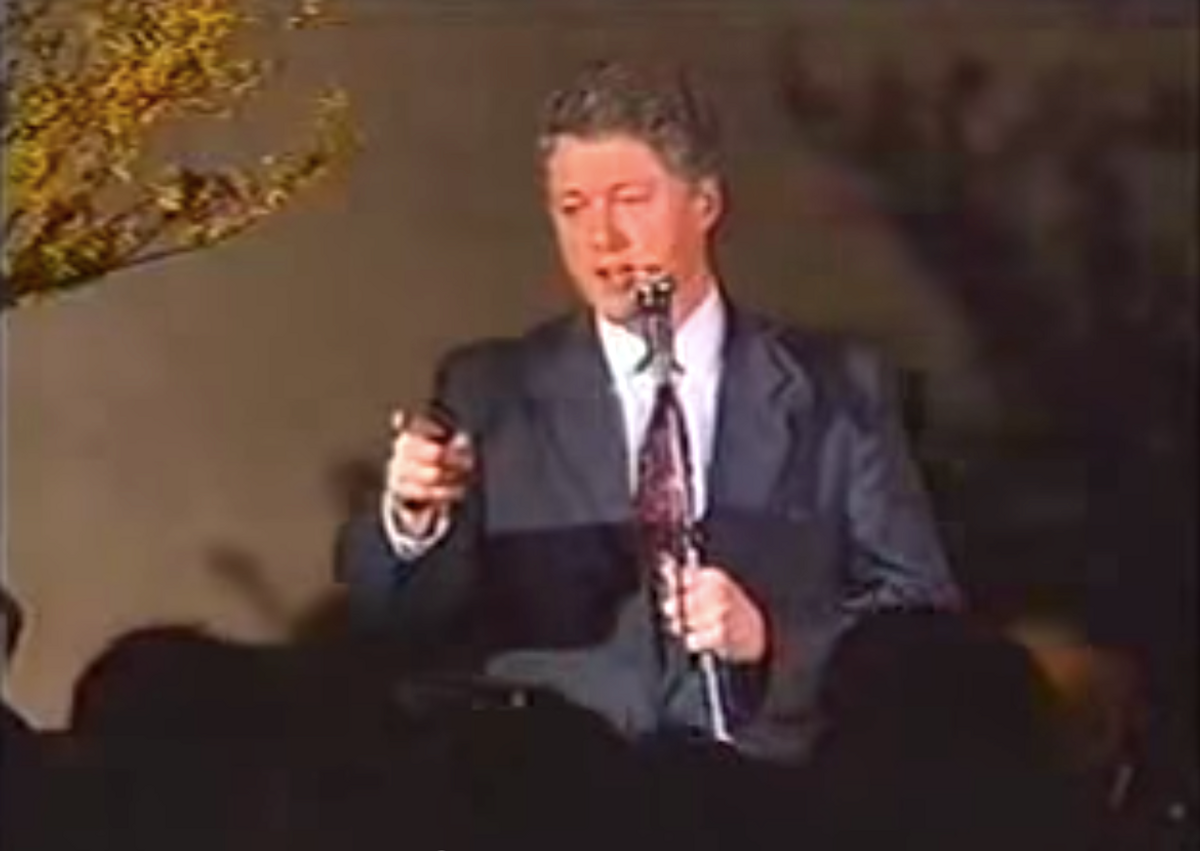 Every politician is bound to get heckled while delivering a speech at some point during their term—it’s the nature of the First Amendment. Some politicians, like President Obama, are great at heckler comebacks. Others, like John McCain, are just plain horrible at handling unscripted outbursts.

Liberals seem to have a better sense of humor when it comes to hecklers, rolling with the punches and retorting with zingy barbs. Conservatives, on the other hand, usually handle the situation by adopting bully tactics to shut the hecklers down.

As a comedian, I’d like to chart a history of politicians being heckled during speeches and rate their performances. All I can say to most of them is, don’t quit your day job!

McCain’s Comeback: “Get out of here, you lowlife scum.”

Comedian’s Perspective: When on stage, never, ever show the audience a heckler has gotten to you; it’s a sign of amateurism. CodePink co-founder Medea Benjamin commented on McCain’s retort, saying, “I thought he was a little bit more of a polished politician than that. He lost his cool.”

Obama’s Comeback:“You kind of screwed up my ending, but that’s okay….”

Comedian’s Perspective: Perfect heckle comeback: show that you’re human, kill them with kindness, and then tag your comeback line with something sharp like: “We've got free speech in this country, which is great, too."

Hecklers from the Occupy movement tried to disrupt Sarah Palin's 2012 CPAC speech, in which she regularly turned President Obama's rhetoric against him. They called out, "Change that we can believe in, change we need. We can't wait; our country hangs in the balance."

During a speech at the American Academy of Pediatrics in San Diego, Hillary Clinton was interrupted by a man who heckled her using a bullhorn. The man also tripped the bullhorn’s alarm, causing Clinton to flinch and stop speaking.

Clinton’s Comeback:"You know, there are some people who miss important developmental stages.”

Comedian’s Perspective: Well done, Mrs. Clinton! Not only did she zing this heckler in his place, she also tailored her comeback line specifically to the audience of pediatricians. You’ve been served!

Sometimes words aren’t enough. During a speech at Iraqi Prime Minister Nouri-al Maliki’s palace in Baghdad, a disgruntled Iraqi journalist heckled the then-president by hurling his shoe at him and shouting, "This is a farewell kiss from the Iraqi people, you dog!" He then threw his other shoe at Bush’s head.

Bush’s Comeback: “So what if a guy threw a shoe at me?” He shrugged, and added, “That’s what happens in free societies.” (The man was taken into custody and tortured.)

Comedian’s Perspective: Much like at a comedy club, Bush elected to have the security staff throw the heckler out. Then he was just a dick about the whole thing.

During a speech at Miami Dade College, Vice President Joe Biden was confronted by a heckler who shouted, “Stop deporting our families.”

Biden’s Comeback: "We'll do that too, kid—but let me finish my speech."

Comedian’s Perspective: Great retort; brevity is the soul of wit. Instead of ostracizing the heckler, Biden manages to make the person feel like he’s part of the community, and then tags the heckle comeback with a funny reprisal that plays into the situation.

During a 1980 speech in Michigan, President Ronald Reagan was interrupted by a heckler while delivering the uncontroversial line: “There are cities in Michigan….” He uttered the line twice before launching into an astute comeback.

Comedian’s Perspective: This is the New York comic's style of losing your cool and simply shouting at a heckler, “Go fuck yourself!”

New Jersey Governor Christie was addressing a crowd of 350 people on the second anniversary of Hurricane Sandy when a heckler—holding a sign reading “Families Back Into Their Homes/Finish The Job"—criticized the pace of the storm recovery.

Christie’s Comeback: “Sit down and shut up!”

Comedian’s Perspective: Christie is such a phenomenal dick, and here he once again proves he’s a man utterly lacking in class and dignity. I’m surprised he didn’t block all the lanes of traffic leading to the heckler’s house.

In 1992, Bill Clinton was running for president for the first time and was speaking in favor of condoms in public schools when an activist heckled him. Clinton grabbed the mic Elvis-style and swiftly gave the heckler a lecture about being courteous.

Clinton’s Comeback: “Would you just calm down? Let me tell you something. If I were dying of ambition, I wouldn't have stood up here and put up with all this crap I've put up with for the last six months. I'm fighting to change this country.”

Comedian's Perspective: Clinton should have ended his heckler comeback by simply dropping the mic and walking off stage to a standing ovation.