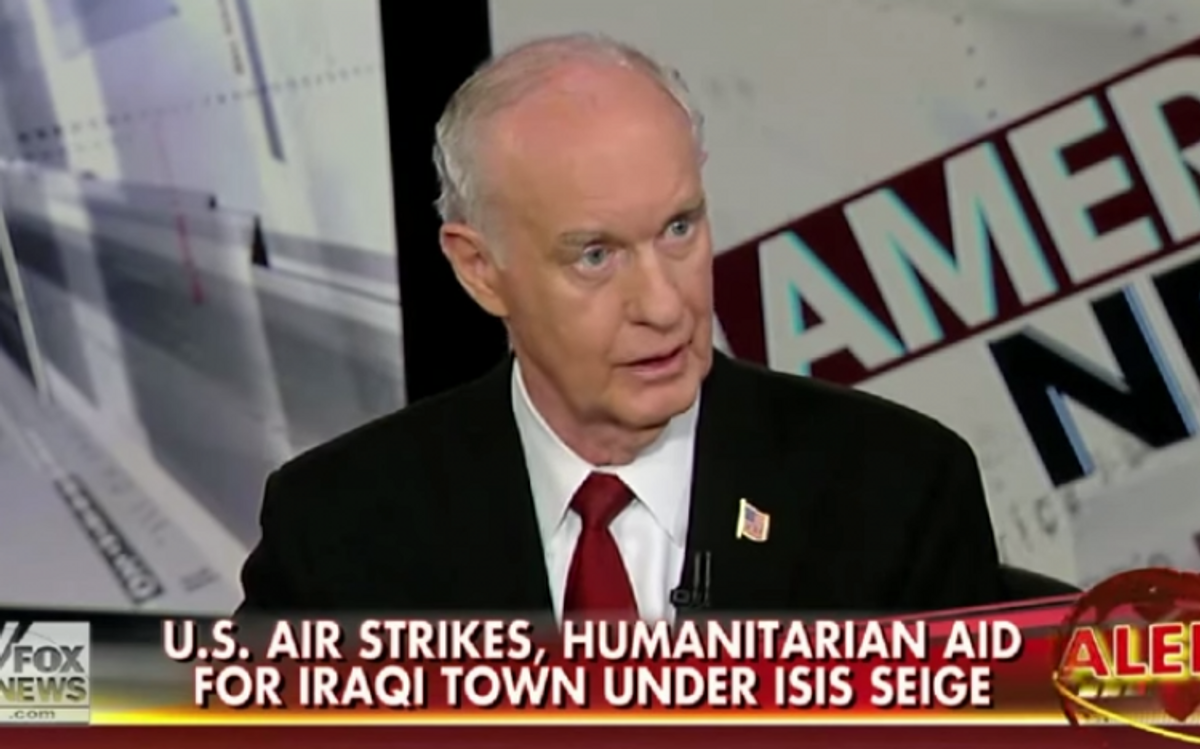 Fox News contributor Thomas McInerney seized on the recent execution of 21 Coptic Christians by terrorists loyal to the Islamic State to assert that Islamist sleepers may be embedded in the Obama White House.

In a Monday interview with World Net Daily's Radio America -- the kind of forum one would resort to when one's ideas strike even Fox News as a bit harebrained or fringe -- McInerney, a retired Air Force lieutenant general, castigated the White House response to the Christians' execution, which took place in Libya. While the White House's statement said that the killings showed the Islamic State's "barbarity" and condemned the group's "wanton killing of innocents," McInerney took umbrage that the statement never referred to the victims' religion.

Asked why that might be, he replied, "Maybe we have some Islamists embedded in the White House. Whatever it is, it is absolutely bizarre."

While McInerney found the administration's response to the latest Islamic State atrocity inadequate, President Obama has been forthright in condemning the group's brutal treatment of religious minorities -- including in the most recent statement, which noted that the Islamic State "is unconstrained by faith, sect, or ethnicity." Moreover, while conservatives panned Obama's National Prayer Breakfast speech for its references to Christian violence, Obama used the occasion to denounce the Islamic State as a perversion of Islam and to lambaste the group's practice of "terrorizing religious minorities."

McInerney is hardly the first conservative to allege Islamist infiltration of the Obama administration. In 2012, a group of House conservatives, including Michele Bachmann (R-MN), Trent Franks (R-AZ), and Louie Gohmert (R-TX) charged that the Muslim Brotherhood had gained a foothold in the corridors of American power, specifically and baselessly singling out Huma Abedin, chief of staff to then-Secretary of State Hillary Clinton.

Listen to McInerney spew his conspiracy theory below, via Right Wing Watch: