Nye appeared on MSNBC's "The Reid Report" on Monday evening 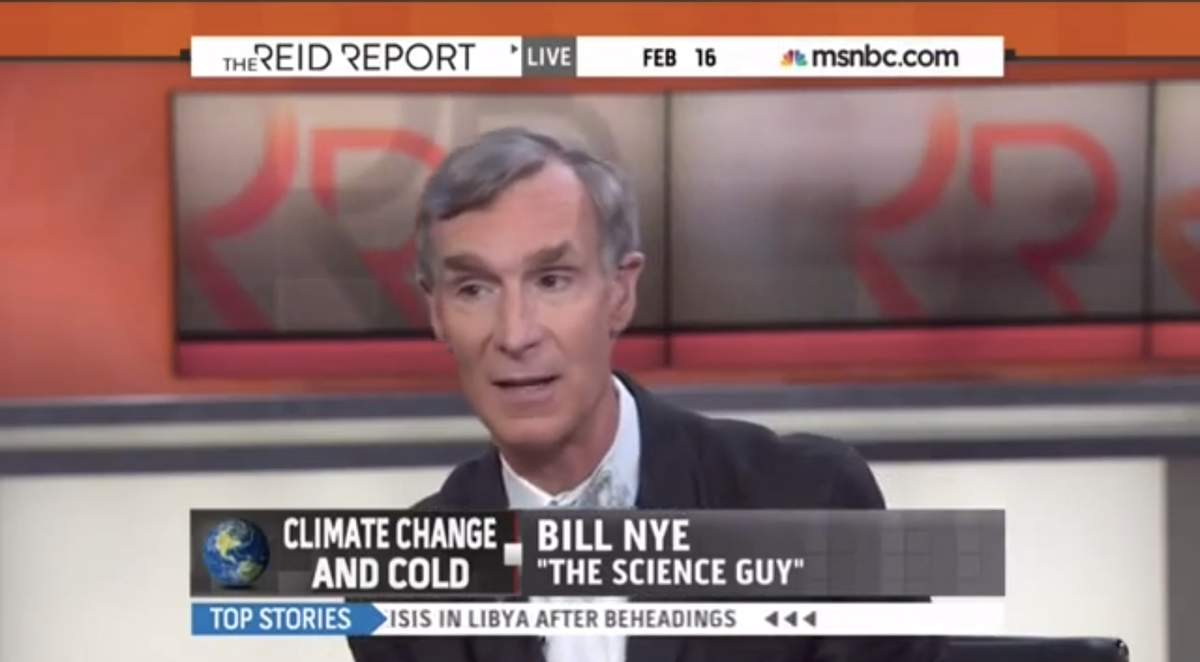 On Monday afternoon, Bill "The Science Guy" Nye spoke with MSNBC's Joy Reid about climate change and the brutally cold weather the Northeast has been experiencing.

"Let's not confuse climate change with global warming," Nye warned. "The world is getting warmer. There's more carbon dioxide holding in more heat. So when the climate changes, some places get colder and the thing that's really consistent with climate change models is this variance."

"I will say to the conservatives, we need you," he said. "This is to say we can't have everybody be a progressive liberal bleeding heart and so on, so on. We need people on both sides. But if the conservative side are going to continue to deny what 97 percent of the scientists in the world are saying, we're not going to reach a consensus. We are not gonna make progress."

"And I get a sense that-- if I can use the term they --know this they're saying repeatedly, well I'm not a scientist so therefore I cannot have an opinion on this, but you're a human running around in Boston or Louisville and you can look at the graphs as much as anyone."