"It was big shoes to fill": Edward Norton on his epic Stefon cameo on "SNL 40"

"The best you can do is do Hader doing Stefon." 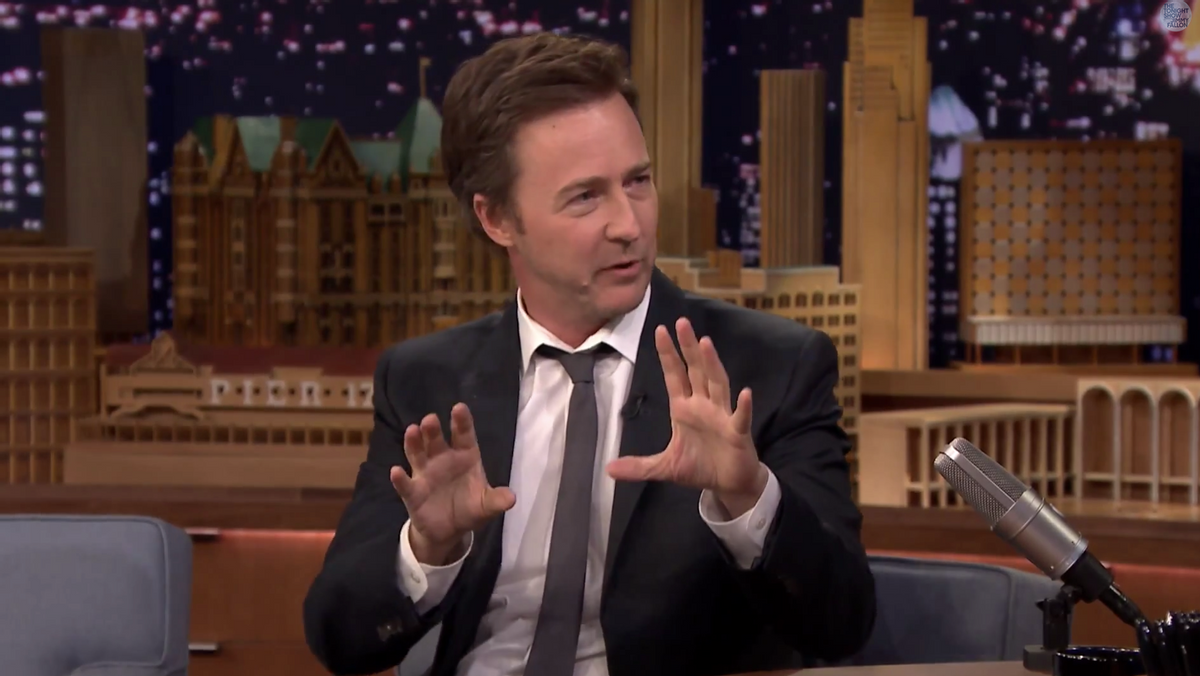 One of the most impressive character tributes Sunday's "SNL 40" gave us was Edward Norton's Stefon, a guest on Weekend Update with the hook-up on all New York's hottest clubs.

The three-time Academy Award nominee has an impressive resume of dramatic roles, including his recent supporting role as Mike Shiner in "Birdman." And that's precisely why, Norton joked with Fallon on Monday's "Tonight Show," that he was placed on a tiny stool next to Hader at the Weekend Update desk as revenge.

"I felt like this was like the way comedians get back at dramatic actors -- I was tiny," Norton said. He went on to say: "It was like the Hobbit Cam."

You heard it: Bill Hader is not actually a foot taller than Norton.