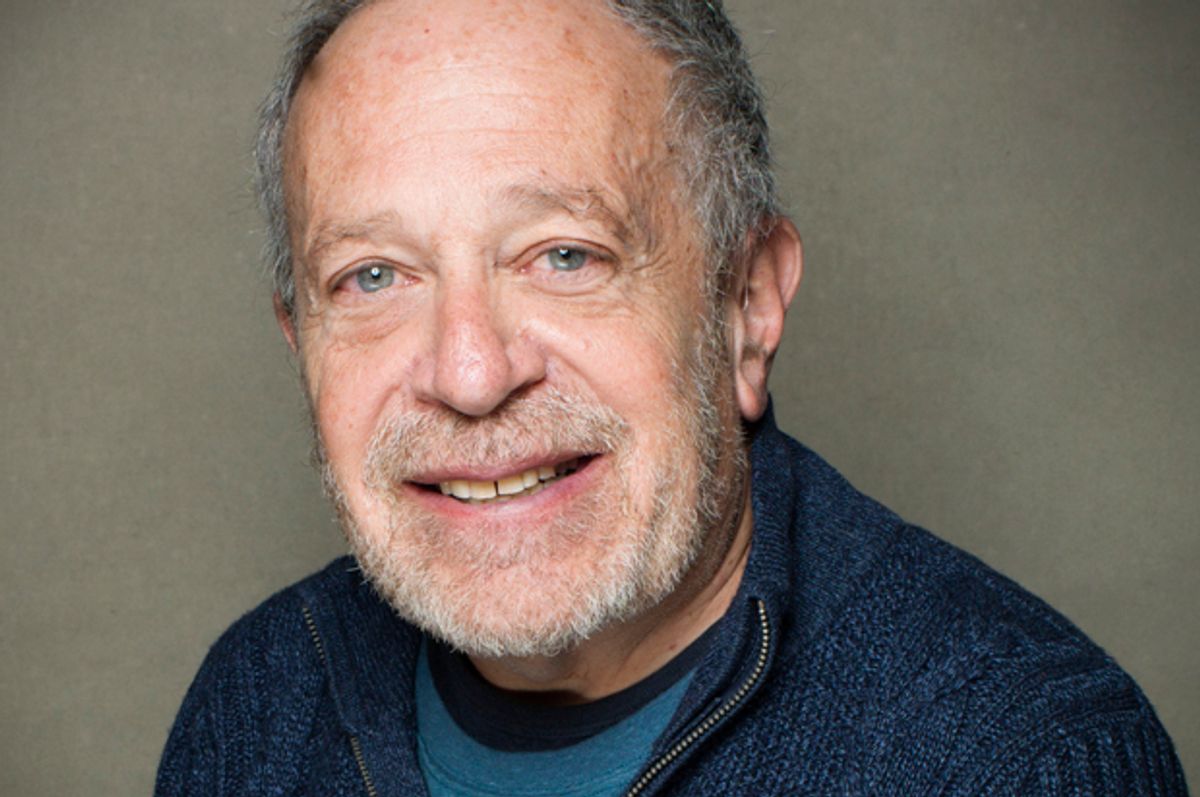 The market for clearly, cogently and concisely explaining why American society is so riven with economic inequality — and why it'll be so hard to reverse — is, unfortunately, booming. But even in a crowded field, University of California, Berkeley, professor and former Secretary of Labor Robert Reich is a distinctly able guide to understanding the political economy of the United States in the Second Gilded Age. If you haven't already, check out "Inequality for All," the 2013 documentary he made with Jacob Kornbluth, to see for yourself.

With the Republican Party's supposed embrace of inequality politics in the news as of late, Salon figured now would be a good time to chat with Reich about what politicians from both parties are calling the greatest challenge of our time. We also touched on the controversial Trans-Pacific Partnership, the policies Democrats must embrace to reverse inequality, and why the economy is not necessarily as healthy as it seems. Our conversation is below and has been edited for clarity and length.

Former Florida governor and likely 2016 presidential candidate Jeb Bush recently gave a speech about inequality — except he referred to it as “the opportunity gap.” Why is viewing the issue from an opportunity lens rather than an equality lens less than ideal?

Because the opportunity lens doesn't deal with two big facts, one economic and one political.

And the political fact?

The [political] fact is power. By focusing on equal opportunity, it's easy to lose sight of the effects of concentrated income and wealth on political outcomes, simply because people at the top now have so many more resources to effect those political outcomes. As money moves upward, so does political power. That political power is increasingly used to shape the economy, whether we're talking about the preference for austerity over job growth; or corporate welfare, in terms of all the tax subsidies and direct subsidies that big corporations are receiving; the decline of antitrust as a weapon to constrain the power of large corporations and Wall Street; or the significant decline in labor unions.

We're facing a vicious cycle in which more and more of the nation's resources are going to a smaller and smaller sliver of people at the top who, in turn, are exercising more and more political power over how the economy is organized, which gives them even more resources.

Which might explain the story behind my next question, which is about the Trans-Pacific Partnership. Do you think there's a way for someone to be a proponent of the TPP while also taking the issue of economic inequality seriously?

It would be very difficult, unless they do a kind of mental gymnastic or mental acrobatic that equates the distortion of the truth. The plain fact is that the Trans-Pacific Partnership is going to undermine all sorts of labor protections as well as consumer and environmental protections. It's going to enlarge intellectual property rights and thereby increase prices for many consumers, and it's going to further the race to the bottom in all sorts of respects.

The administration is quietly stating that the reason for the TPP is not economic, it's all about China and constraining China's power. That argument makes no sense. All the TPP does is it gives large global companies, some of them headquartered in the United States, more power. There's no reason to believe that even global companies headquartered in the United States are going to bend to the wishes of an administration in Washington more than they will bend to the wishes of any administration anywhere where they want to do business.

I've heard that former Secretary of State Clinton's office has reached out to you. What are some economic policies that you would consider imperative for her or for the next Democratic nominee to be pushing in 2016?

I'm not going to get specific about my communications with Hillary Clinton, but let me say more generally that it is, to me, absolutely critical that any candidate who is serious about the erosion of middle-class wages and widening inequality focus on raising the minimum wage, hopefully to $15 an hour over three years. Secondly, taking other steps like exempting the first $15,000 of income from Social Security payroll taxes while eliminating the cap on income subjected to Social Security payroll taxes; you know, 80 percent of Americans pay more in Social Security taxes than they do in income taxes.

Thirdly, it seems to me very important to take on Wall Street. Wall Street's near-meltdown caused huge problems for the American middle class and working class and many poor people, and Wall Street is skating very, very close to the edge of a repeat performance. We've got to resurrect the Glass-Steagall Act, which separated investment from commercial banking, particularly in its incarnation in the '60s, '70s, and '80s. That is, a strong separation, not something that was eaten away at by Wall Street. We've got to bust up the big banks and limit their size, because otherwise they are simply too big to fail.

How do we go about busting up the banks?

It's important to go after corporate welfare, that is, special subsidies, tax breaks that are there for no reason other than the money provided to politicians by big corporations and special interests— including, for example, the carried interest rule for mergers for hedge funds and private equity managers. It's also very important to talk openly and clearly about the political dangers of having so much of the nation's resources in so few hands. That means talking seriously about getting big money out of politics: disclosure rules, campaign finance rules, reversing Citizens United, and otherwise limiting the power of big money.

The latest job report was treated as a complete victory and a sign that the economy is roaring once again. It sounds from what you just said about Wall Street like there could be reasons for us to be a little bit less enthusiastic and a little bit more worried?

Of course. There are many reasons: First of all, we had a mild uptick in wages in January, but that's total wages, that's not the median wage. The Labor Department's wage data is based on total wages, which went upward but a lot of that is very high-income people. We have no reason to believe that the median wage is going upward or that household incomes are heading upwards; the trend has been the opposite. In addition, the labor participation rate is still rather low. You've got 2.9 million people between the ages of 25 and 54 — prime working ages — who would be employed today if we had the same participation rate as we had in 2007 but who are not employed today. That's a lot of people!

There's absolutely no reason to think we're out of the woods. As long as political power is so skewed, there's no reason to suppose that a lot of jobs are going to be created, for the simple reason that big corporations don't want a tight labor market. They like a loose labor market; they like to be able to keep a lid on payrolls. Payrolls had been 70 percent of the costs of most companies prior to the Great Recession, and one of the reasons that companies have shown greater profitability since then is that they've kept a lid on wages, haven't hired back people, or haven't provided any raises. They want a relatively high level of hidden unemployed — that is, people who are no longer in the job market — as well as the ability to outsource abroad.

I think that's why the Trans-Pacific Partnership is something that's very attractive to the business community. They're very actively seeking as much technological displacement as they can get with tax advantages attached to investing in labor-replacing technologies like the ability, for example, to write off most of that equipment completely in the year it's purchased instead of amortizing it over it's entire life. That, again, is keeping wages down.