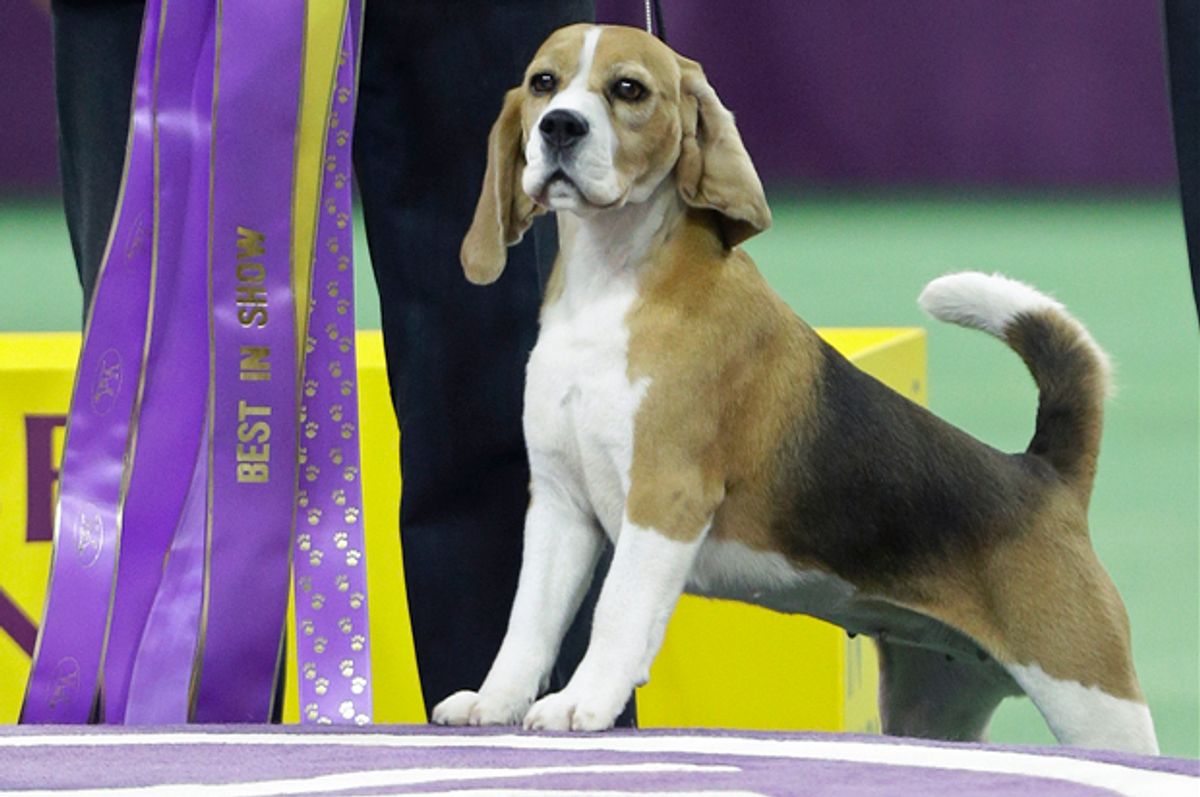 On Tuesday, February 17, dogs of all shapes, sizes, colors and creeds proudly put their buttholes on display for millions as part of the 139th annual Westminster Dog Show. And boy, was the competition tough. Matisse, a Portuguese water dog and winner of the "working group" category may have thought he had the Best in Show title in the bag--if for no other reason than he is the cousin of Sunny Obama and Obamas are known to get special treatment when it comes to dog shows. Rocket, a shih tzu owned by Patty Hearst, strutted gamely across the arena, and while the tiny dog also did not win the title, it went home winner of the "toy group" and with a lifetime of complexes only multiple therapy sessions per week might ameliorate. Swagger, an old English sheepdog who seemingly had no eyes, was a crowd favorite although he, too, likely got drunk and slept with a particularly sad-sack dachshund.

No, only one could take home Best in Show, and with it the lifetime of hubris of a Meryl or a Jennifer, and the lucky pup was Miss P, a 15-inch Canadian beagle whose full name is the absurd "Ch Tashtins Looking for Trouble."

But who is Miss P? And how did a nearly 4-year-old dog (over the hill, especially for girl dogs) beat over 2,700 contestants to take home the title? Here's what we know: