The song is dedicated to Eric Garner 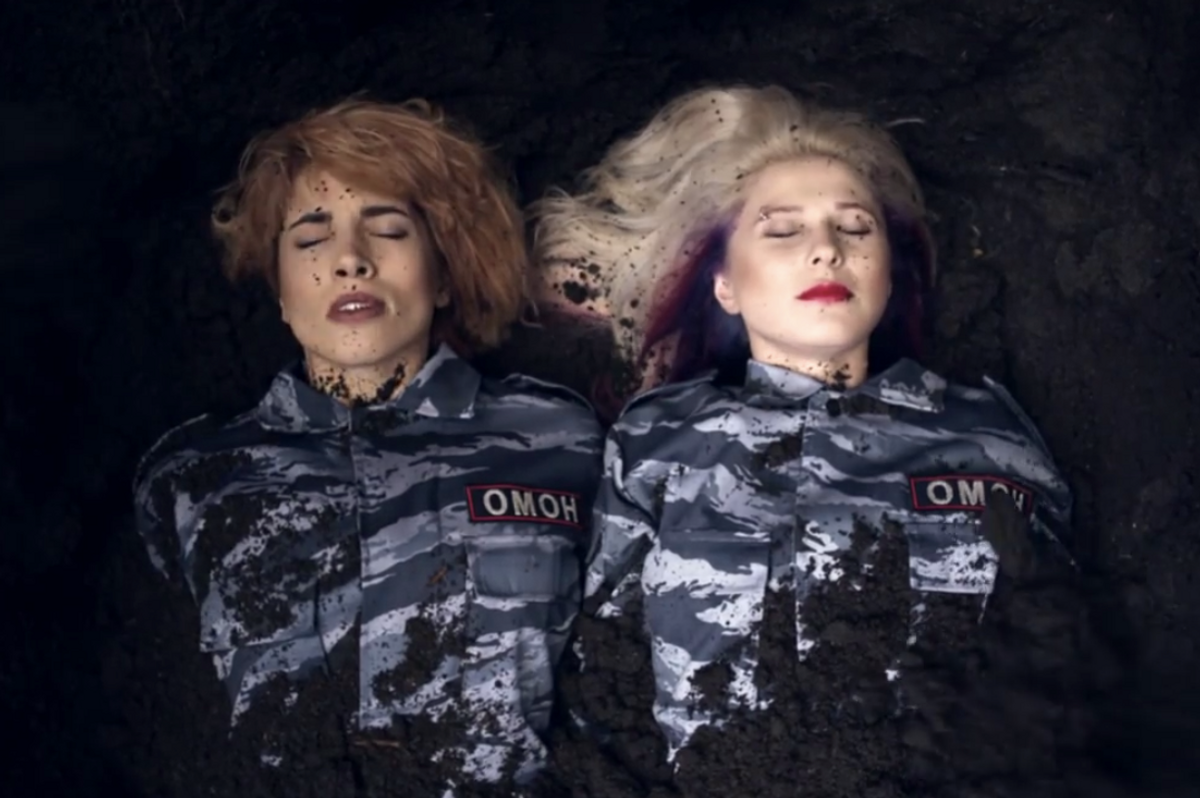 Masha Alekhina and Nadya Tolokonnikova from the punk band Pussy Riot released their first English music video on Wednesday titled "I Can't Breathe." The powerful song, which is about police brutality, stays true to their political activism.

"We’ve known, on our own skin, what police brutality feels like and we can’t be silent on this issue," the Pussy Riot members said to BuzzFeed News in an emailed statement.

"This song is for Eric [Garner] and for all those from Russia to America and around the globe who suffer from state terror - killed, choked, perished because of war and state sponsored violence of all kinds - for political prisoners and those on the streets fighting for change," the YouTube description for the song reads. "We stand in solidarity."

In the video the women are being slowly buried alive while wearing Russian riot police uniforms These uniforms "reference the 2012 anti-Putin demonstrations at Bolotnaya Square in Moscow," according to BuzzFeed. The cigarette brand shown in the video is "Russian Spring," an actual brand in Russia. "Russian Spring" is a term used by those "in love with Russia's aggressive militant actions in Ukraine," according to the YouTube video description.

The song was recorded in New York City in December of 2014. Below is a second video made using footage from the protests against police brutality that took place in New York around the same time: