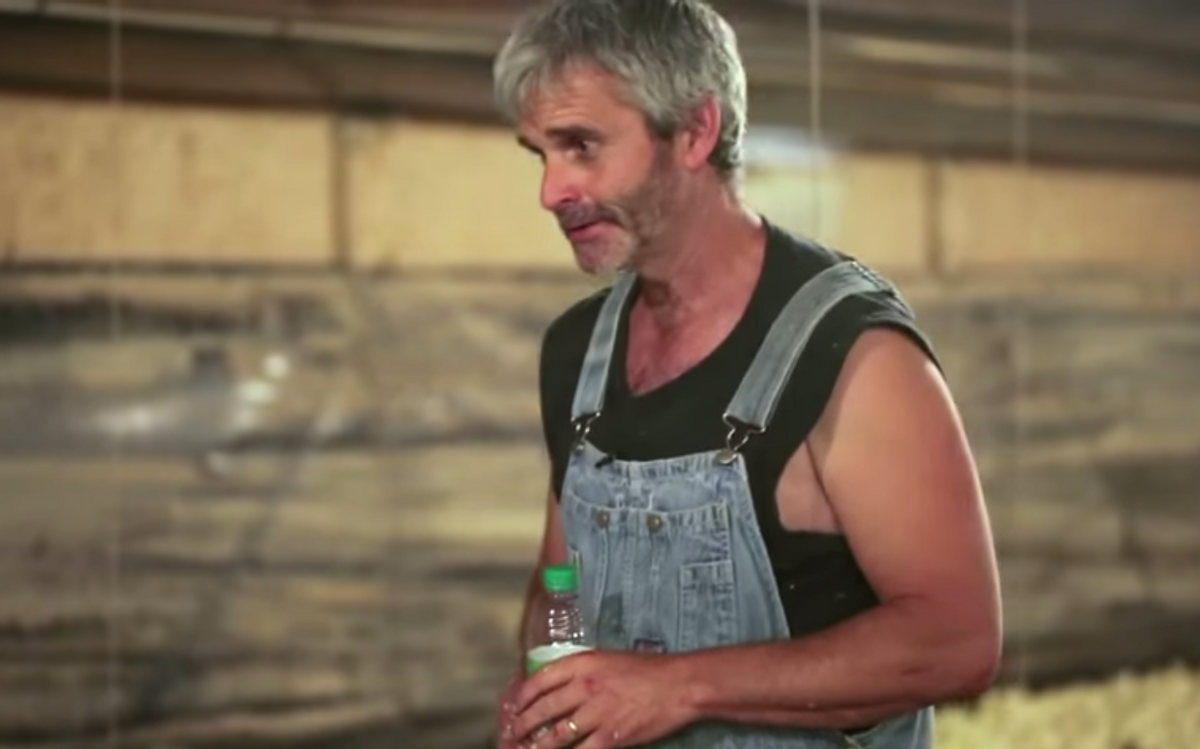 The chicken farmer who took the brave and unusual step of speaking out against poultry giant Perdue Farms is filing for federal whistleblower protection for the retaliation he says he experienced for coming forward.

Craig Watts, of North Carolina, had been raising chickens for Perdue, the country's third-largest poultry producer, since 1992. His growing disillusionment with the way the company treated both its chickens and its contract workers drove him, last December, to open his doors to the animal welfare group Compassion in World Farming. The resulting video was an explosive look at the reality of modern meat production, which, as Watts put it, is "not as advertised" -- to say the least.

The complaint, filed on Watts' behalf by the nonprofit Food Integrity Campaign, asserts that Watts was engaging in activity protected under the Food Safety Modernization Act (FSMA) when he invited the cameras to observe the poor conditions in his chicken house. His decision to come forward, it further insists, was entirely in the public interest: Watts "believed that these conditions were the result of practices and conduct by [Perdue] that increased the chickens’ risk of contamination or infection with salmonella, e-coli, and other bacteria," the cover letter reads, "thereby rendering them a threat to consumers who purchase and eat them."

Beyond reiterating the allegations Watts made against Perdue's practices, the complaint details the "intimidation tactics" he says he was treated to after he came forward: almost immediately after the video was released, representatives of Perdue arrived to audit Watts' farm. According to the complaint, those visits continued, on a nearly daily basis, until his current flock of chickens was fully raised and ready to be returned to Perdue for slaughter.

A week later, it claims, Watts received a letter informing him that he was being put under a "Performance Improvement Plan," which involved audits of his chicken houses, "frequent, unannounced checks" of his next flock, and mandatory "retraining on biosecurity and poultry welfare." In the letter, according to the complaint, Perdue didn't indicate that it found any problematic conditions at Watts' farm; the conditions depicted in the video, it says, "were neither unusual nor inconsistent" with what Perdue's inspectors found during their frequent visits -- belying the company's insistence that they were an aberration, and a result of wrongdoing on the part of Watts instead of systemic problems.

Watts, at this point, is all in. As he acknowledged to Salon during our conversation last December, he knew that, in speaking, he was risking his contract with Perdue. It was a risk, he added, that he could afford to make -- most farmers, indebted to the contract system, literally cannot afford to pay the price of speaking out. His decision to file for whistleblower protection, according to the Food Integrity Campaign, is the first of its kind, and will hopefully be a "first step in an effort for contract farmers to have the right to speak out against unfair and inhumane conditions on large-scale farms."

Watts isn't asking for much more than that: the complaint demands compensation for $4,500 in lost earnings, for "reasonable costs and attorney’s fees" and for an order forbidding Perdue to continue with its "retaliatory increased inspections" -- in other words, for the ability to keep farming, unharassed.

Update 2/20/2015: In a statement, Perdue said it has not yet been served with a complaint, but that it reviewed the online version and considers it to be a "publicity ploy."

"We have been more than professional and accommodating to Mr. Watts," the company said. "Our actions are consistent with our standard procedures for handling contract grower issues and what we feel is necessary to ensure that our chickens are receiving appropriate care. As we told Mr. Watts in writing, 'Perdue’s increased attention to your poultry farm during the weeks ahead is not for purposes of retribution, but to ensure that Perdue’s poultry are being properly cared for in an environment that ensures both adequate animal husbandry and animal welfare practices.'"