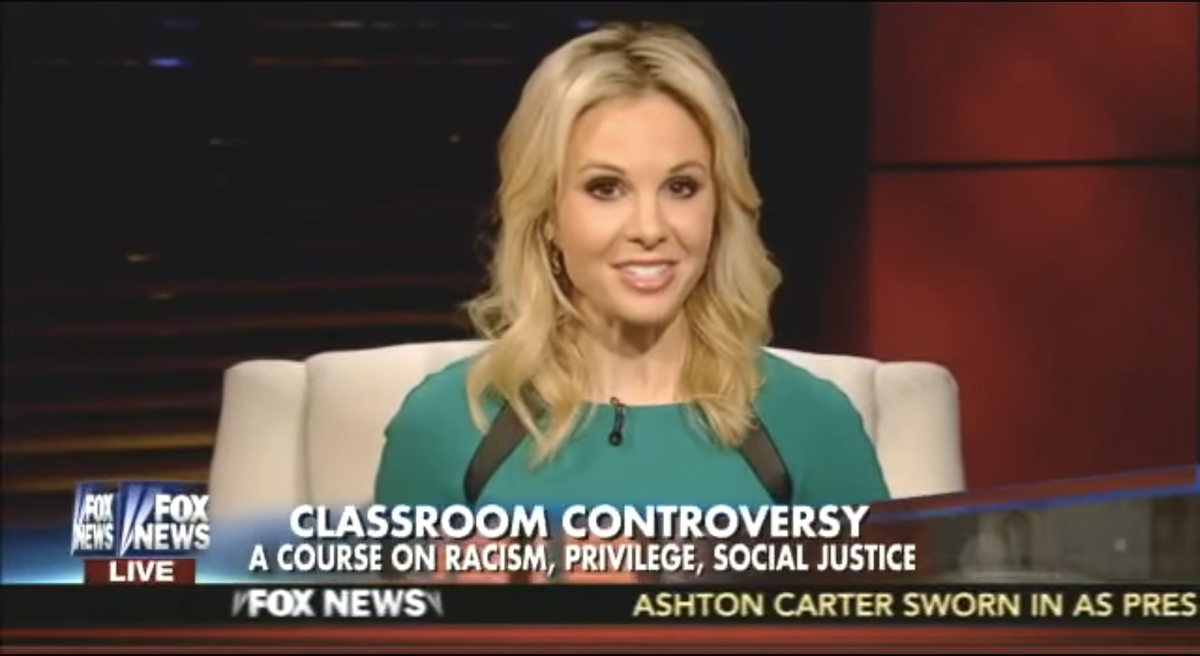 On Wednesday, one television news network devoted an entire segment (entitled "The Trouble with Schools") to bashing a Seattle physics teacher for giving his students a series of lessons about white privilege. No, that's not a pitch for a "Footloose"-esque movie about one teacher who has a few untraditional ideas about how to motivate his students--that's a real Fox News story.

"I've found a way to introduce my students to the ideas of racial and gender privilege, to the idea that our society is far from a meritocracy, and to broaden their conception of who (racially, gender-wise, etc.) does science to include a much broader slice of society... The project revolves, at least initially, around a question: why are there so few black physicists? 4.2% of physicists self-identified as black as of 2012, according to the National Science Foundation’s Minorities and Persons with Disabilities in Science and Engineering report; according to the 2010 Census, 12.0% of the population aged 25-64 identified as black. Physicists therefore make up a small percentage of the U.S. population (0.06%), but that percentage is 3.2 times higher among white Americans than black."

On Fox, the National Review's Katherine Timpf played the role of the outraged administrator or parent. "Physics class!" she shouted. "I don't know really what this is about. I guess it's just his own agenda. He wants to talk about it. But you know what? We're consistently behind in science and in math of other developed countries in high school. Maybe it's because physics teachers aren't teaching physics in their classes."

Thank you, Fox News, for always being science's champion.