Republicans desperately want you to believe they care about income inequality. The party's history says otherwise 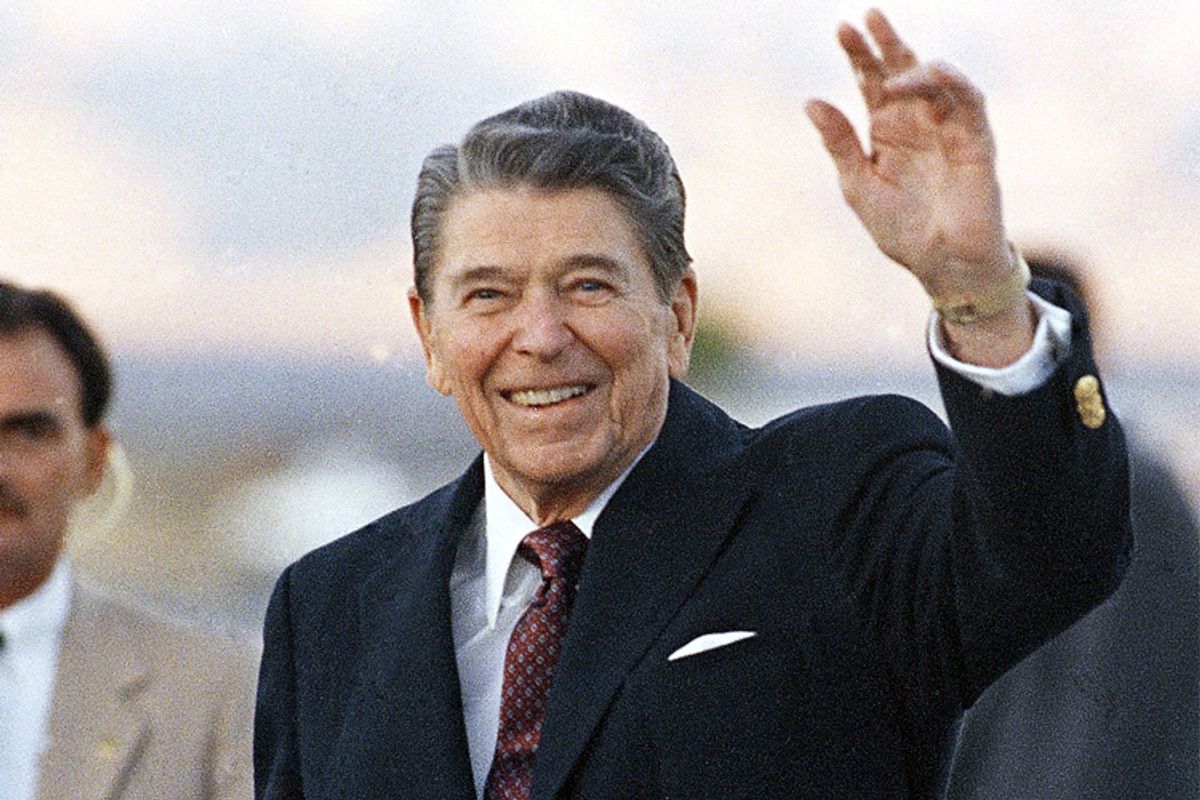 Woe to the American president who says anything sensible on the subject of religion. President Obama forgot that unwritten rule recently at the National Prayer Breakfast when he pointed out what an eighth-grader could tell you: that acts of violence have been committed in the name of many faiths, not just Islam:

“Lest we get on our high horse and think this is unique to some other place, remember that during the Crusades and the Inquisition, people committed terrible deeds in the name of Christ. In our home country, slavery and Jim Crow all too often was justified in the name of Christ. … So this is not unique to one group or one religion. There is a tendency in us, a sinful tendency that can pervert and distort our faith.”

Cue Christian right fake freakout. The holy rollers, naturally, seized the opportunity to present themselves as persecuted patriots defending America’s regular folk against godless liberal elites. They came charging out of the gate, sending blast after blast of ridiculousness across the media. Catholic League president Bill Donohue retorted that the Inquisition “only” piled up 1,394 bodies, while Rush Limbaugh professed Jim Crow to be something that is “not around today … a thousand years ago, yeah. But not today.” On Fox & Friends, Catholic priest Jonathan Morris warned viewers of a rising “Christianphobia,” a pernicious “hatred of Christians is on the rise in America.” Past and current Republican presidential candidates including Rick Santorum, Rudy Giuliani, Bobby Jindal, and Mike Huckabee hustled to outdo each other in their faux outrage, accusing the president of supporting only Muslims and setting himself against everything Christians stand for.

The paroxysm of pandering culminated with a guest appearance on Fox News’ “Hannity” by Christian conservative Star Parker, who declared herself so violated by the President’s reference to the obvious she pronounced his remarks “verbal rape.” Star commented: “We were not expecting it, nobody wanted it, it was horrible to sit through, and after it was over we all felt like crap.” She went on to claim that Obama was sending a message to Muslim terrorists to “keep doing what you’re doing over there in the Middle East.”

America’s Christian right has a long history of demonstrating its devotion to fanaticism, extravagance and folly, but since the Reagan era, these tendencies have been deployed very effectively by politicians who want to appeal to the sensibilities and loyalties of ordinary Americans while picking their pockets. That’s what this latest round of rabble-rousing is really all about.

From talk radio and cable news pundits to reactionary evangelical pastors, the holy rollers form strategic alliances with politicians who back corporate power and wealthy individuals, working overtime to whip their followers into a religious frenzy sufficient to make them forget that their wages are falling and they will not be able to afford to send their kids to college or to go to the doctor. As Sophia Rosenfeld once put it in the Washington Post, you've got to beware of Republicans bearing the common touch because before you can bat an eye, they have stolen your retirement money and shoveled more money toward the rich. Masking the elitism of their economic policies and politics with fundamentalism in religion has been a tried-and-true formula for the 1 percent to expand their power.

The god of the Christian right and the god of unregulated capitalism show themselves to be on intimate terms in the philosophy of evangelicals, like discredited pastor Ted Haggard, who was the leader of the National Association of Evangelicals before he was forced to resign amid a male prostitution/crystal meth scandal. For him, free-market capitalism is “truth” and “globalization is merely a vehicle for the spread of Christianity.” Getting Christianity and elite economics together on the same page is useful in signaling that policies that serve the rich are simply articles of faith, the dispute of which is akin to arguing with a literal interpretation of the Bible.

But there’s a little fly in this ointment that just won’t go away. Good old-fashioned American common sense, as normally understood, has something to do with fairness, and since the financial crisis, plenty of people have woken up to the idea that something very unfair has been happening under their noses, and a so-called recovery that’s basically been a party for the rich but a bust for everybody else has not done much to convince them otherwise.

Do financiers deserve to pay a lower rate in taxes for their unearned income than hard-working Americans who toil on the job all day? No, they don’t. That's just old-fashioned folk wisdom. Does a person who has worked and contributed to the community all her life deserve to live on peanuts in her golden years? No, she doesn't. Common sense.

That’s why a few Republican presidential hopefuls have started tentatively trying out messages that sound like they care about economic fairness as they parade their godly credentials. Recently in Iowa, Chris Christie lamented the plight of the working class and Rick Santorum declared that the Republican party should be the party of the worker. Jeb Bush has been lately heard testing out messages about helping a bereft middle class. Of course, they tend to talk about inequality or “unfairness” as something the evil government has created, a position the demonization of Obama only bolsters. But will it work? After all, the hatred of redistribution is a core tenet of the GOP, as is opposition to unions and taxing the rich more. Even raising the minimum wage a few nickels is still anathema to the GOP: senators Rand Paul, Ted Cruz and Marco Rubio have all opposed the President's plan to raise the minimum wage to $10.10 from the current $7.25, warning that young people will lose jobs if employers are made to pay them enough to purchase food and shelter.

The pivot to populism ought to be a hard sell, but unfortunately, many liberals spend too much time trying to deliver Republican-lite policies instead of tapping into real economic common sense and advancing ideas that would restore some actual fairness to life in America. As long as they are praying to the god Mammon and seeking to do the bidding of their wealthy donors, they are vulnerable to Republican populist appeals, as hollow as they may sound. When Republicans deliver economic nonsense with a megadose of megachurch, plenty of Americans are willing to swallow it.