It's not just Jeb: Why all the GOP candidates should be grilled about George W. Bush's foreign policy 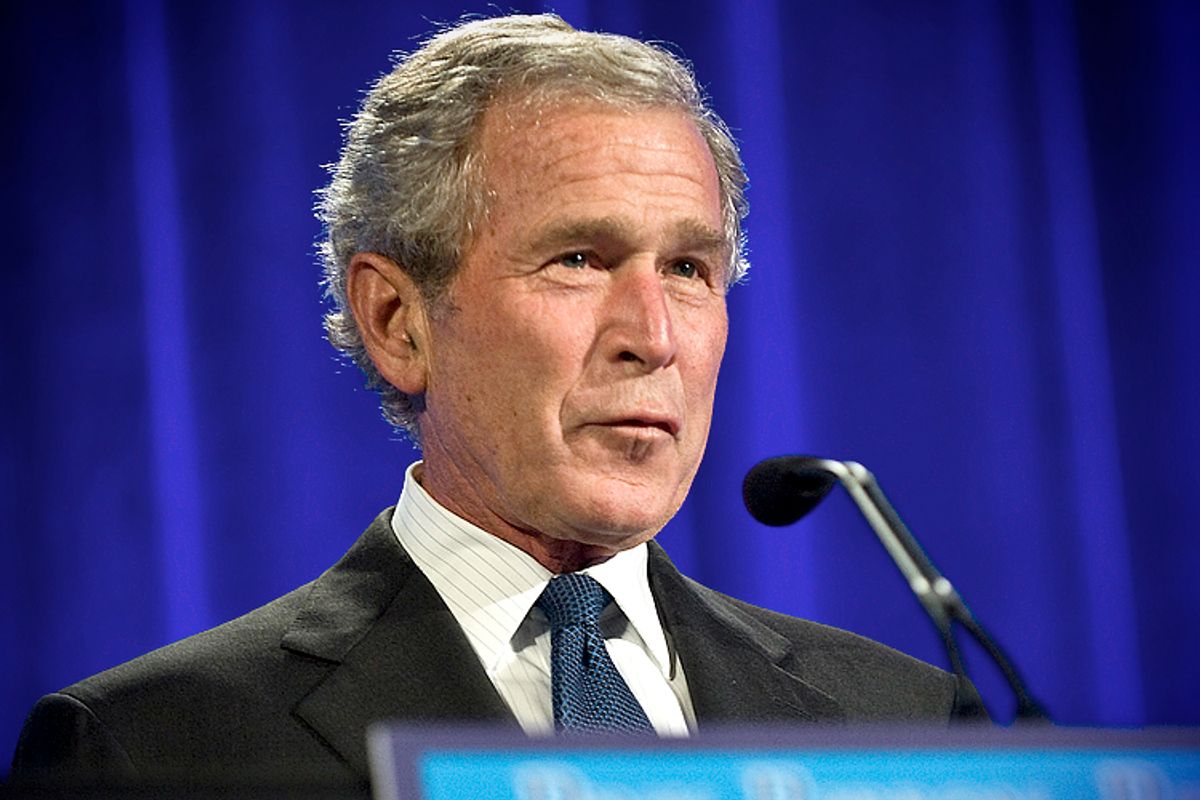 Jeb Bush wants to re-brand himself as his "own man" when it comes to foreign policy. And domestic policy, and life in general. Fine! It's perfectly fair to treat Jeb Bush as his the distinct political entity that he wants to be; he shouldn't be hampered down by what terrible thoughts his terrible older brother has. He can tell us what he believes and we can go by that.

It just so happens, though, that His Own Man's foreign policy is a lot like that of the 43rd president of the United States, George W. Bush. He loves boosting the defense budget and killing everyone who gives the United States a nasty look and arming any group that wants to pick a fight with Russia. He introduced a buzz-term that means nothing: "liberty diplomacy." He fancies peace through carpet-bombing and throws the word "strength" around a lot. "For the life of [him], [he] doesn't understand" all the gripes about NSA mass surveillance of everyone all the time. He remains the hawk that he's always been. He doesn't want his foreign policy compared to his brother's? No problem, then: his foreign policy is insane, all on its own.

So why should the media only be focusing its attention on Jeb? It doesn't seem fair that Jeb is the only one lucky enough to field constant questions about his foreign policy versus his brother's. All of the questions that they're asking Jeb Bush now and forever -- How will you distance yourself from George W. Bush's disastrous foreign policy? Did you think the Iraq War was a good idea? -- make for great questions to ask all of the other candidates.

Scott Walker is not related to George W. Bush, nor is Chris Christie, Marco Rubio, Mike Huckabee, Rick Santorum, Ted Cruz, Whatsisname or Whosisface. They, too, should be asked how they would distance themselves from the foreign policy of the most recent, two-term Republican president. Do you think the Iraq War was a good idea, Chris Christie? Marco Rubio? Was it the right call, to invade and occupy Iraq for a decade?

Because my sense is that they, even without the familial connection, will offer the same bullshit that Jeb Bush served up yesterday:

Mr. Bush acknowledged “there were mistakes made in Iraq, for sure,” but quickly added praise for his brother’s decision to send additional American troops into the country in 2007 as one of “the most heroic acts of courage politically that any president’s done.”

Okay, they may not fluff up The Surge quite as much -- that's a brotherly flourish, there. Jeb!

But they will offer something of the same dodge: "mistakes were made," don't want to "re-litigate" it (why not? It was a big deal), The Surge got things under control, and then Obama ruined everything by not leaving a contingency force in the country. This is not an acceptable answer: Was the Iraq war a good idea? Yes or no?

There's a gap in popular understanding of recent history out there. The public -- Republicans, Independents, Democrats -- are of the consensus that the Iraq war was a bad idea. But if you ask any run-of-the-mill, non-Rand-Paul Republican politician with national aspirations if they think the Iraq war was a good idea, they will dodge. They don't want to say, forthrightly, that the last Republican administration's chief initiative was a mistake. Jeb's presidential nomination rivals are enjoying the hell out of the way the media is only asking Jeb about George W. Bush's legacy. But these are fair, some might say even important, questions to ask all of them.