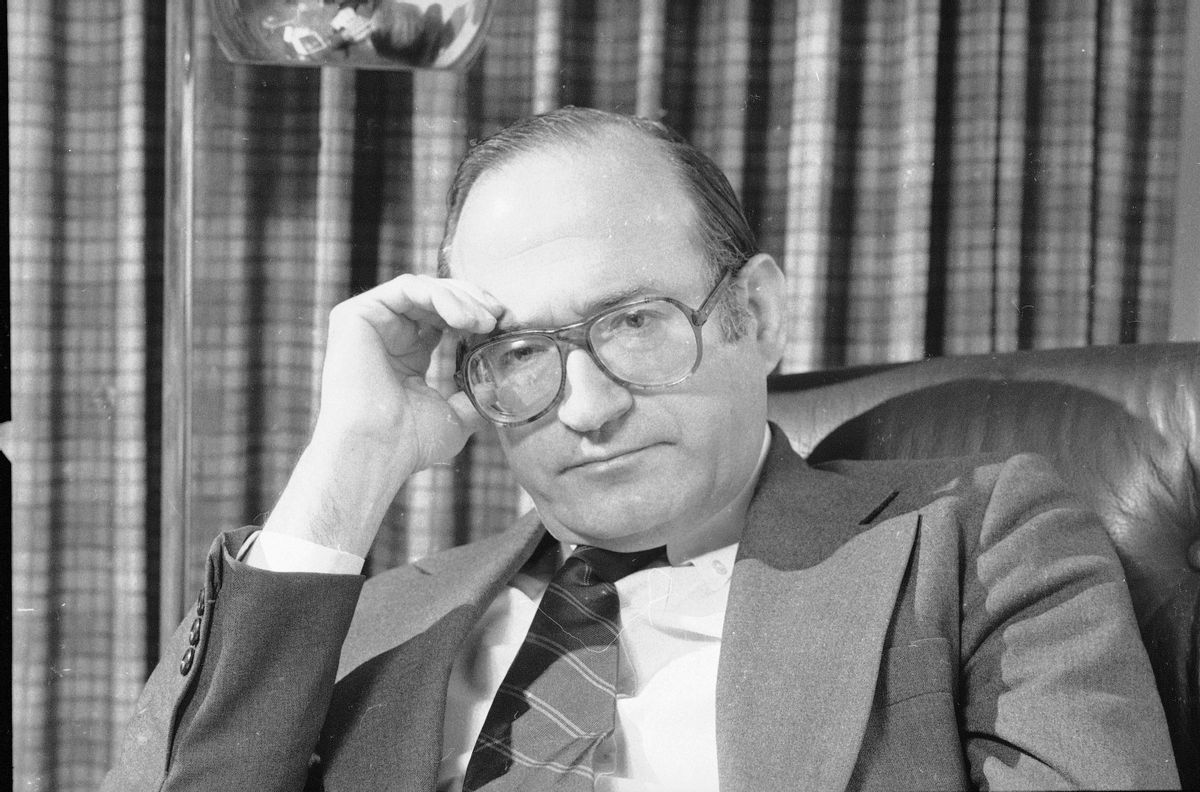 FILE - In this April 25, 1979, file photo, Dr. Ernest Sternglass, a professor of radiological physics at the University of Pittsburgh School of Medicine, talks about the dosimeters worn by workers and newsmen during the crisis at Three Mile Island, in Pittsburgh. Sternglass, whose research helped make it possible for the world to see the first moon walk, has died at age 91 of heart failure. Sternglass died Feb. 12, 2015, in Ithaca, N.Y., Cornell University said. His research helped lead to a sensitive television camera tube that captured low-light lunar action during the 1969 moon landing and U.S. astronaut Neil Armstrong's historic first steps. (AP Photo/File) (AP)
--

ITHACA, N.Y. (AP) — Physicist Ernest Sternglass, whose research helped make it possible for the world to see the first moon walk, has died at age 91 of heart failure.

Sternglass also conducted pioneering work in digital X-ray imaging during a long tenure at the University of Pittsburgh School of Medicine, according to Cornell University, where Sternglass attended school and where his papers are archived.

As a 23-year-old Cornell graduate, he was working at the Naval Ordnance Laboratory in Washington, D.C., when he wrote to Albert Einstein in 1947 to offer an explanation on a scientific matter. To his surprise, he was invited to the famous scientist's home in Princeton, New Jersey.

Einstein told the young researcher not to pursue a career in theoretical physics and advised him to, instead, "always keep a cobbler's job" and do useful things. Sternglass went on to earn his master's degree and his doctorate in applied and engineering physics from Cornell.

He was among the early scientists concerned with the health effects of atomic bomb testing. In 1963, he presented testimony to the Senate Atmospheric Test Ban Treaty hearing comparing atmospheric bomb testing with an unsafe level of X-ray exposure.

Sternglass's second wife died in 2004. He is survived by a son, a daughter and four grandchildren.