The conservative case for DACA: The intriguing legal theory you won't hear on Fox News 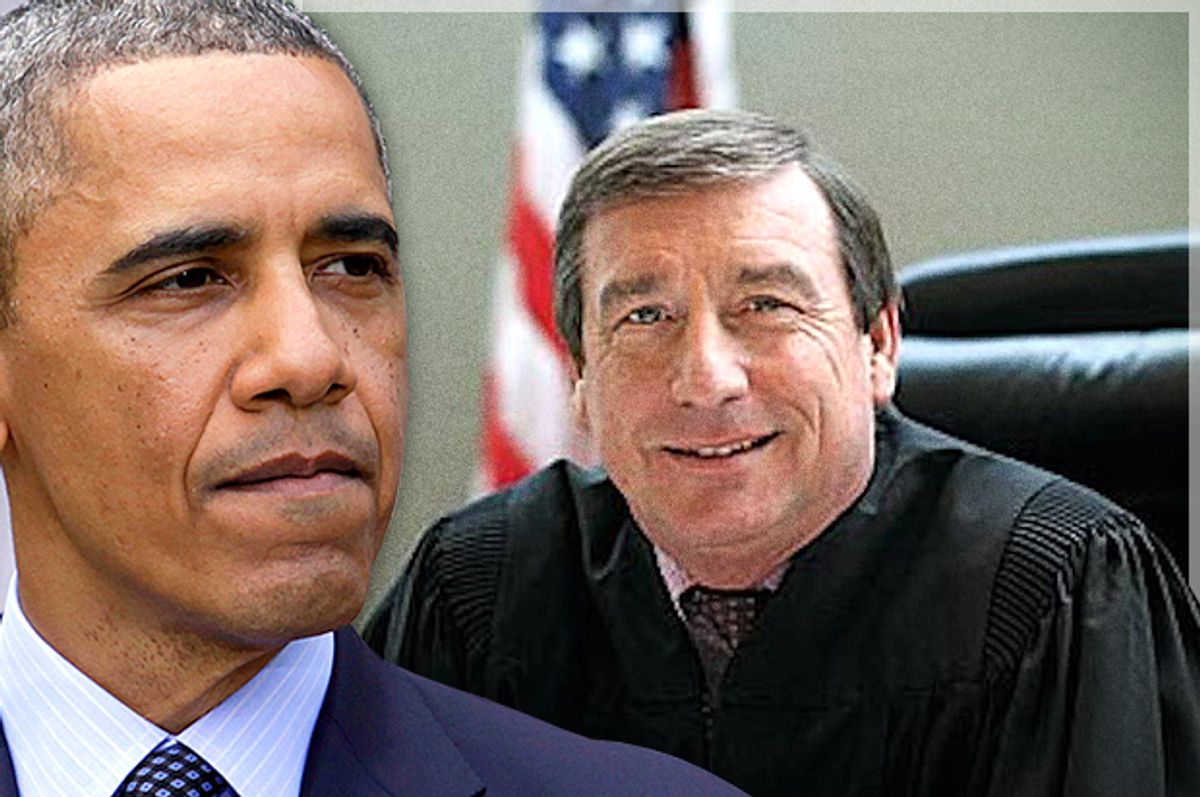 Judge Andrew S. Hanen’s injunction against President Obama’s expanded deferred action policies for immigrants will not be the last word on the matter. But it should send the president’s backers searching for stronger rebuttals, because we are in for a fight.

Up to now, the administration’s main arguments for the deferred action policies (known as DACA and DAPA) have been twofold. First, law enforcement agencies always exercise prosecutorial discretion, and do not take action against every person who technically violates the law. Second, many previous presidents have used deferred action to soften the rough edges of our immigration laws. That’s all true, so far as it goes.

But those arguments are not enough, because they do not address the legal critique that DACA/DAPA now face. Judge Hanen did not dispute that immigration enforcement involves discretion. The question is who should exercise that discretion.

Deep in Judge Hanen’s 123-page opinion, he argues that President Obama’s policy “severely restricts agency discretion.” On the surface, that seems like an odd thing to say, given that the administration’s main argument is that DACA/DAPA are based on the executive branch’s general power of prosecutorial discretion. But the Obama administration moved the power to exercise discretion away from front-line immigration officers. Instead, the president is telling them what to do.

From his first announcement of DACA in 2012, President Obama has broken new ground by promoting immigration deferred action in the highest profile possible manner. His administration has posted detailed criteria on the Internet, and established an application procedure by which individuals can ask to benefit. A new, expanded application process for DACA was set to launch this week, before Judge Hanen’s injunction.

No other president has made discretion such a central part of his immigration policy, in such a transparent manner. As a result, it is time to acknowledge that Obama has taken executive action on immigration into uncharted territory. That does not mean his actions are illegal. But it does mean they require new justifications.

The best response to Judge Hanen is to acknowledge that, yes, one of the goals of DACA/DAPA is to take power away from front-line ICE agents. In fact, this is one of the virtues of DACA/DAPA. In our system of government it is much better for discretion to be exercised by an elected president who announces his policies to the country on national television. The president is accountable to the voters. ICE agents are anonymous and very difficult to hold accountable.

President Obama announced the first version of DACA in a Rose Garden speech during his reelection campaign in 2012. His opponent criticized him for it, and the president was reelected. But even that’s not the whole story.

DACA came after an earlier Obama effort at immigration discretion, known as the Morton Memos. Issued in 2011, the Memos listed a set of positive and negative factors that ICE agents were supposed to use to decide whether to grant deferred action. But the Morton Memos just set out factors to be considered. They left the ultimate decision in the hands of front-line agents. And the results were disappointing, because ICE agents were often found pursuing deportations against very sympathetic people.

The clash between the elected administration and the agents on the ground became even more vivid after 2012. ICE agents tried to sue to stop DACA in 2013, citing civil service protections in an attempt to curtain deferred action. Their union filed affidavits supporting the lawsuit against DACA/DAPA in Judge Hanen’s court.

Herein lies an opportunity to defend DACA and DAPA by taking a page from the conservative playbook. President Obama’s immigration actions should be understood as sensible measures to move power out of the hands of unaccountable civil servants, and return it to democratically elected officials. They are justifiable efforts to prevent a public sector union from hijacking public policy.

These are not comfortable arguments for liberals. They are usually made by the likes of Wisconsin Gov. Scott Walker and other conservatives in attacks on public sector unions that are presumed to be pillars of the Democratic Party coalition.

Immigration politics often makes for strange bedfellows. Ironically or not, Wisconsin joined the lawsuit against DACA/DAPA. If immigration makes conservative governors suddenly willing to join up with public sector unionists, it should also make liberals more able to see the problems a powerful group of civil servants can create.

The point is that DACA and DAPA are being attacked because they are, supposedly, unconstitutional. This is the argument to which we need to respond. Immigration discretion has always existed, but President Obama has made it public, and publicly accountable. That is a good thing for the Constitution, and for democracy.