US couple and daughter killed in New Zealand car crash 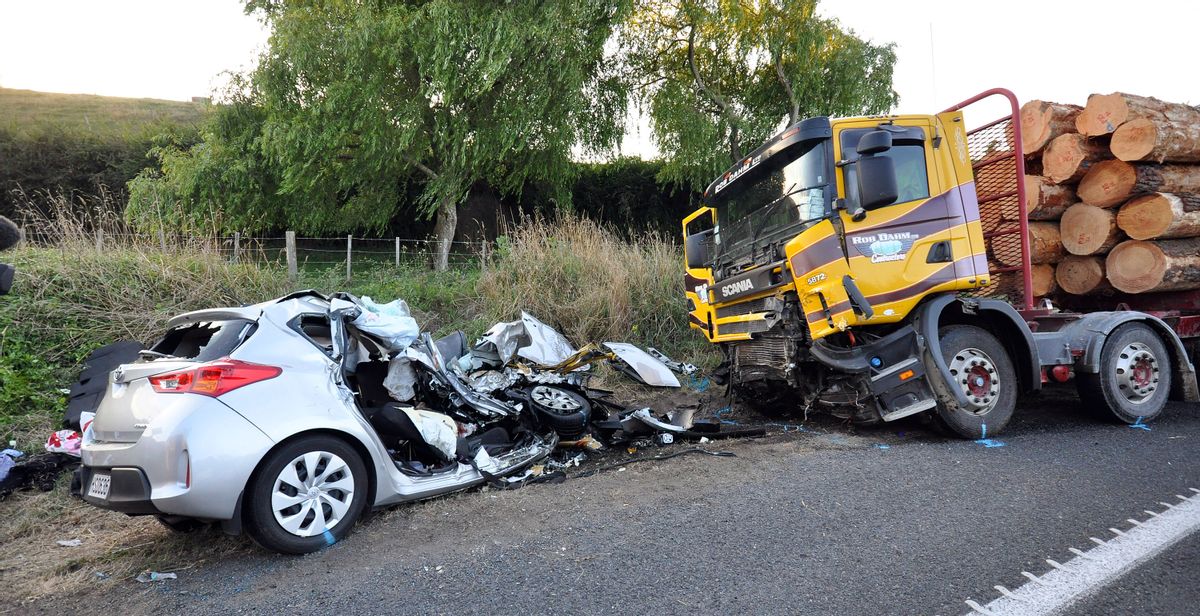 A small passenger car and a logging truck as seen after they collided head-on near Tokoroa, New Zealand, Tuesday Feb. 2015. Authorities said, U.S. citizens Warren Lee, 53, and his wife Aesoon Lee, 52 and the couple's 20-year-old daughter, Julia Lee, were killed and their son critically injured when their car crashed into a logging truck.(AP Photo/NZ Herald/John van de Ven)**Australia Out New Zealand Out** (John Van De Ven)
--

WELLINGTON, New Zealand (AP) — New Zealand authorities said Thursday a U.S. couple and their daughter were killed and their son critically injured when their car crashed into a logging truck.

Police named the couple as Warren Lee, 53, and his wife Aesoon Lee, 52, both American citizens living in Hong Kong.

Also killed was the couple's 20-year-old daughter, Julia Lee, who police said had been living in Massachusetts and was due to start university in Auckland, New Zealand.

Police spokeswoman Kim Perks said the family was visiting New Zealand to help relocate Julia before she began her studies. The couple's 18-year-old son was critically injured in the crash and remains in an area hospital, she added.

Police said Julia Lee was driving at about 3:45 p.m. Tuesday near the central North Island town of Tokoroa when the car crossed the center line for an unknown reason and collided head-on with the truck.

Perks said the son was in the passenger seat and the couple was in the rear of the car. She said an initial scene examination indicated the parents were not wearing seatbelts.

The truck driver was not injured in the crash, said police, who are continuing to investigate the accident.