In Feb. 2010, "Avatar" was a lifestyle and Tiger Woods was the most-hated man in America. Here's our look back 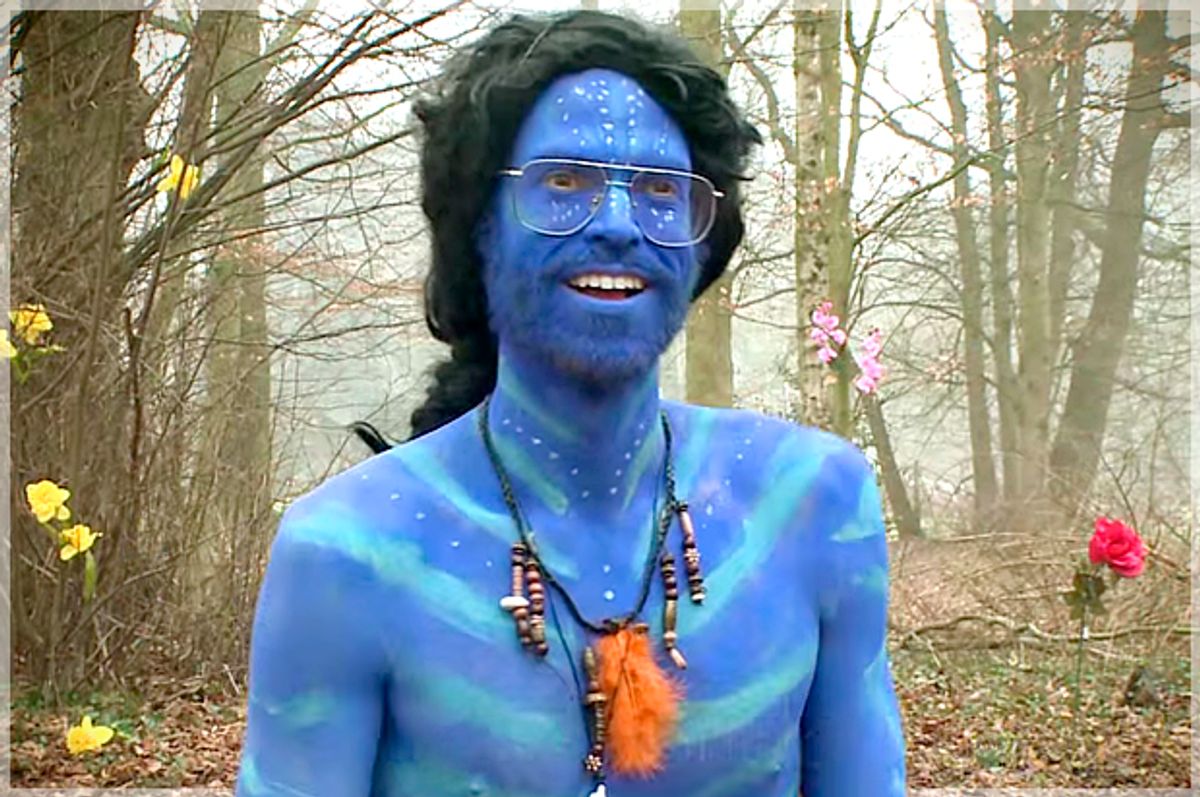 You held out for as long as you could, but one day — against your better judgment — you clicked on a “viral video.” A song about chocolate rain. A man going full-psycho over double rainbows. Rebecca. Effing. Black. You didn’t feel great about it, but you just couldn't help it.

We may never have a hard-and-fast gauge on what makes something “go viral” — something to do with wisdom tooth meds? — but we can still, retroactively, attempt to make sense of some of it. That's why every Thursday, in true #tbt fashion, we’ll be taking a look back at the things that went viral exactly five years prior.

Here’s what was buzzing around the Internet for the week of February 19, 2010.

Justin Bieber chased a girl around a bowling alley. (And Drake was there too, for some reason.)

It feels like yesterday that the hulked-out, egg-pelting pop star was just a baby (baby, baby, ooh).

On Feb 19, 2010, Bieber dropped the official music video for “Baby,” the lead single off of his second album, “My World 2.0.” The video featured a 15-year-old Bieb, sporting a wicked bowl cut, chasing after a girl who clearly is not having any of it. Not to be overlooked: a cameo from fresh-faced Drake, off-frame at 1:13, shaking his head disapprovingly because: A) Bieber isn’t taking a hint; and B) a bowling alley filled with tweens is presumably not his scene. Among the other cool gifts this music video gave us: Skechers, Hard Rock Cafe product placements, and Ludacris insisting that “I don’t need no Starbucks.”

Fast forward: “Baby” has raked in over 1 billion views, making it the second most viewed YouTube video of all time -- edged out only by Psy’s “Gangnam Style.” For what it's worth, the video is the current title-holder for most “dislikes” (over 4 million) in YouTube history, rendering this bowling-alley dance off a gutterball, at best.

But we're not here to talk about any of that. We're here to talk about LARPing (Live Action Role Playing). Among the slew of viral videos spawned by the release of Avatar (see also: "Avatar" Makeup Tutorial), we also got a bizarre parody film featuring a group of LARPers who, channeling Tobias Fünke, recreated Na'vi life in rural Wisconsin. As often happens when things go viral, as the video started making its way around the web, all context was lost. For one, lots of people seemed to be under the impression that this was an earnest, slice-of-life production and not a parody.

The longevity of the "Avatar" hype is worth pointing out: While the film hit theaters December 18, 2009, this particular fan video came almost a good two months later. Judging by the 6 million views on this video, the franchise still had plenty of steam left. And, seeing as Cameron has signed on to three more "Avatar" movies, we can probably expect many more videos like this one in the future. (Cameron even told Empire in a 2014 interview that, much in the same way people lost their minds over the first movie, fans will be "shitting themselves with their mouth wide open" for the sequel too).

Tiger Woods apologized for his "selfish behavior" at a press conference. No one really bought it.

Feb. 19, 2010, was a workday — but that didn't stop millions of people from tuning in to a midday press conference where Tiger Woods finally addressed his recent high-profile marital issues. Woods had already issued a statement through his official website owning up to his wrongdoings. Even still, there was an overwhelming interest in how the notoriously private athlete would address this on a bigger stage -- while speaking only, and directly, to his family and friends in the audience.

Woods opened his speech with the following mea culpa: "Many of you in the room are my friends. Many of you in this room know me. Many of you have cheered for me, or worked with me, or supported me, and now, every one of you has good reason to be critical of me." And, oh they were. The apology was far from warmly received. As the Awl explained in its recap of proceedings: "This morning, a famous person held a press conference, in which he talked about himself. He said, while speaking about himself, that he’d been selfish." Others also doubted the genuineness of Woods' words: There were the YouTube "recuts"  that manipulated the audio so that every "me" was replaced with "you" (suggesting that Woods was just sorry he got caught), an incredibly profane video from the user-generated animation portal, Aniboom Animation that received over 2 million views, and an honestly rewritten apology transcript from Cracked.