15 towns hope to defect to Pennsylvania, where they'd be free to frack to their hearts' content 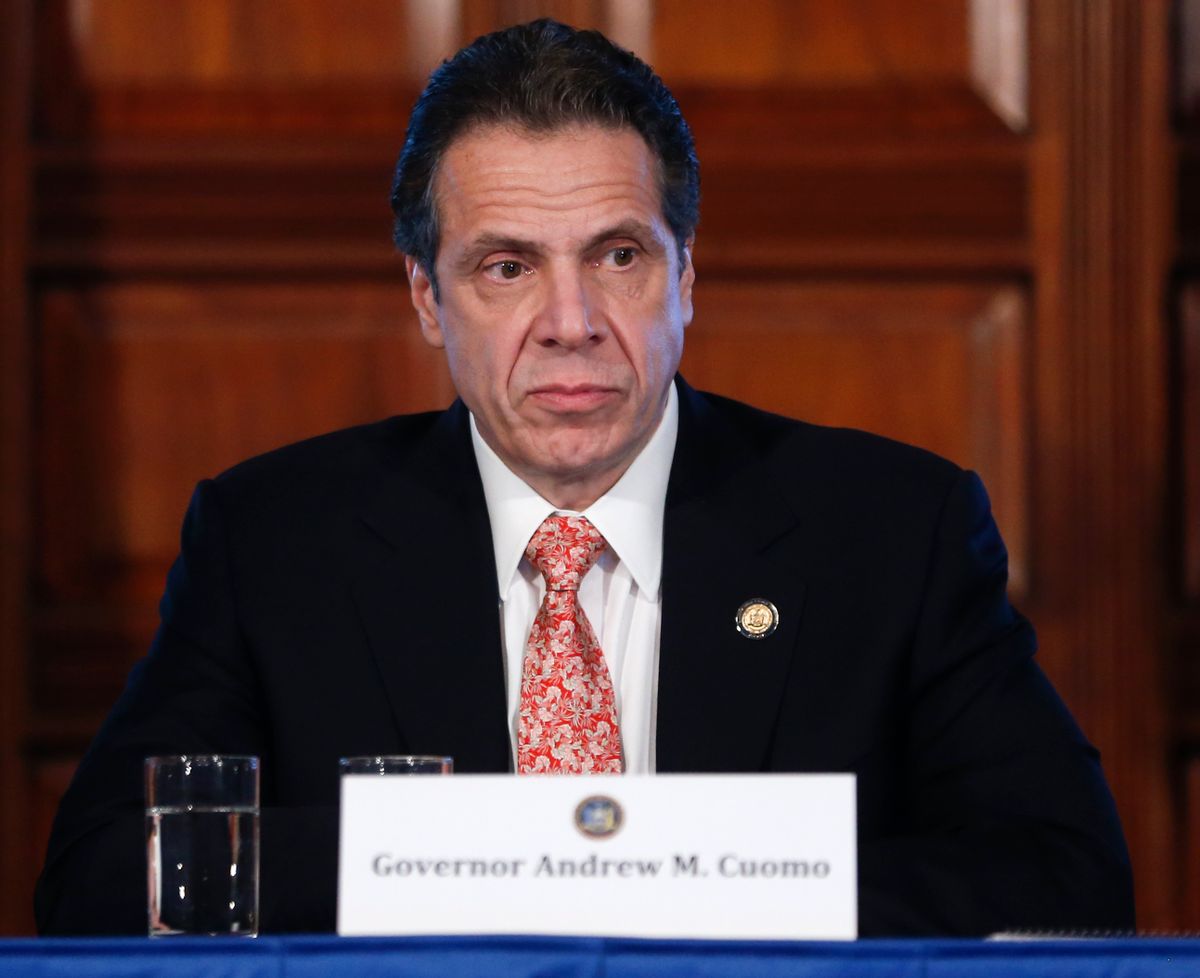 Not everyone is thrilled with Gov. Andrew Cuomo's recent decision to ban hydraulic fracturing, or fracking, in New York. So much so that a group of upstate towns is now threatening to secede, with the hopes that frack-happy Pennsylvania will take them in.

Cuomo announced last December that he had decided not to life New York's moratorium on fracking on the recommendation of Acting Health Commissioner Dr. Howard Zucker, who cited studies highlighting the potential for "significant health risks" from the unconventional drilling process. “Would I live in a community [with fracking] based on the facts I have now?” he asked at a public cabinet meeting. “Would I let my child play in a school field nearby, drink water from the tap or grow vegetables from the soil? My answer is no.”

The governor said he saw no reason not to go along with Zucker's recommendation, adding, "“I get very few people who say to me, ‘I love the idea of fracking.'"

Yet 15 members of the Upstate New York Towns Association, according to local news station WBNG, are so attached to the idea of fracking that they'd sooner part with the state. "The Southern Tier is desolate," Conklin Town Supervisor Jim Finch (R), told WBNG. "We have no jobs and no income. The richest resource we have is in the ground." The Towns Association also cited high property taxes and low sales tax revenue among the reasons why it's considering secession.

In a statement, State Sen. Thomas Libous (R) said he's taking the issue seriously. "After the one-two punch to our community from the recent casino and gas drilling decisions, my office received many emails, phone calls and messages from constituents calling for a Southern Tier secession from New York State," he said in a statement. "While getting my constituents' opinion on spending the $5 billion surplus was our top priority, I thought a question on secession should also be included in the survey."

Not that breaking off from New York would be easy. Pennsylvania, for one, would have to decide it wanted the new towns. And according to the Washington Post, the matter would likely have to go before Congress.

Before they abandon ship, those 15 towns might want to consider more fully what they'd be walking into. Fracking has indeed brought positive contributions to Pennsylvania's economy -- 62 operators currently run over 7,000 wells, bringing royalties to landowners who lease their land for drilling and new sources of tax revenue or local governments -- but for some communities, the boom's been followed by a nasty bust. And development has come with its downsides: much of the data showing potential adverse health outcomes from fracking used in New York's decision to ban the practice, for example, came from studies conducted in Pennsylvania. Opponents argue that unlike New York, the state has failed to systematically study the potential risks of natural gas extraction.

There have been other, telling incidents over the years: in 2012, residents of a northern Pennsylvania town reached an undisclosed settlement with a gas driller after claiming that their well water was contaminated with methane gas and toxic chemicals; last fall, a group of Pennsylvania parents initiated a legal challenge against their town council over its decision to allow the drilling of five horizontal gas wells within a half mile of a school campus. This past July, several retired state health officials came forward to say that they had been ordered to ignore phone calls from residents concerned about fracking-related health risks.

Pennsylvania Governor-elect Tom Wolf, a Democrat, said he thought New York's fracking ban was the wrong call. “I want to do what I think we can do here in Pennsylvania and that is have this industry," he said following Cuomo's announcement, "but do it right from an environmental point of view, from a health point of view.” But it remains to be seen whether that's even possible -- and whether the state will manage to get it right.