"Why is he helping the enemy?" 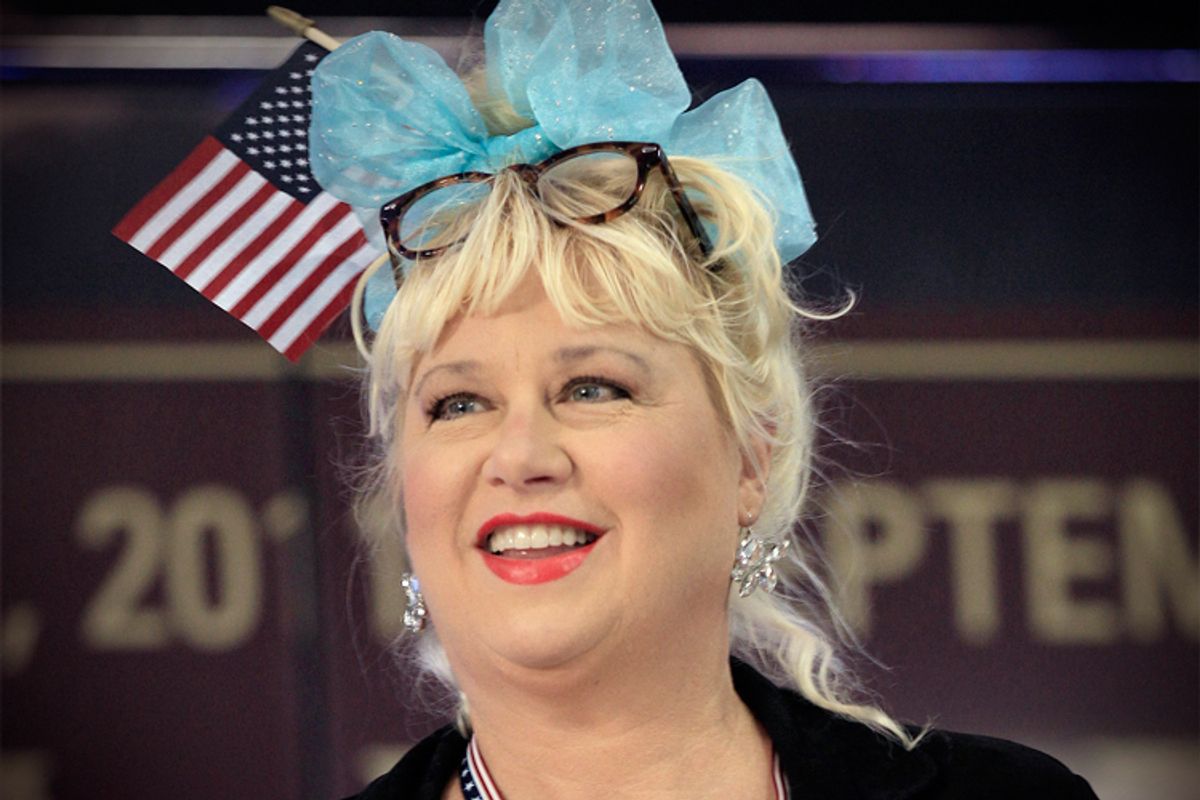 Appearing on Newsmax TV, Jackson explained to host Steve Malzberg why she believes Obama is lying when he says he's a Christian. "The Bible says, ‘By their fruit, you will know them.' And all of his actions are different than what his words say," she said, adding that he “doesn’t act like a Christian at all” because he "supports abortion and same-sex marriage."

Jackson castigated those who don't buy into her conspiracy theory.

“The thing that is frustrating to me is every night I hear the news commentators say: Why is Obama doing this? Why is he helping the enemy? Why is he telling them where we’re going to hit them? Why is he aiding and abetting ISIS? And I’m like, because he’s one of them," Jackson ranted. "It’s so obvious. It’s like the emperor’s new clothes, you know? It’s like nobody will say the truth. He’s an Islamic jihadist."