Giuliani continues to believe that both Obama's rhetoric and actions are distinctly un-American. 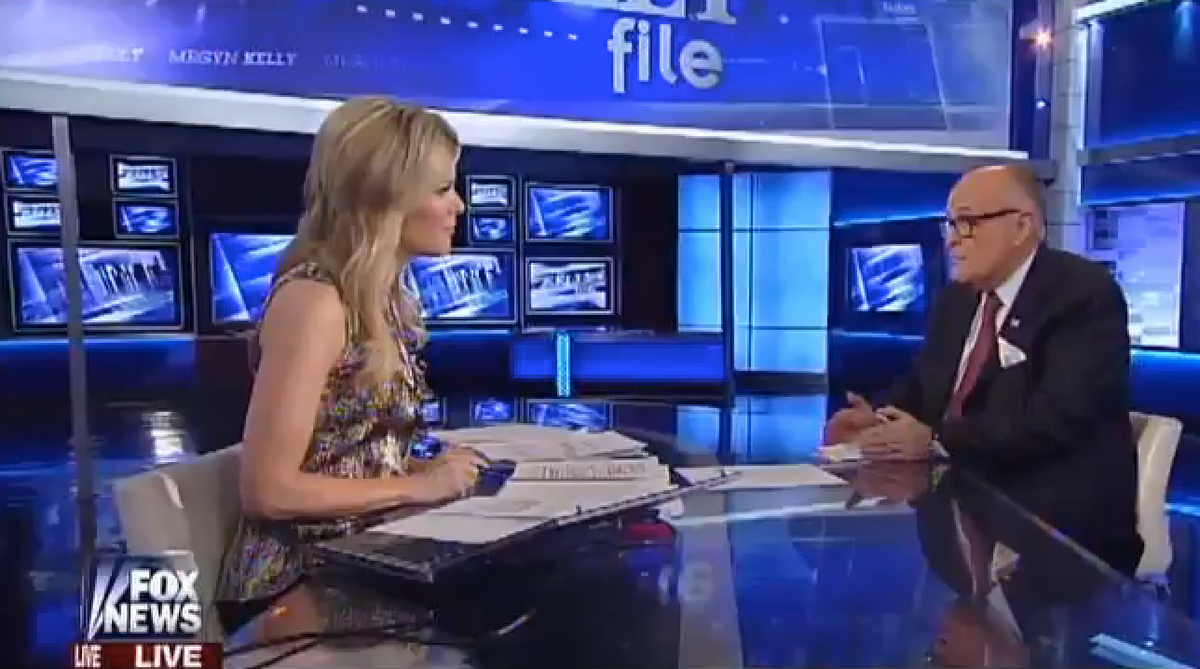 Mayor Rudy Giuliani is not backing down over an earlier comment at the Wisconsin governor's dinner that "Obama doesn't love America." It's something that even Fox News correspondent Megyn Kelly is asking Giuliani to apologize for.

Giuliani joined Kelly Thursday night on Fox News, opening the interview by cackling "No. I want to repeat it," when asked if he'd like to apologize for the comment.

Later in the interview, we learn that Giuliani is waiting for Obama to profess his love for the red, white and blue in the same way that presidents past like Clinton, Truman and Carter have. Also, he suggests, maybe Obama wasn't raised to love America.

"His grandfather introduced him to Frank Marshall Davis who was a communist," Giuliani went on to explain.