A healthier, more sustainable America is at odds with the meat and soda industries 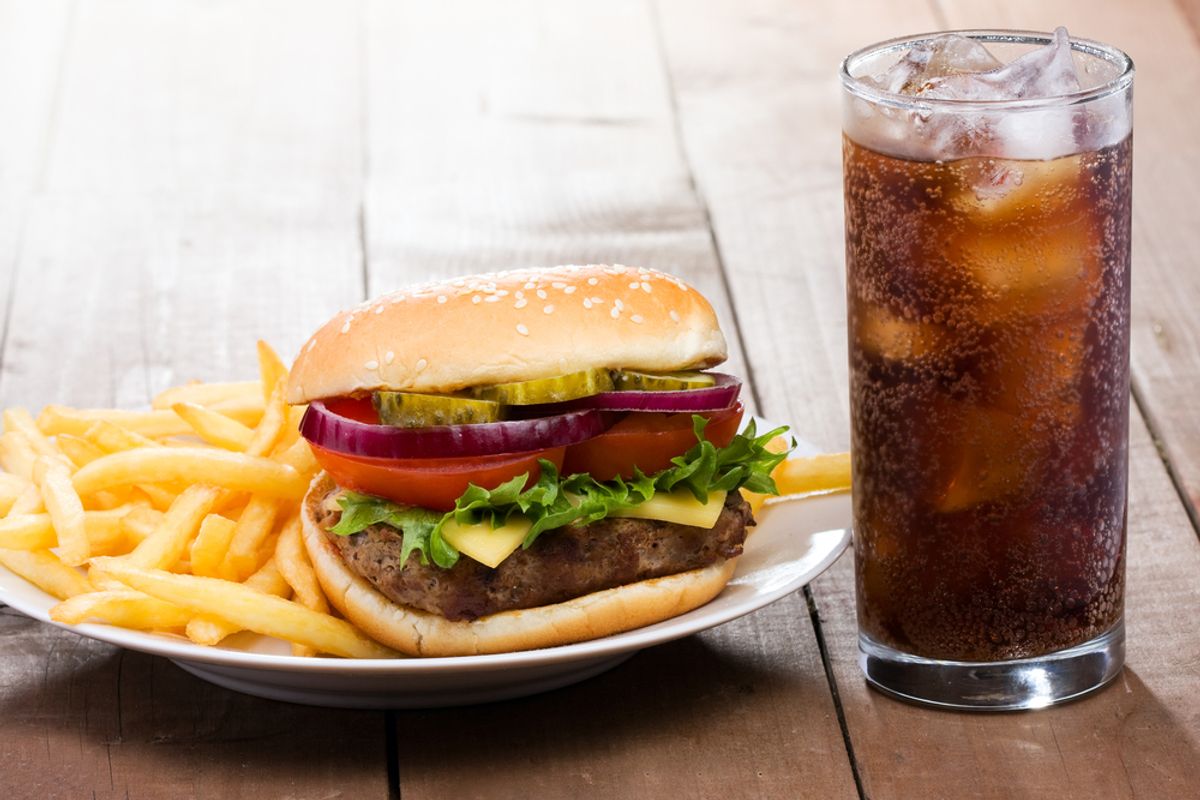 The Dietary Guidelines Advisory Committee is out with its new recommendations, which form the scientific basis for what's considered the healthy American diet. Among other things, the 571-page report calls for a dramatic reduction of added sugars, to just 10 percent of one's daily calorie intake. And for the sake of the environment and for our health, the panel recommends, Americans should eat more vegetables and less meat.

The meat and soda industries are coming out in force against the recommendations, accusing them of being "flawed" and "nonsensical" (North American Meat Institute) and the 14-member panel of going "beyond its charge and authority" (American Beverage Association) in recommending public policies that would tax the sales of sugary foods and beverages.

The food industry, in fact, have been gearing up for this fight since before the recommendations were even released; now that they're out, Dave Warner, a spokesman for the National Pork Producers Council, told Politico that he thinks they are "off-base," and indicated the industry's intent to carefully evaluate the research on which the council relied.

“We’ll go through it with a fine-tooth comb," Warner said. "We certainly will then talk to lawmakers about it and express to them our concerns. We’ll certainly educate them about the role of meat, especially lean meat, in a healthy diet.”

The inclusion of "not contributing to the destruction of the planet" as a consideration is also rankling industry reps. Barry Carpenter, NAMI's CEO and President, took particular issue with this, calling the DGAC's "foray into the murky science of sustainability...well beyond its scope and expertise."

Miriam Nelson, a Tufts University professor who chaired the DGAC's subcommittee on sustainability, disagreed. “It’s important to realize that we looked at both very, very high quality, original research and reports, thousands of reports,” she told Politico. “We’re scientists … our charge was to look at the best evidence and the best science.”

Here's how the report lays the sustainability argument out: "Current evidence shows that the average U.S. diet has a larger environmental impact in terms of increased greenhouse gas 265 emissions, land use, water use, and energy use," it explains. "This is because the current U.S. population intake of animal-based foods is higher and plant-based foods are lower." It's careful to say that while it sees merit in righting this balance, it doesn't advocate for the elimination of any food group entirely.

Still, it's undeniable that the healthier, more sustainable America the guidelines encourage has less room for the meat and soda industries than they'd prefer. The recommendations, if adopted into the USDA's final Dietary Guidelines, will do no favors to their bottom lines: Americans are already consuming less meat and getting fewer of their calories from sugary beverages, and the recommendations will likely encourage this trend. And, if adopted by the USDA, they'll be used to guide the $16 billion school lunch program.

This is only the beginning of what's going to be a long and contentious fight. Public health advocates are warning that the industry is going to do everything possible to cast doubt on the scientific evidence behind the recommendations, and say that the report is far less radical than some are suggesting. "The basic advice to eat less saturated fat, sugar, and salt, and to eat more whole grains, fruits, and vegetables, is largely the same," said Michael Jacobsen, the executive director of the Center for Science in the Public Interest, in a statement. "The DGAC has always urged greater consumption of fruits and vegetables, but the recommendation to eat less red and processed meat deserves to be in the final Dietary Guidelines for Americans -- and not excised at the behest of the meat industry."