Wiped out in the 2010 Tea Party wave, the liberal Wisconsinite looks like he wants his old job back 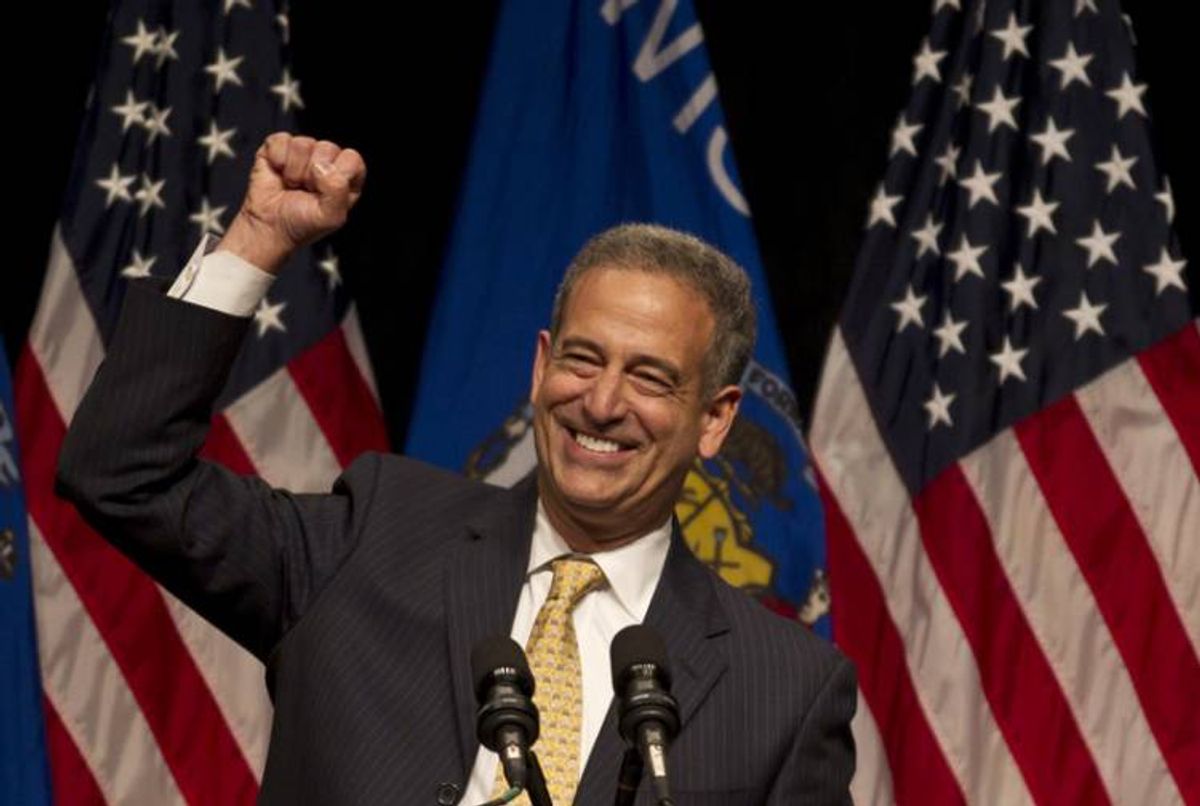 The Huffington Post's Sam Stein reports some encouraging news for Senate Democrats, still smarting from their midterm drubbing: Nearly five years after he was wiped out in the Tea Party wave of 2010, former Sen. Russ Feingold (D-WI) appears poised to seek his old seat, boosting the party's chances of reclaiming its majority in the chamber.

An Africa policy wonk, Feingold went to work as the State Department's special envoy for the continent's Great Lakes region shortly after his five-point loss to millionaire Republican businessman Ron Johnson. But Feingold is preparing to leave his current post, Stein reports, with his final speech scheduled for Tuesday. It's the clearest signal yet that Feingold, long rumored to have his sights set on a political comeback, is gearing up to mount a challenge to Johnson next year.

Sen. Johnson starts out as one of the Senate's most endangered incumbents. While his hardline conservatism didn't hinder him in a midterm election, his right-wing voting record could pose substantial hurdles as he seeks a second term in a higher-turnout presidential year. Ranked the ninth-most conservative member of the Senate by National Journal last year, Johnson has staked out firm positions in opposition to health care reform, economic stimulus, an increased minimum wage, and climate science. Public Policy Polling found last year that a scant 34 percent of Wisconsinites approve of his job performance, with 36 percent disapproving and 30 percent not sufficiently acquainted with him to form an opinion. That same survey found Feingold leading Johnson in a head-to-head contest, taking 47 percent of the vote to Johnson's 41 percent.

While Johnson is already steeling himself for a tough re-election battle and will enjoy a torrent of outside conservative spending on his behalf, he may fall victim to Wisconsin's tendency to swing wildly between electing progressive Democrats and electing conservative Republicans. A deeply polarized state, Wisconsin in recent years has been kind to the GOP in midterm elections, while Democrats have performed well in presidential years. Then-Sen. Barack Obama thumped John McCain by 14 points in the state in 2008, two years before voters tossed out Feingold and elected Scott Walker governor. In June 2012, Walker survived a recall election following massive protests over his signature anti-union law, but five months later, the state's voters awarded President Obama a seven-point victory over Mitt Romney and elected the progressive Tammy Baldwin to the Senate, making her the first openly gay member of the chamber in U.S. history. So it would hardly be out of character for Wisconsin to return Feingold to the Senate in 2016, two years after re-electing Walker and adding to the Republicans' majority in the state legislature.

For Democratic progressives, a Feingold win would be an especially sweet victory. A tribune of the party's liberal wing during his three terms in the Senate, Feingold voted with only 13 other senators against the 1996 Defense of Marriage Act; cast the sole Senate vote against the Patriot Act; co-authored the landmark McCain-Feingold campaign finance law (since gutted by the Supreme Court); and opposed the 2002 resolution authorizing the Iraq War. He briefly flirted with a 2008 presidential run, and some progressives even pushed him to wage a 2012 primary challenge to Obama, although Feingold never seriously considered the prospect.

A Feingold comeback would also bring the Democrats a crucial step closer to winning back control of the Senate next year. The party must net at least four seats to do so -- five if the next president is a Republican, with a GOP vice president breaking a 50-50 Senate tie. While the Democrats must defend potentially vulnerable seats in Nevada and Colorado, they like their odds of ousting Mitch McConnell from his perch as Majority Leader. Republicans will be defending 24 seats next year to the Democrats' 10, and seven of the GOP-held seats are in states President Obama won twice.