When marriage is an act of political protest

Same-sex marriage is illegal in Myanmar, but that hasn't stopped one couple from openly celebrating their union 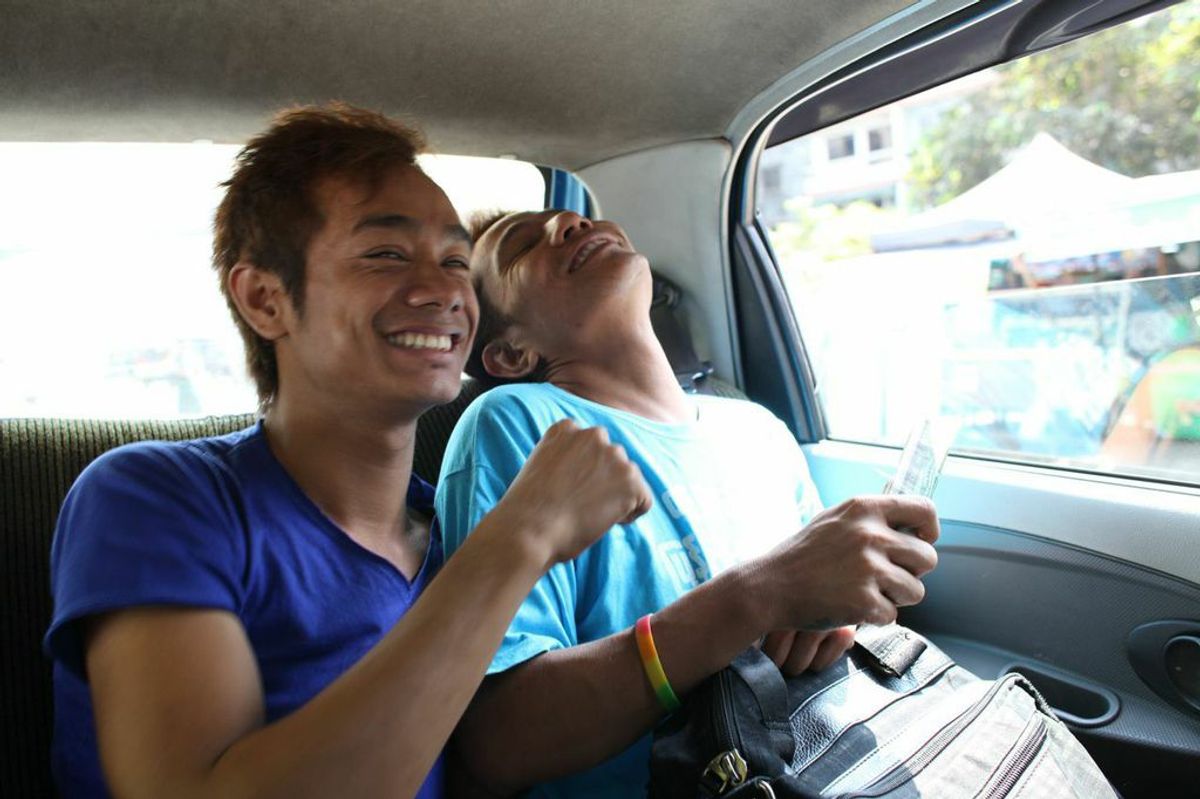 Nearly one year ago, on March 2, 2014, Tin Ko Ko and Myo Min Htet walked hand in hand through a crowd of their friends in a hotel banquet room in Yangon, Myanmar’s largest city. Theirs was the first high-profile marriage of two men in the country. Although same-sex marriage is not legal in Myanmar, Tin Ko Ko and Myo Min Htet wanted to publicly celebrate their committed relationship, which they consider a marriage even though it is not recognized by the state.

After enduring five decades of military rule, minority communities across Myanmar are beginning to openly contest violations of their rights. Today, having faced severe discrimination and violence, gay communities are challenging legal persecution—Myanmar’s penal code still includes a prohibition of same-sex relations (which carry a penalty of up to 10 years in prison) dating back to British colonial rule—as well as broader social prejudice. Within many families, parents do not accept their homosexual children.

Tin Ko Ko and Myo Min Htet are devoted to fighting anti-gay discrimination through their work with LGBTQ community groups in Myanmar. For several years, Tin Ko Ko has contributed to the research and public activities of Kings N Queens, a community-based organization raising awareness about LGBTQ issues and striving to reduce the stigma surrounding same-sex relations. Myo Min Htet distributes information about HIV/AIDS in the gay community and other at-risk sectors.

The couple also sees how the public nature of their relationship can kindle social activism. Their wedding generated front-page stories with sensationalist headlines, sparking widespread controversy and vicious criticism. Yet, as with LGBTQ movements in other countries, their openness, however risky, helps push public discourse toward greater recognition of LGBTQ people’s human rights. To that end, Tin Ko Ko and Myo Min Htet are willing to expose their lives in the media, openly celebrating a relationship that their country deems illegal. They welcomed the photographer Hong Sar’s efforts to document the various stages of their relationship and hope he will be with them if they are able to meet their next goals: to be legally married and to adopt a child.

Tin Ko Ko and Myo Min Htet have already seen perceptions begin to shift. Inspired by their wedding, many of their friends say they have a stronger sense of community. Recently, when the couple went out for dinner, the restaurant owner approached them to ask if they were the two men who had married each other. To their surprise, when they said yes, she grinned and congratulated them.