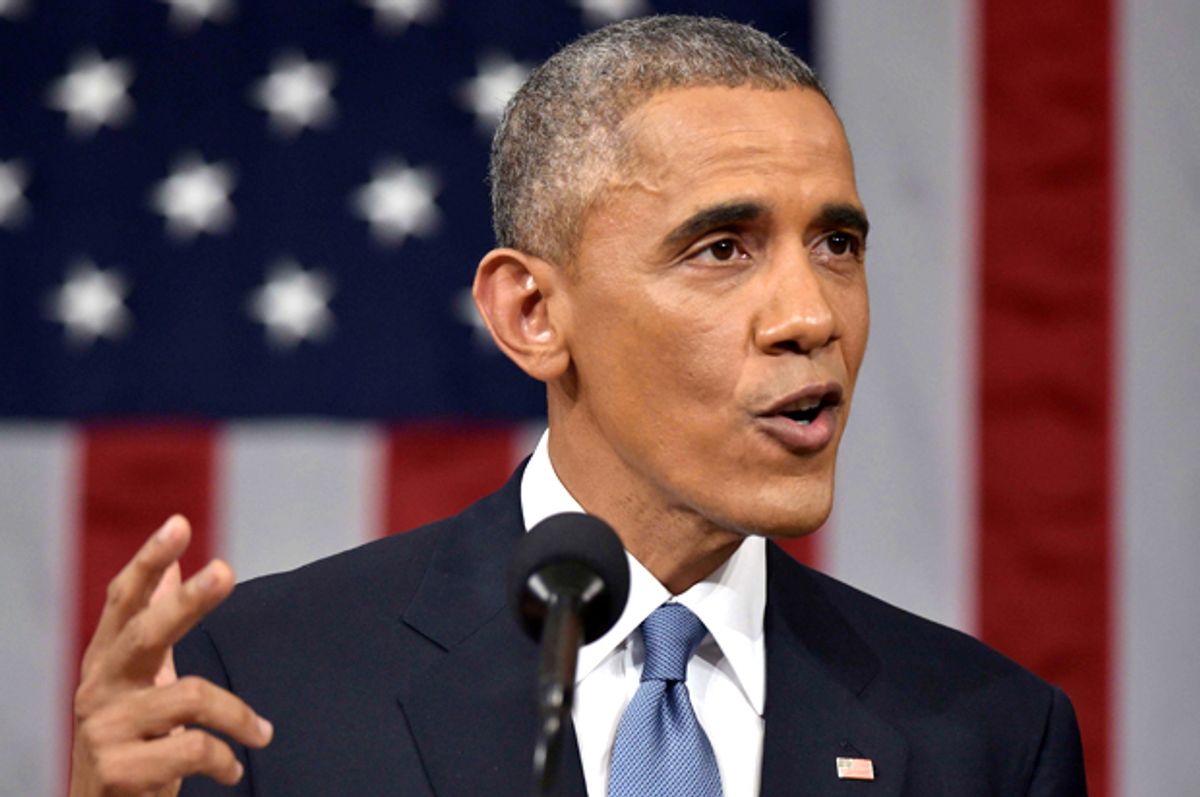 A majority of Americans favor President Obama's proposal to increase capital gains taxes on households earning more than $500,000 per year, and two-thirds believe that the wealthy currently pay too little in federal taxes, according to a newly released Associated Press-GfK poll.

The poll found that 56 percent of respondents supported the administration's proposal to raise capital gains taxes on stocks owned by wealthy families, which Obama unveiled in his bold State of the Union address last month. Only 16 percent said they opposed it, while 25 percent had no opinion either way. The results were more mixed on two of the other ideas Obama put forth: 27 percent supported increasing the capital gains taxes paid when stocks are inherited, while 36 percent opposed the proposal and 34 percent had no opinion. And while a 47 percent plurality favored imposing a fee on the debts of financial institutions with more than $50 billion in assets, 36 percent had no opinion and 13 percent opposed the idea.

The survey also showed that a plurality of respondents opposed the president's since-abandoned plan to eliminate tax breaks on withdrawals from 529 college savings plans; while the tax break favored more affluent families, Obama's call to end it met with furious howls of protest. Only 19 percent of Americans agreed with the proposal, against 43 percent who opposed it and 35 percent who had no opinion.

Asked more broadly about tax fairness, a vast majority of Americans indicated that they believe the tax system is stacked in favor of the wealthy. Fifty six percent said that they personally paid too much in federal taxes, while 60 percent said the same of middle-class households. A 41 percent plurality also said that low-income households pay too much in taxes, but there's a broad consensus that the wealthy pay too little. Only 18 percent of respondents thought that rich households pay about the right amount, while 68 percent said they paid too little.

Indeed, the typical wealthy household pays a lower effective tax rate than many middle class workers. While the top federal income tax rate stands at 39.6 percent, many wealthy Americans actually earn their living from capital gains, which are taxed at a top rate of 20 percent. In 2011, the average effective tax rate paid by the top one percent of earners was just 23.5 percent, down from 27.6 percent in 2001.

The poll's findings underscore widespread discontent with economic inequality, an issue that has acquired such political resonance that even Republican presidential hopefuls feel obligated to at least acknowledge it, even if their policy proposals don't quite match their rhetoric decrying the gap between the rich and poor.

Massachusetts Sen. Elizabeth Warren, who has long sounded the alarm about inequality, spoke of the growing attention to the issue during a meeting with constituents in Springfield last week.

“Americans understand that the game is rigged, and they’ve had enough of it. They’re ready to fight back. They want a Washington that works for them,” Warren said. “I think that people are getting more engaged, politically, and they’re seeing through a lot of the rhetoric that politicians have been throwing out there for a long time. They want to see some real change, and I think that’s what we need to work on.”