"Birdman" trumps "Boyhood" at the Oscars 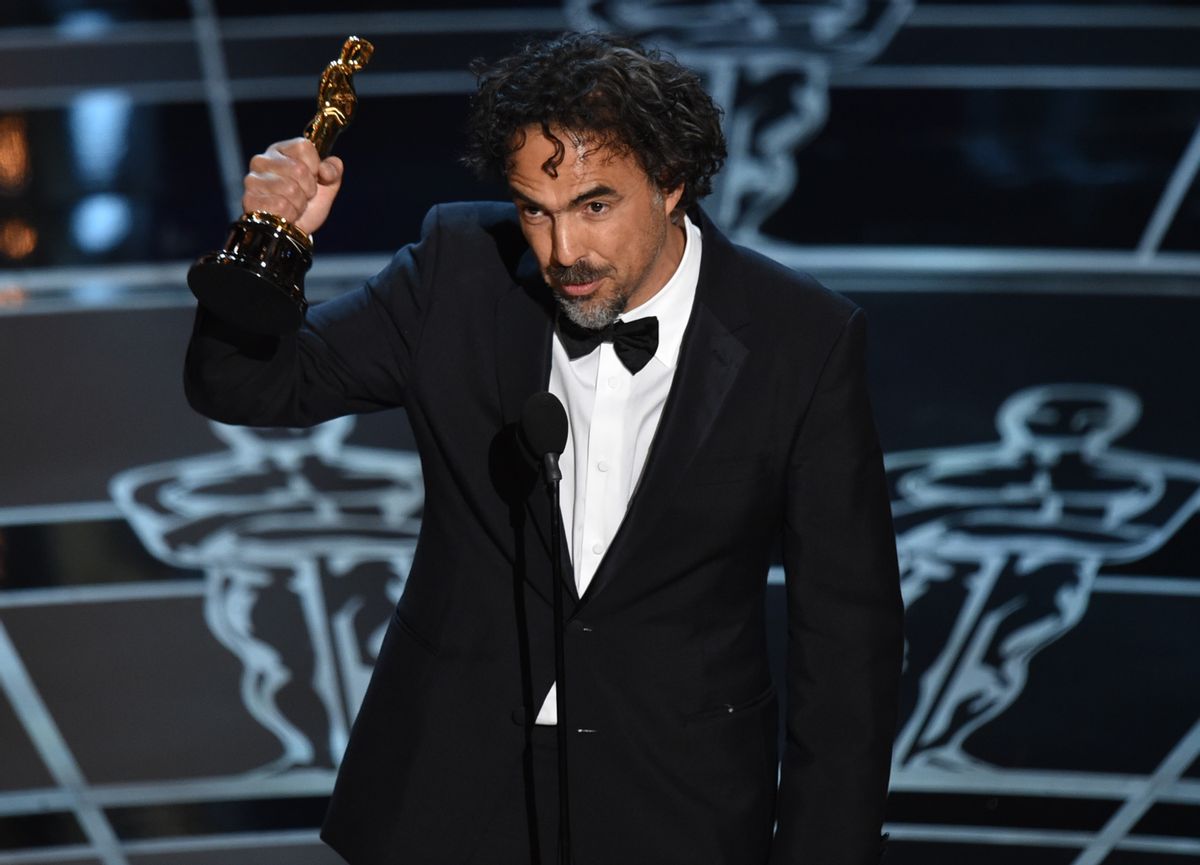 Alejandro G. Inarritu accepts the award for best director for Birdman or (The Unexpected Virtue of Ignorance) at the Oscars on Sunday, Feb. 22, 2015, at the Dolby Theatre in Los Angeles. (Photo by John Shearer/Invision/AP) (John Shearer/invision/ap)
--

The big narrative going into tonight’s ceremony was "Boyhood" vs. "Birdman." And now the Academy has spoken, with Iñárritu's sly dark comedy about the world of showbiz taking home Best Picture over Linklater’s 12-year coming-of-age epic.

In addition to winning best picture, Iñárritu also won for Best Director and Best Original Screenplay, two categories many critics had gone into the ceremony saying were too close to call. "Birdman" cinematographer Emmanuel Lubezki -- who also won for last year's "Gravity" -- took home the prize for Best Cinematography (no surprise, considering the film was shot in a masterful single take). While "The Theory of Everything Star" Eddie Redmayne won Best Actor over Michael Keaton, it hardly came as a major upset, having been widely deemed a two-man race that could go either way. "Boyhood," meanwhile, came home with nothing except Patricia Arquette's Best Supporting Actress win. Neither Linklater nor Iñárritu had won the Oscar before, although Iñárritu had four nominations under his belt (Linklater has one, for Best Adapted Screenplay for "Before Sunset.")

While "Boyhood" shot out of the gate early, "Birdman" had been picking up steam lately, taking home the top prize at the Producers Guild, Directors Guild, SAG Awards and Spirit Awards (although "Boyhood" triumphed at the BAFTAs). Yet despite the close race, some critics were remarkably prescient about "Birdman"'s sweep. As Grantland’s Mark Harris wrote, a "Birdman" victory would be much in line with the Academy’s preferences as of late, pointing out that it would be the third time in four years "that people who make movies have given top honors to a movie about people who make movies” (along with "The Artist" and "Argo"). Taking up Harris' point, Salon critic Andrew O’Hehir observed that the Academy tends to reward films that hold a mirror up to the grand struggles of the film industry, saying that "self-regarding movies about the greatness and craziness and triumph and tragedy of those who make movies have become the new Oscar norm."

It's certainly sad to see "Boyhood," a truly one-of-a-kind cinematic endeavor, leave empty-handed, considering the many years of love poured into the project and the many viewers that the film profoundly touched. But as the snubbing of "Selma" taught us -- and as if we didn't already know -- the Oscars are often more of a reflection of the flawed and inward-looking Academy than a definitive arbiter of cinematic merit. Plus, "Birdman" was good. Great, even.

Navel-gazing aside, whether you feel that “Boyhood" was snubbed or that "Birdman" genuinely deserved the top prize, Iñárritu's sweep did yield some damn good speeches, including a touching bit on immigration reform and a  joke that he was wearing Keaton's tighty-whities for good luck (and that they "smelled like balls.") Watch his acceptance speech for best original screenplay below: