Here's what we learned from the "Citizenfour" Reddit AMA

Laura Poitras, Glenn Greenwald and Edward Snowden hop on Reddit for the day 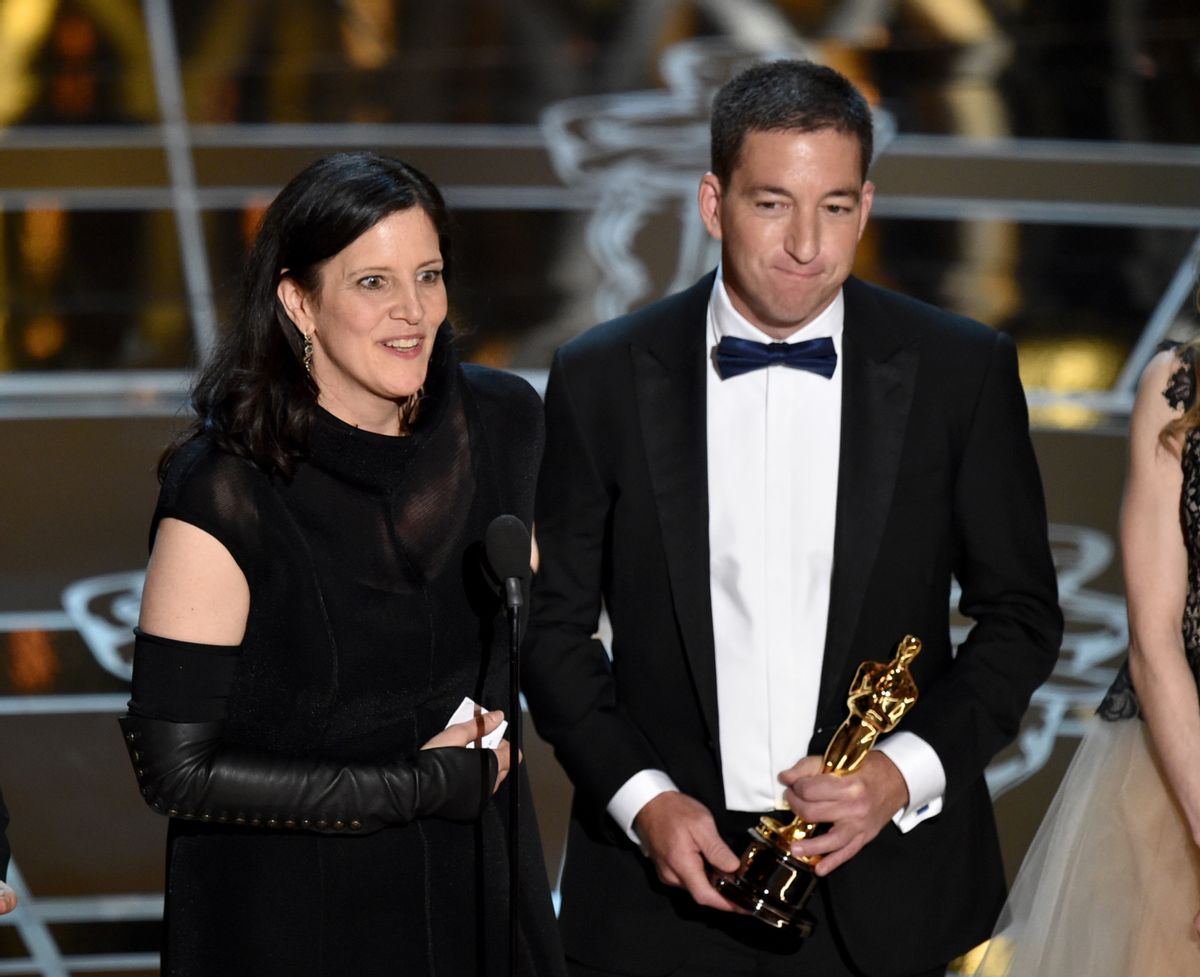 Laura Poitras, left, and Glenn Greenwald accept the award for best documentary feature for Citizenfour at the Oscars on Sunday, Feb. 22, 2015, at the Dolby Theatre in Los Angeles. (Photo by John Shearer/Invision/AP) (John Shearer/invision/ap)
--

Laura Poitras’ Edward Snowden documentary “Citizenfour”picked up the Best Documentary Feature prize at the Oscars Sunday. This hardly came as a surprise to anyone who tuned in to the awards; the film had been pegged as a leading contender for the award ever since its premier at the New York Film Festival back in October.

In her acceptance speech, Poitras thanked Edward Snowden and went on to say: “I share this award with Glenn Greenwald and the many other journalists who are taking risks to expose the truth."

Following the big win -- and in anticipation of its HBO release at 9 PM E.T. --  Laura Poitras, Glenn Greenwald and Edward Snowden hopped on Reddit for an AMA Monday afternoon where the group answered a series of questions that tackled topics from journalism vs. art to regret to the future of privacy.

Snowden thought the NPH "for some treason" joke at the Oscars was funny:

"To be honest, I laughed at NPH. I don't think it was meant as a political statement, but even if it was, that's not so bad. My perspective is if you're not willing to be called a few names to help out your country, you don't care enough."

Laura Poitras considers herself a journalist no more or less than an artist or filmmaker:

"I definitely consider myself a journalist, as well as an artist and a filmmaker. In my mind, it's not a question about whether I am one or the other. Documentary films needs to do more than journalism - they need to communicate something that is more universal."

Glenn Greenwald was in no rush to release his findings:

"We've been reporting continuously on huge stories without pause for 18 months, using editors, reporters, and experts from all over the world.

These documents are complex and take time to process, understand, and research.

If we rush the reporting and make mistakes, we'll be doing a huge favor to proponents of mass surveillance, and then people like you will be coming and asking - reasonably: 'why did you rush all this? Why didn't you make sure the reporting was accurate before publishing it?'"

Snowden believes in systems and standards rather than policies and procedures:

There's not, and that's part of the problem world-wide. We can't just reform the laws in one country, wipe our hands, and call it a day. We have to ensure that our rights aren't just being protected by letters on a sheet of paper somewhere, or those protections will evaporate the minute our communications get routed across a border. The only way to ensure the human rights of citizens around the world are being respected in the digital realm is to enforce them through systems and standards rather than policies and procedures.

Snowden believes that electing new and better representatives is our best shot at combating doubt:

One of the biggest problems in governance today is the difficulty faced by citizens looking to hold officials to account when they cross the line. We can develop new tools and traditions to protect our rights, and we can do our best to elect new and better representatives, but if we cannot enforce consequences on powerful officials for abusive behavior, we end up in a system where the incentives reward bad behavior post-election.

That's how we end up with candidates who say one thing but, once in power, do something radically different. How do you fix that? Good question.