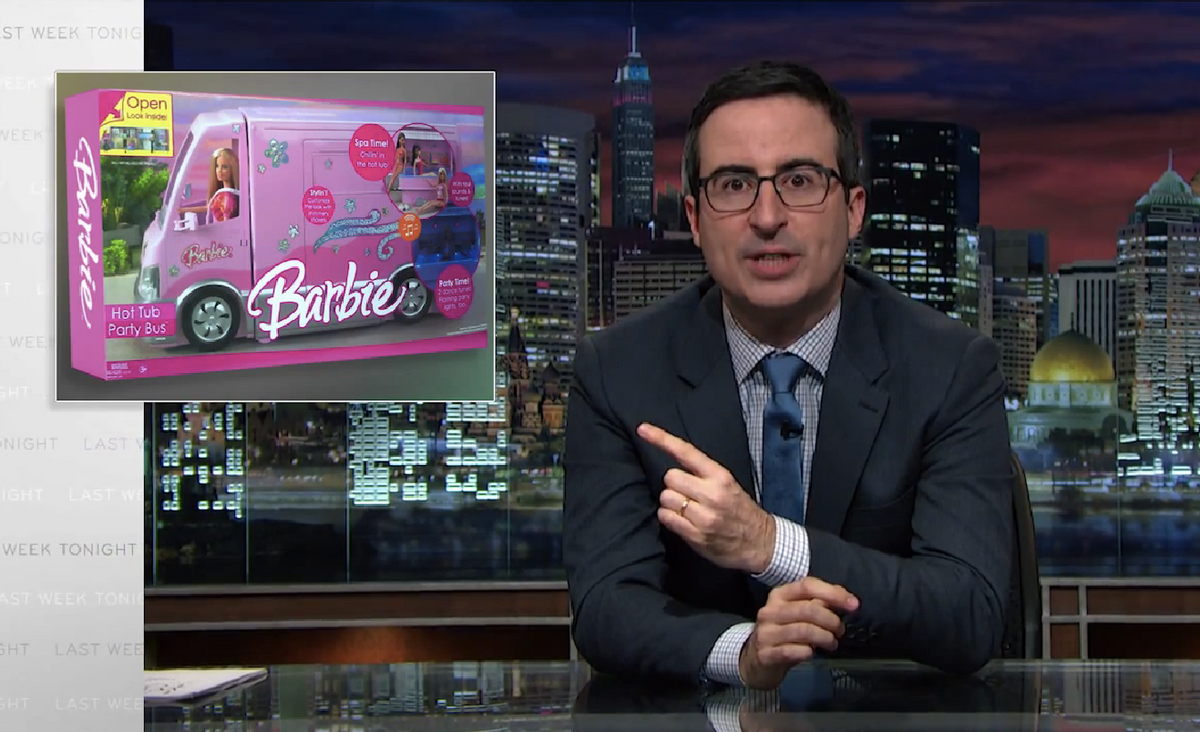 On Sunday night John Oliver discussed the pathetic and patronizing attempt made by a political party to reach out to women. Elections in Britain are coming in May of this year, and in an attempt to woo female voters the Labour Party debuted a pink van (which unlike Barbie's pink van does not fold out into a hot tub).

Oliver naturally slammed this sexist move -- and the refusal to discontinue the bus -- with his own hilarious political commercial and a pony.