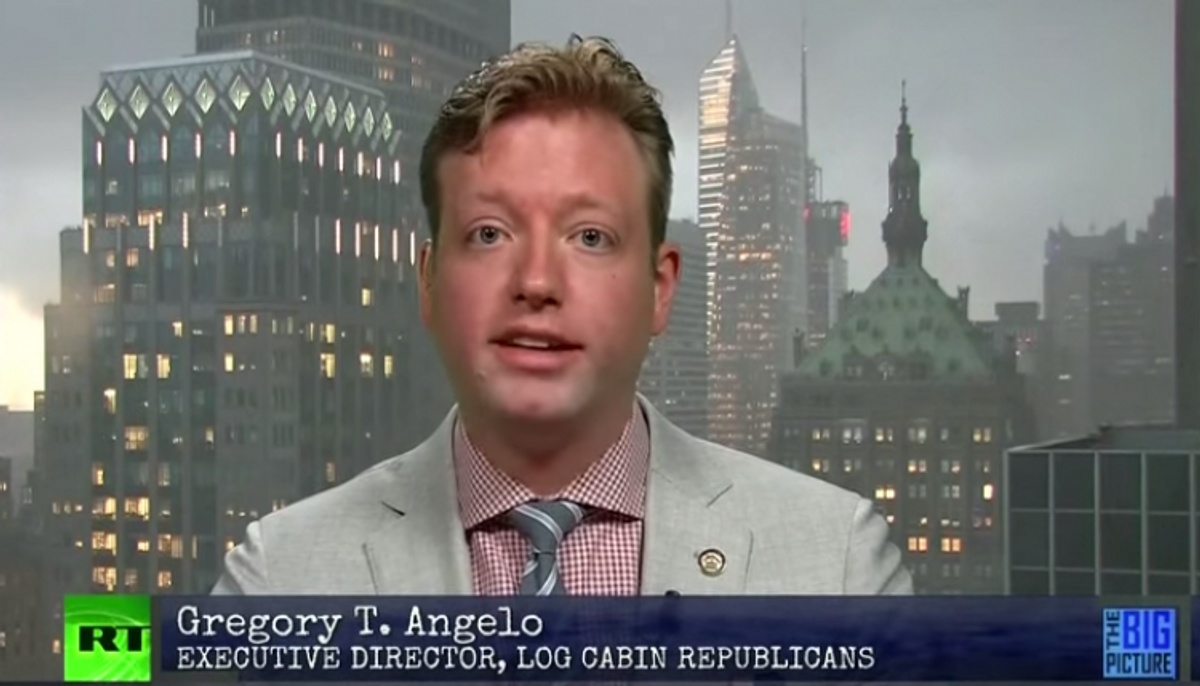 Less than one week after the head of the Log Cabin Republicans publicly assailed the organizers of the Conservative Political Action Conference (CPAC) for prohibiting the gay conservative group from sponsoring this year's gathering, the two sides have reached a truce. The Log Cabin Republicans still won't be permitted to sponsor the event, but executive director Gregory T. Angelo announced Monday that he has accepted an invitation to speak on a panel about Russia.

Angelo said in a statement that it would "be an honor" to represent his group on the Saturday panel, titled “Putin’s Russia: A New Cold War?” While the panel isn't focused on LGBT issues, it will presumably afford Angelo an opportunity to discuss Russia's crackdown on LGBT citizens.

In his statement, Angelo apologized if his group offended the American Conservative Union, which organizes CPAC, with its demand that the Log Cabin Republicans be recognized as a full and equal sponsor.

In an email to The Hill newspaper, Angelo said that while it's "disappointing" that the Log Cabin Republicans won't be allowed to sponsor CPAC, "I'm not going to make the perfect the enemy of the good." He added that he hoped his participation would convey that his group is "more than just 'the gay marriage Republicans.'"

Though Angelo says that his group's second-class status is satisfactory for now, he was far more scathing in his assessment of the event's organizers last week.

"The ACU is fond of hiding behind a fig leaf stating gay people are welcome as guests, but the ability to buy a ticket to CPAC was never what our debate was about; indeed, I will be attending CPAC, as will hundreds of other Log Cabin Republicans members and supporters," Angelo said in a statement on Thursday. "Make no mistake: LCR is actively being prohibited from sponsoring CPAC. For our organization, this has always been about contributing to CPAC as sponsors or in some recognized capacity. Time and again, when we showed the ACU that we met their criteria for sponsorship, the reasons for our exclusion changed."

The ACU has long noted that individual gay conservatives are permitted to attend CPAC as paying guests, but Angelo derided that defense in a Daily Caller op-ed last year.

"At a time when state legislatures around the country are proposing, debating and — in some cases — passing legislation that allows individuals to discriminate against Americans exclusively because of their sexual orientation, we could not in good conscience agree to a settlement in which Log Cabin Republicans was expected to celebrate the equivalent of not being allowed to sit at the lunch counter but still be served food, or sitting in the back of the bus, as long as we were allowed to ride it," he wrote.