Neil Patrick Harris’ painfully boring Oscar night: How did a great host get it so wrong?

In a night that relies on good jokes to keep it afloat, the writing just wasn't there 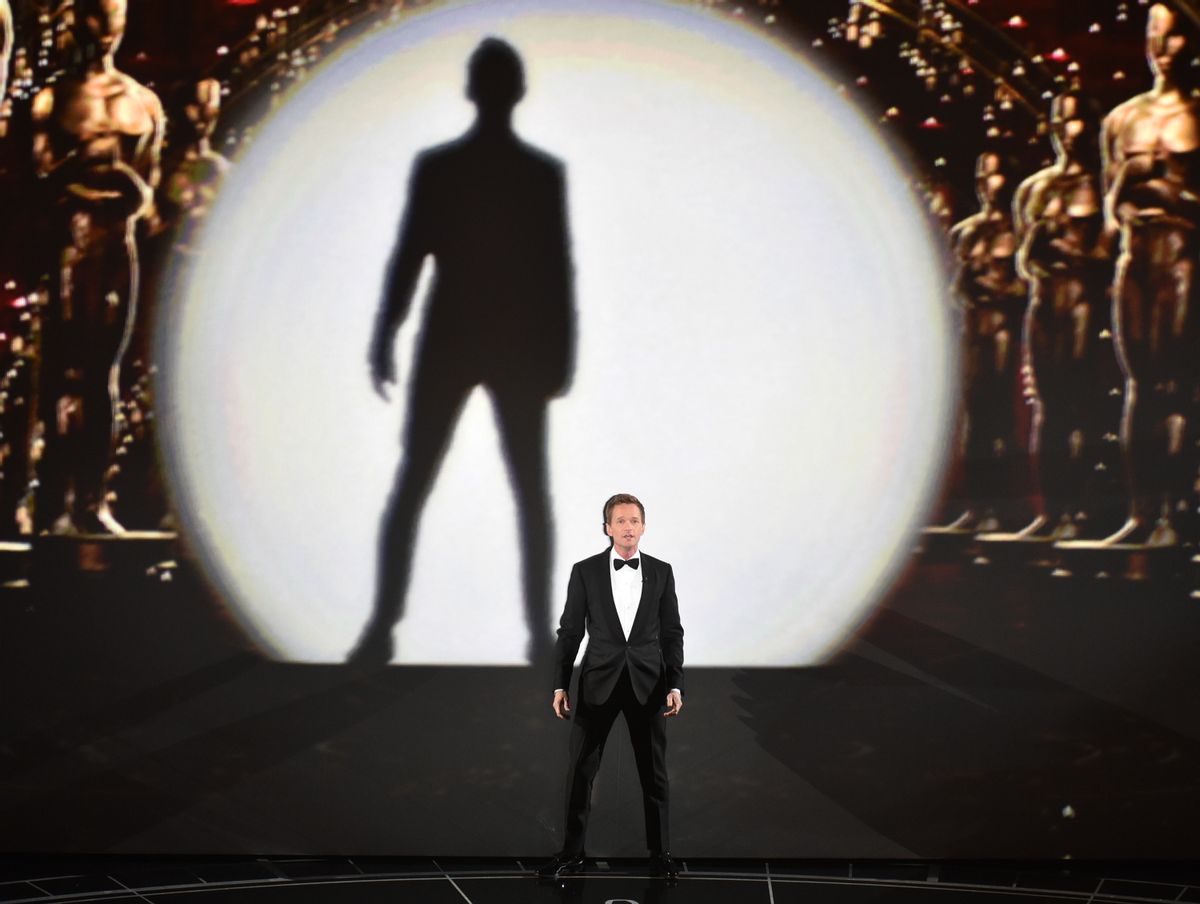 Neil Patrick Harris is arguably one of the world’s most likable and charming dudes, and yet even he was not immune to the fabled Oscars host curse. While some — myself included -- were predicting the veteran song and dance man to bring some much-needed energy to the drawn-out proceedings, what resulted was a ennui-filled four hours where the jokes fell flat and Harris looked increasingly bored and uncomfortable.

Hosting the Oscars is a tough gig to begin with. In the lengthy telecast, it’s always going to be tough to avoid missteps, and there’s a fine line to walk between safely boring and outrageously tasteless. Plus, people are ultimately in for the speeches and the surprises, not the pre-scripted gags, and so the host wants to stay out of the way even while being at the center of attention. It’s a challenging balancing act, and looking back at Oscar ceremonies of the recent past we see a cavalcade of failures: David Letterman, Seth MacFarlane, James Franco and Anne Hathaway (shudder). The fact is, charisma — and this ceremony has been hosted by the most charismatic people on the planet — just isn’t enough to keep things alive for four hours if you don’t have the material to back it up. The only thing that can keep a ceremony this long alive is the joke-writing, and it certainly wasn’t there last night.

Things started off fine, with a pleasant Broadway-style song and dance number featuring Jack Black and Anna Kendrick. But it was only downhill from there, as Harris increasingly relied on jokes that were tired at worst, downright awkward at best.

While last year’s Ellen show was unmemorable, it still felt on-brand; when there’s a comedian hosting, at least you get a sense of their particular comic sensibilities (even if, like Letterman’s fabled "Uma, Oprah" gig, that sensibility ends up being totally embarrassing). That's why Tina Fey and Amy Poehler work so well as three-time Golden Globes hosts; when they are up on the stage, the show feels like Tina and Amy's show. NPH’s jokes, meanwhile, didn’t seem written specifically for him -- he choked on generic one-liners and cringeworthy puns that could have been pulled from your uncle's Big Book of 1000 Funniest Jokes. The worst offenders: “So lovely you could eat her up with a spoon,” (about Reese Witherspoon) “He’s the real deal, pants down. I mean, hands down” (about Channing Tatum) and a “Peeta that won’t throw paint on you” (Josh Hutcherson).

Seriously? We are literally a nation of comedians. A brief scout of Twitter yielded ten one-liners funnier than that. Is this really the best we could do? (The head writer, Greg Berlanti, is best known for comedic institutions "Everwood" and "Dawson's Creek," for what it's worth).

And the extended gags fell just as flat as the one-liners. While his “Birdman”-style tighty-whities run was fun, the running briefcase bit was three hours of build-up with no payoff, combining everyone's love of magic shows (right?) with the overwhelming excitement of hearing someone live-tweet events we’d already watched. And perhaps knowing that his material was weak, NPH seemed increasingly out of his element, bungling names, giggling nervously at his own jokes, and even ad-libbing a tasteless comment about a winner's outfit after she spoke about her son's suicide. His bits of audience interaction widely flopped, too: While this sort of thing can work when it feels like the host has a genuine rapport with the audience — like Ellen, she of the famed Oscar selfie, or Billy Crystal or Steve Martin, who really are Hollywood insiders — NPH’s targets didn’t exactly seem like willing participants in the banter. And surely there are more interesting people in that room to interact with than Steve Carell and some seat-fillers, right, "Dawson's Creek" guy? No? (And Van Der Beek wept.)

Likewise, while there wasn’t a “We Saw Your Boobs”-esque level offensiveness crisis, the ceremony was marred with missteps when it came to dealing with the fraught issue of race. While it began okay — "Tonight, we honor Hollywood’s best and whitest, I mean brightest” was funny enough — things only got weird from there, as Harris repeatedly picked on black actors for awkward bits that didn't seem to have any rhyme or reason to their existence. There was a snarky comment about David Oyelowo, who was passed over for a Best Actor nomination ( “Oh sure, now you like him”), after which he made the "Selma" actor uncomfortably parrot a weird “Annie" joke, not to mention the painfully-unfunny gag about Octavia Spencer watching his briefcase. As MSNBC’s Janet Mock wrote on Twitter, “It is not fun to check in with a black woman only in the context of her performing a duty for you.” I don’t fault NPH for these bits, but in a show that was already going in with a shadow cast over it for its diversity failings, there really could have been more of an effort made here. (His other political jokes, like saying Snowden couldn't be there for some “treason," felt similarly gratuitous.)

It’s in the above dissonance that we see the innate difficulty of Oscar hosting. To be truly funny, you have to push the envelope — but when you do take risks, you have four hours in which to fail gloriously (and the online peanut gallery is just waiting to let you know when you do). It’s not an easy job, and NPH proved once again that even the most seasoned host can't save bad material. Our suggestion for the future? Shave a few 0's off the cost of the swag bags and hire some real comedians to write the damn thing. In the meantime, let's think back fondly on the 2013 Tonys and try and forget this mess ever happened.