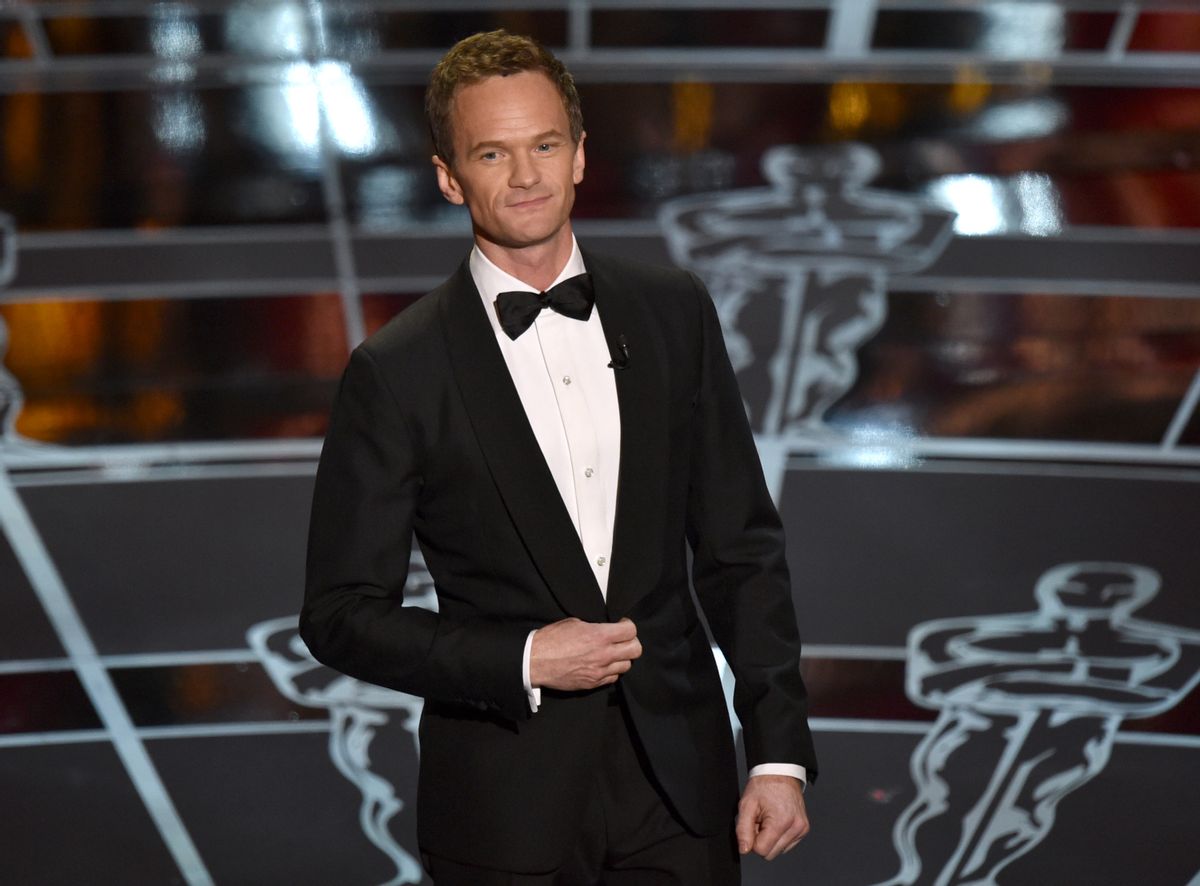 Host Neil Patrick Harris speaks at the Oscars on Sunday, Feb. 22, 2015, at the Dolby Theatre in Los Angeles. (John Shearer/Invision/AP)
--

As I wrote last week, Neil Patrick Harris is an old-school song and dance man, and song and dance was exactly what we got in this year’s Oscar opening number.

While quickly dispensing with the requisite #OscarsSoWhite joke right off the bat ("tonight we honor the best and the whitest—er, brightest"), NPH launched into a flashy tribute to the magic of movies, shouting out to Hollywood classics of near and distant past: From Bardot and Brando to “Argo,” to “Fargo” and that time that Sharon went commando (we can’t remember the exact rhyme, but you get the gist). While the song, written by "Let it Go" duo Bobby Lopez and Kristen Anderson-Lopez, never managed the bite and originality of some of his past hosting ditties like “Bigger" and "Not Just for Gays Anymore," it had some fun moments, from a spot-on "Gone Girl" shoutout to some delightful celebrity reaction shots.

Despite being a tribute to the moving pictures, NPH wisely kept things very Broadway: After Anna Kendrick reprised her “Cinderella” character from “Into the Woods," we got an inspired bit by Jack Black — doing his own version of the “Into the Woods” "Witch's Wrap" — criticizing Hollywood's franchise-hungry culture and acting as the angry id to NPH’s fawning super-ego. It was great fun to see the long-absent Black back in the limelight, all twinkling eyes and menacing grin (particularly in a year when his pal Linklater is poised to finally win it big).

But of course, this is a night to celebrate movies and only lightly denigrate them, so Black was quickly dispensed with as NPH was surrounded by dancing storm-troopers to wax musical about the "stories that inspire us and motivate us." If it wasn’t enough to make you "fall in love with motion pictures all over again", it was at least enough to make you glad that the host stuck to safe musical territory instead of the usual toothless celeb jokes (and don't worry -- he'll have plenty of those coming up).