Patricia Arquette doubles down on equal pay: "Why aren't you an advocate for equality for all women?"

The Oscar winner digs in on Twitter, but she still misses the point: LGBT women and women of color are also women! 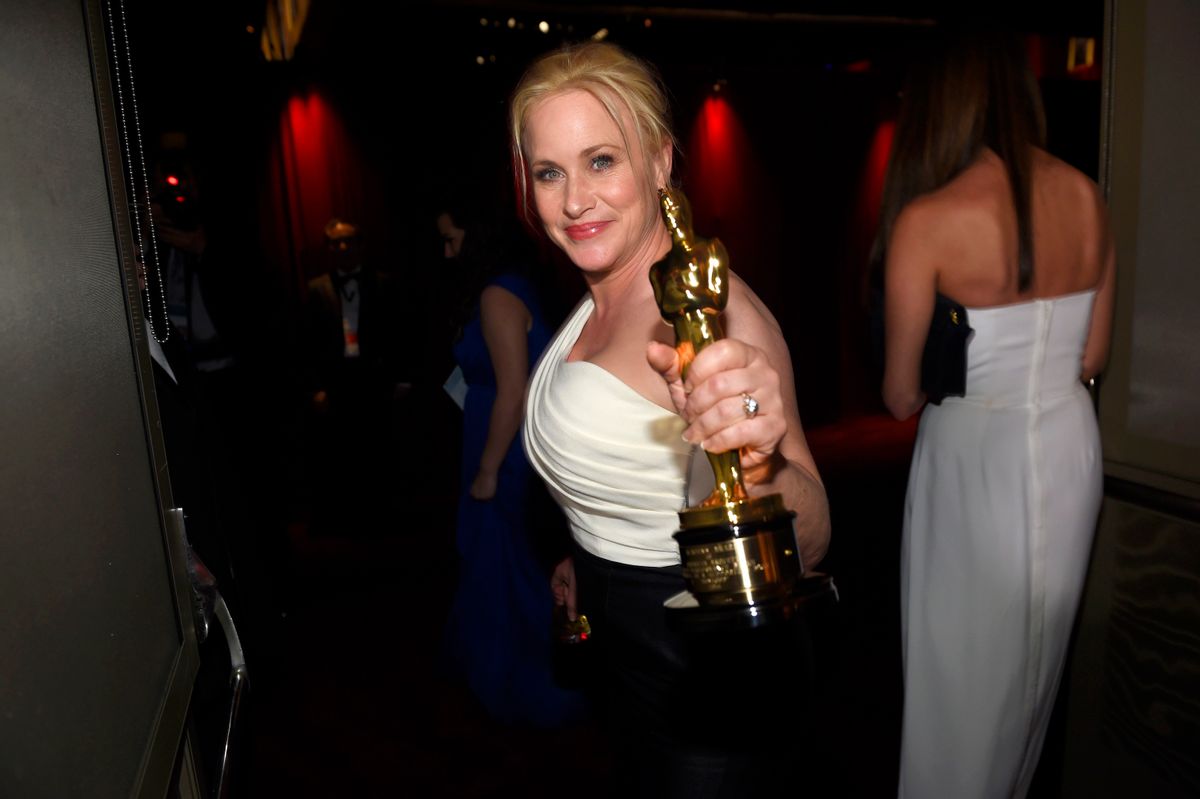 Newly awarded Oscar winner Patricia Arquette stoked tweet-storms of many kinds on Sunday evening following her calls for gender equality in her Academy Awards acceptance speech. Almost as soon as the "Boyhood" star garnered praise for her public advocacy of equal pay, she received backlash for her narrow approach to tackling the wage gap. Arquette has been criticized widely for appending her initial remarks with comments that overlook intersectional feminism, and effectively erase the voices and needs of LGBT women and women of color:

So the truth is even though we sort of feel like we have equal rights in America right under the surface there are huge issues at play that really do affect women. It’s time for all the women in America, and all the men that love women and all the gay people and all the people of color that we’ve all fought for to fight for us now.

On Monday, the star took to Twitter to respond to the criticism, but she merely dug herself in deeper:

Wage equality will help ALL women of all races in America. It will also help their children and society.

Women have been basically paying a gender tax for generations.

Guess which women are the most negatively effected in wage inequality? Women of color. #Equalpay for ALL women. Women stand together in this

Arquette is certainly right to observe that the wage gap leaves women of color, in particular, to fare much worse than, say, straight, white, cisgender women. But her framing still treats women of color and LGBTQ women as separate groups. To say that she has "long been an advocate for the rights of the LGBT community" and then question that community's involvement in the fight for economic justice implies that the two groups are not one and the same. Simply put, these women are women -- and they face different, intersecting struggles, which can be fought only by recognizing those intersections.

The disparities between demographic groups when it comes to who is most negatively affected by the wage gap are very real, and they are -- as Arquette continues to suggest -- indicative of a need for more solidarity. But that solidarity won't come from insinuations that it is women of color and LGBTQ women who are standing apart from the crowd. It comes from recognizing that the crowd is diverse, but can still stand together.