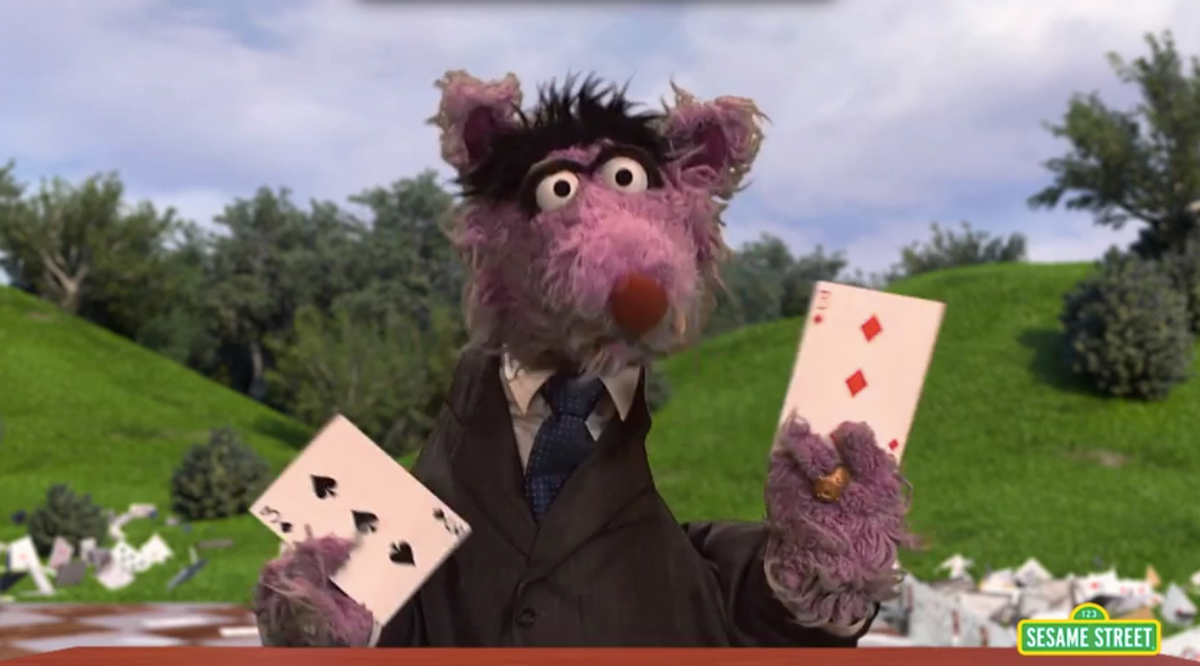 The cards are stacked against Frank Underwolf, so it would seem.

In a timely fashion, Sesame Street released its very own "House of Cards" parody, which introduces us to the smooth-talking, power-hungry Frank Underwolf. As he'll learn, power-climbing in politics isn't as easy as huffing and puffing.

But no one is going to stand in the way of Underwolf attempting to take over that White Brick House, anyway -- not the Three Little Pigs, not anyone.