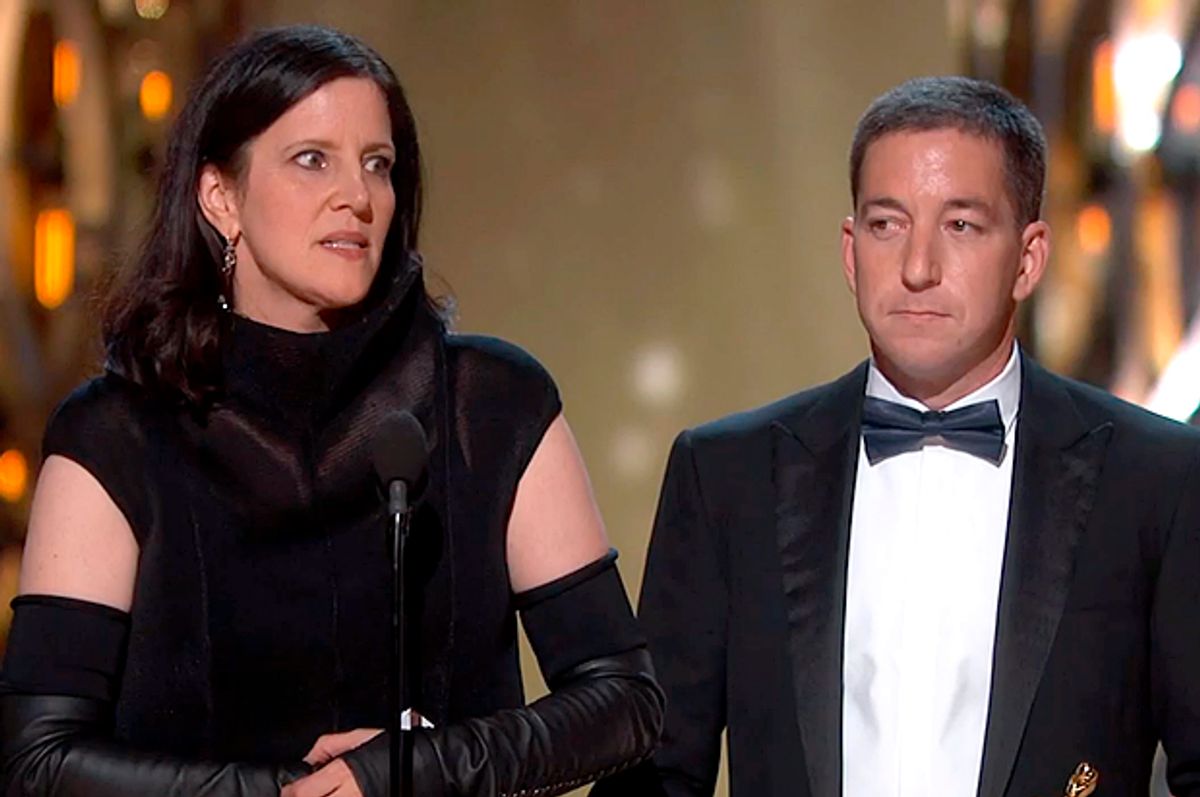 "Citizenfour," the documentary made about whistleblower Edward Snowden and journalist Glenn Greenwald, which was directed by Laura Poitras, took home an Academy Award for Best Documentary Feature. Following the win, host Neil Patrick Harris made what Greenwald later called a "stupid and irresponsible" pun.

The joke in question: "Edward Snowden couldn’t be here for some treason." Asked about the quip by BuzzFeed News at the Governors Ball, Greenwald responded with this:

"I’m just gonna go ahead and treat it as a joke. I thought it was pretty pitiful, given Hollywood’s fondness for congratulating itself for doing things like standing up for McCarthyism and blacklists. So to just casually spew that sort of accusation against someone who’s not even charged with it, let alone convicted of it, I think is, you know, stupid and irresponsible."

"But I’m trying not to make too much out of it. Although I’m not succeeding."

"Citizenfour" is playing in limited release in theaters, and will premiere on February 23 at 9:00 PM ET on HBO.