It still won't be legal to sell or smoke in public 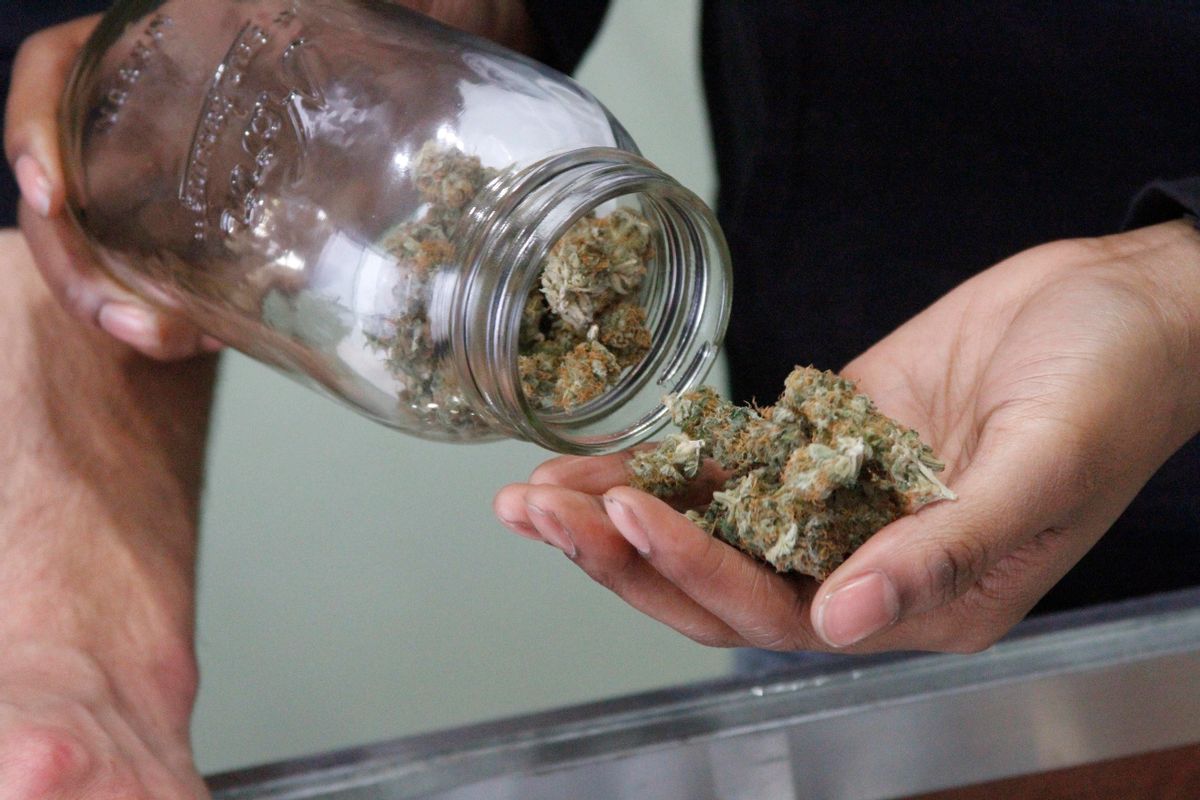 In this Feb. 20, 2015 photo, Alaska Cannabis Club CEO Charlo Greene prepares to roll a joint at the medical marijuana dispensary in Anchorage, Alaska. On Tuesday, Feb. 24, 2015, Alaska will become the third state in the nation to legalize marijuana. (AP/Mark Thiessen)
--

Thanks to a ballot initiative passed last November, Alaska is now the first red state to have legalized recreational marijuana use, joining Washington and Colorado. Now, Alaskans age 21 or older may legally possess up to one ounce of marijuana and can grow up to six marijuana plants (though only three can legally flower at once).

One tricky thing: it's still illegal to sell it and to smoke it in public.

Alaskan officials, and the state's alcohol regulatory board, which is set to meet on Tuesday, still have to fill a number of gaps in the legislation -- for example a definition of the public places where people cannot light up.

State regulators are still drafting rules covering the taxation and sale of marijuana, which must be adopted by Nov. 24. Applications for the first business licenses will not be accepted until February 2016.

"Ultimately the concern of the police department is the safety and health of our public," said Anchorage police spokesperson Jennifer Castro. "We want to make sure that people are not operating their vehicle impaired or under the influence of marijuana."