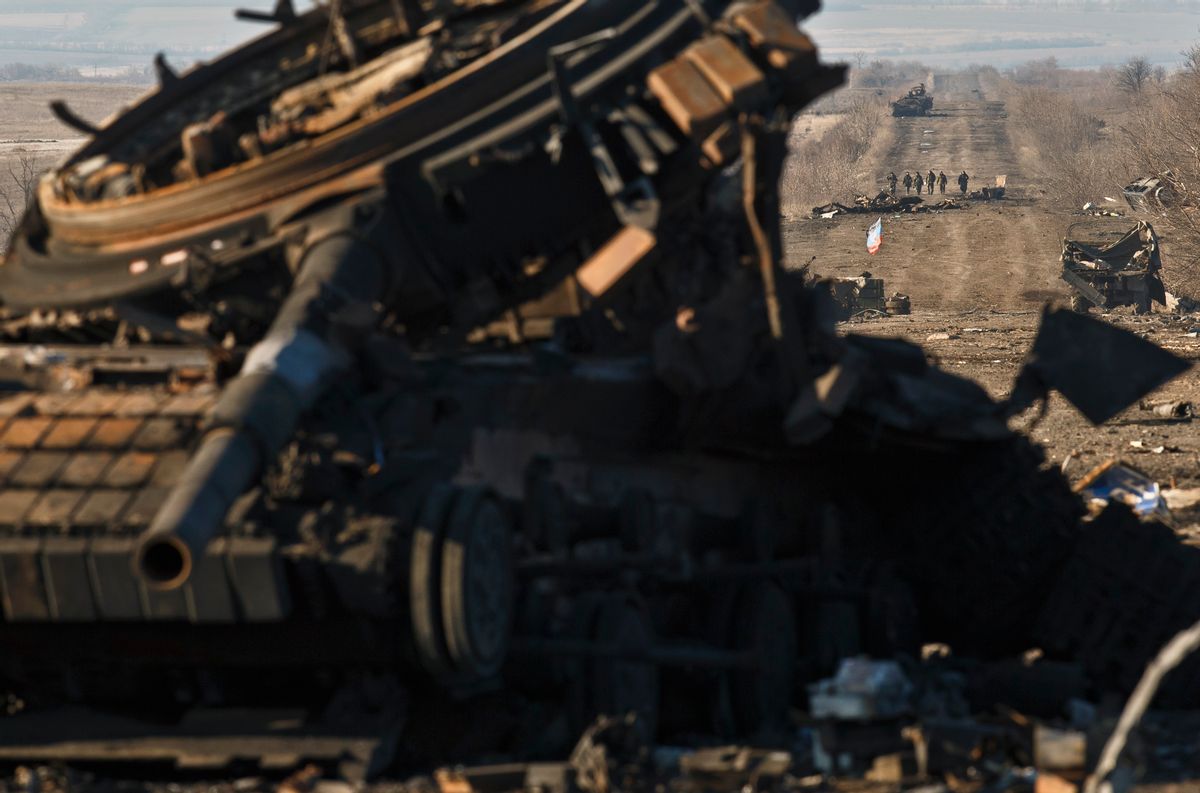 LONDON (AP) — Scattered attacks in eastern Ukraine threatened a peace deal brokered by France and Germany that called on government forces and pro-Russia rebels to pull back heavy weapons.

Ukrainians marked the anniversary of President Viktor Yanukovych's ouster with marches in several cities. Four people were killed in an explosion at one of the marches in Kharkiv.

James Bond actor Daniel Craig was in Rome for filming of "Spectre," the latest installment in the series. Models converged on the British capital for London Fashion Week, while cities around Europe held carnival parades.