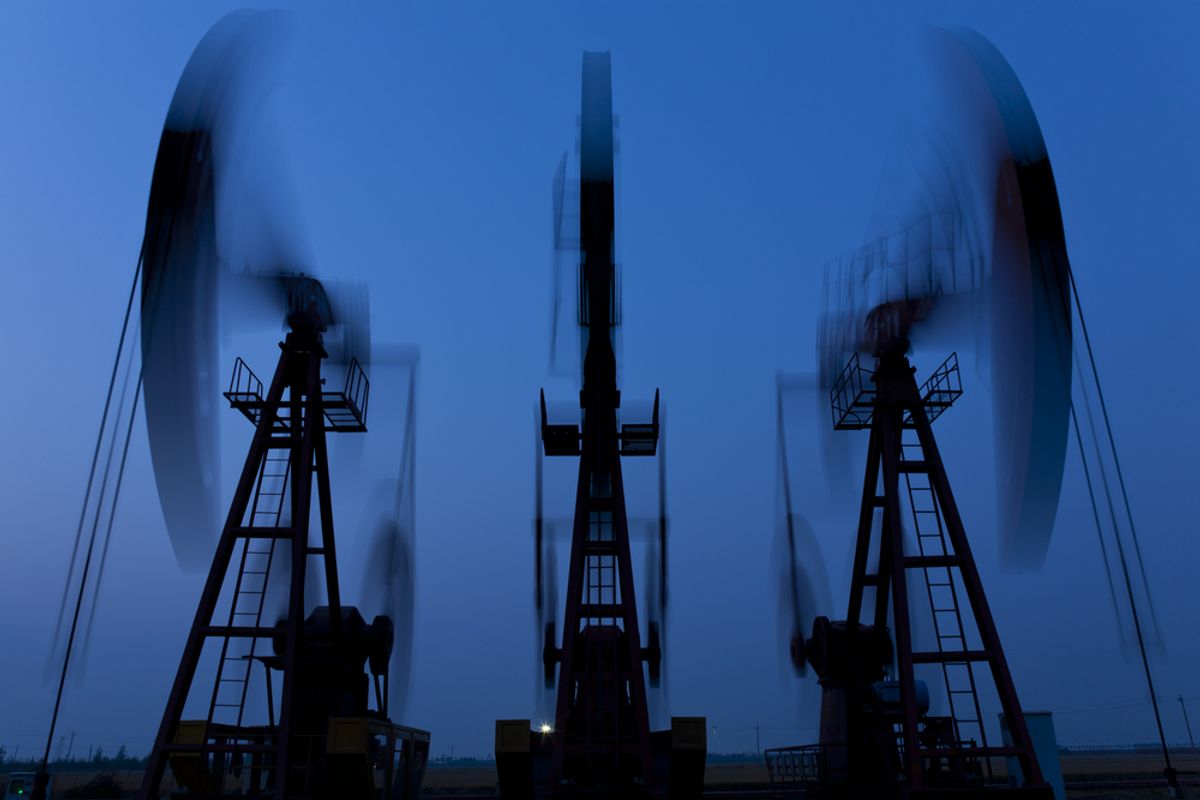 Let's be honest: no one was all that shocked to find out that a researcher whose work defies the 97 percent scientific consensus on man-made climate change was being funded by fossil fuel interests, even if the full extent of the contributions that Wei-Hock Soon accepted -- $1.2 million -- was a lot greater than what was already known. The real scandal is that Soon failed to disclose the source of the vast majority of these funds. And the question now is how he managed to get away with it -- and we can prevent it from happening again.

To that end, Rep. Raúl Grijalva (D-AZ), the top Democrat on the House Natural Resources Committee, sent letters to seven universities, requesting information on professors who have testified before Congress on global warming and, in those testimonies, questioned the extent to which human activities are contributing to climate change. "Understanding climate change and its impacts on federal property is an important part of the Committee's oversight plan," Grijalva wrote, adding that if the allegations against Soon are true, they "may not be isolated incidents." Specifically, he asked that they reveal the professors' sources of external funding, and provide him with all drafts of their testimony and related communications.

"I am hopeful that disclosure of a few key pieces of information will establish the impartiality of climate research and policy recommendations published in your institution's name and greatly assist me and my colleagues in making better law," he wrote.

Sen. Ed Markey (D-MA), meanwhile, is appealing to the funders: soon after the Times' report, he said he plans to appeal to oil and gas companies, along with other fossil fuel interests, to reveal the extent of their funding on climate research. “The American public deserve an honest debate that isn’t polluted by the best junk science fossil fuel interests can buy,” he told the Boston Globe. “That’s why I will be launching this investigation to see how widespread this denial-for-hire scheme stretches within the anti-climate action cabal.”

In the fallout over Soon, the research community is engaged in some soul-searching of its own. The Smithsonian, for which Soon works as a part-time scientist, has opened an investigation into his ethical conduct, it said Monday in a statement; more broadly, Acting Secretary Albert Horvath said he will be leading a review of the organization's ethics and disclosure policies "to ensure they meet the highest standards."

Writing at ScienceInsider, David Malakoff asks how Soon's research managed to make it through the peer-review process for publication. The editor of the journal Physical Geography, which published one of the papers now under investigation, told Malakoff that the journal's publisher had “no specific disclosure form that I know of,” adding, “It was pretty much the honor system.” The journal's policy has been updated since then, and now requires authors to announce “financial, commercial, legal or professional” relationships “that could influence an author’s research." The editor of the Journal of Atmospheric and Solar-Terrestrial Physics, which published two of the studies now called into question, admitted that he's never looked closely at conflict-of-interest disclosures, and that even if he did notice something amiss, he wouldn't even be sure what to do about it. "My role," he told Malakoff, "is to vet the science."

While Soon's failure to disclose his funding sources are the making of this unfolding scandal, however, the scientific basis of his work itself, which deviates sharply from the majority of climate science, has also long been called into question. Why certain politicians and members of the media ever took seriously someone who was never formally trained in climate science, and who once claimed "too much ice is really bad for polar bears" is another matter entirely.