Does anybody want to host "The Daily Show"? The search to replace Jon Stewart just got harder

Longtime correspondents Samantha Bee and Jason Jones are out of the running. So who's left? 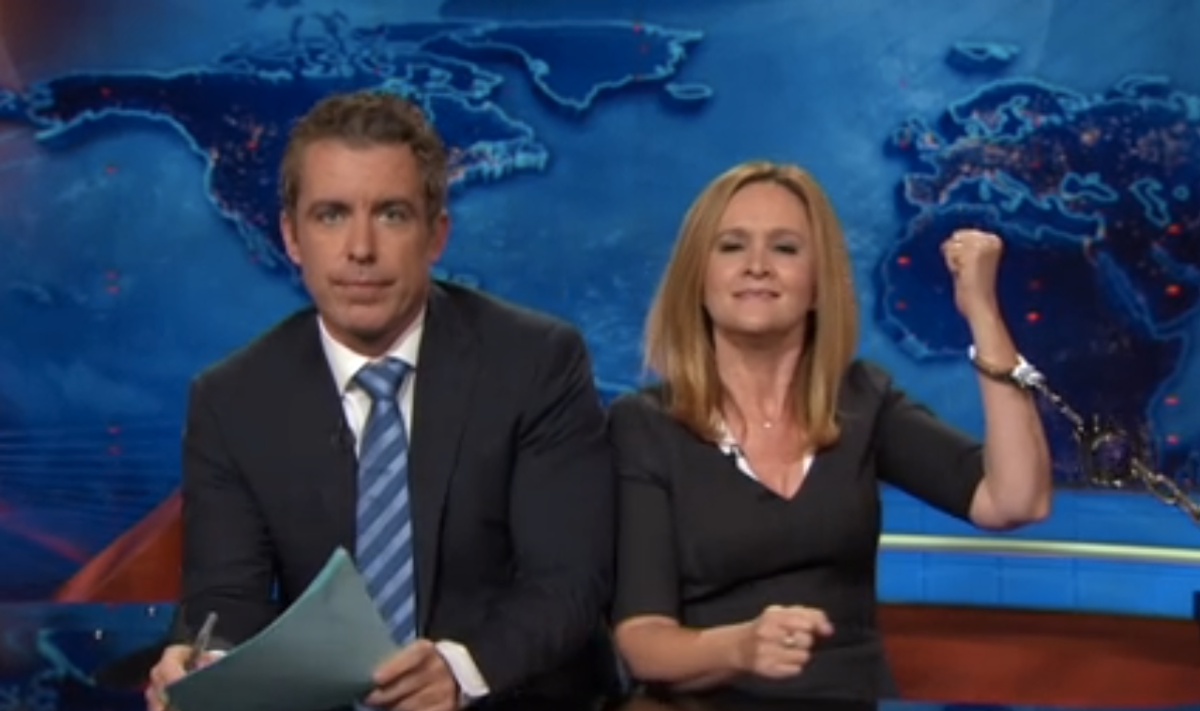 When Jon Stewart first announced earlier this month his plans to retire from "The Daily Show" in 2015, a few names immediately entered the conversation as possible replacements. In the weeks since Stewart's earth-shaking announcement, many of those names have already taken themselves out of the running.

First it was Jessica Williams and John Oliver. Now we can add "Daily Show" veterans Samantha Bee and Jason Jones to that list. The two longtime correspondents (and real-life couple) just sold 10 episodes of their  new half-hour comedy pilot TBS, according to a Deadline report. Neither will be the next host of "The Daily Show."

Bee is the longest serving correspondent on the long-running Comedy Central program, and Jones (along with Bee) stepped in last year to host the show while Stewart was out sick. Many, including myself and Salon's Erin Keane, put the two up high on our lists of potential successors. Bee will remain on with "The Daily Show" in some capacity, according to a statement from Comedy Central. Jones, however, will not.

So where does that leave the list of potential successors? Let's take a look:

If we were casting director, Poehler would be a clear frontrunner. She clears the hurdles of availability --"Parks and Rec" ends Tuesday night, leaving her free to anchor the late-night staple -- and, even more importantly, ability. Poehler is obviously a talented writer and comedian -- nor is she a stranger to political satire, having helmed "SNL's" Weekend Update to great acclaim.

Another major factor of course is whether or not Poehler even wants to host "The Daily Show." If she did, she would be the first woman to do so. And it would be incredible.

What more can you say about Chris Rock? His smart, sharp observational comedy and his eye for political nuance make him an excellent candidate to do what "Daily Show" viewers have come to appreciate: Use humor to point out the holes in both American politics and cultural events. Plus, it doesn't hurt that he can deliver a killer punchline.

Erin Keane said it best: "A bonus: if watching Silverman go toe-to-toe with Jimmy Kimmel in the late-night ratings war isn’t enough to make you not cut the cable cord, we don’t know what is."

Silverman isn't afraid to "go there" -- whether "there" is religion, sex, climate change, abortion, or any other hot-button issue that might find itself in the news. While she's never worked a job quite like "The Daily Show," we suspect she would flourish in that spotlight.

As Rachel Maddow told Hodgman back in 2008: "John you have essentially made a living being sort of a fake expert."

Hodgman's "fake expertise" -- along with his status as a "Daily Show" veteran -- makes him an unconventional, yet tremendously appealing candidate. His droll comedic style would be a departure from Stewart's more confrontational approach, but we're intrigued by the prospect of discovering what this thoroughly brilliant comic could offer.

Having Louis C.K. host "The Daily Show" would be a treat just to see him in a suit behind a desk. The comic is not just the wild and entertaining stand-up, arms flailing, the lovable grump we've come to see on "Louis," but also a keen observer with some thoughts on policy. (Just imagine C.K. taking on the week's political news with the same furor that he took on controversial education initiative Common Core on Twitter.)