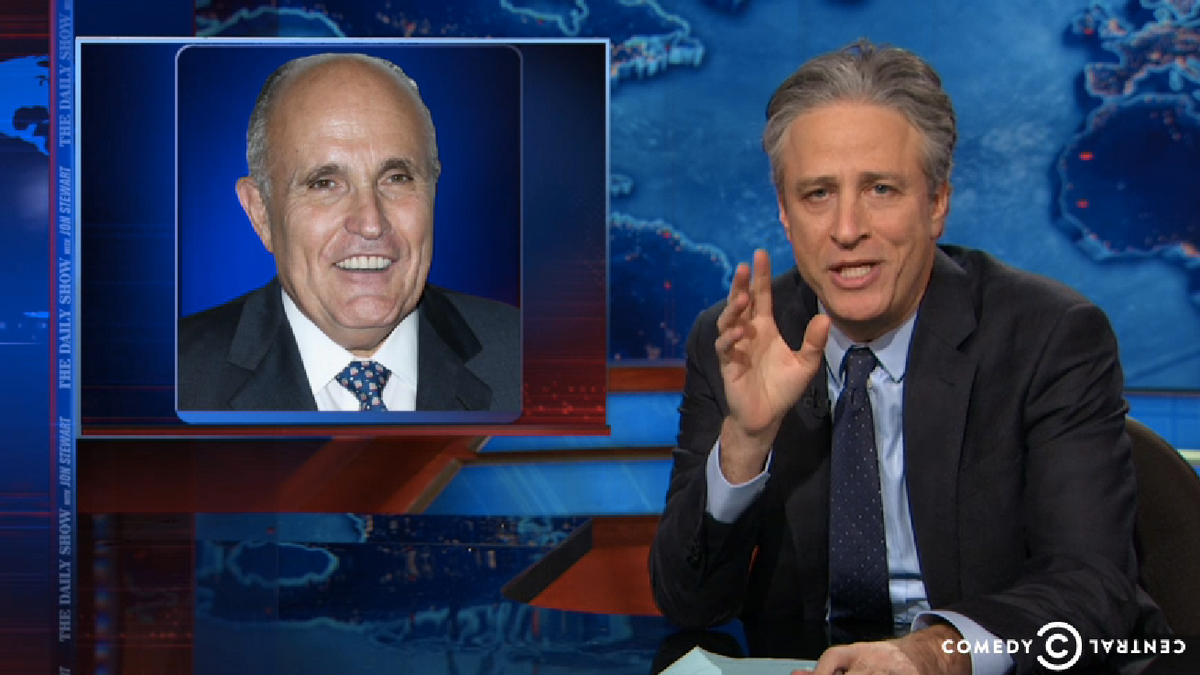 On Monday night's "The Daily Show" Jon Stewart took Rudy Giuliani to task over his comments he made questioning President Obama's love of America.

After calling out former mayor of New York City for not "owning" the tragedy of 9/11, and mocking Giuliani's former hairstyle, Stewart played an old clip of Giuliani from 1994. In it Giuliani said he hoped to transform New York City.

"Mother fucker!" Stewart shouted. "You hate New York! Why? If you love this country, you love all of this country not just the parts that remind you of you -- the whole fucking thing."