Tea Party's "stunning" nightmare: Why it thinks its homeland is disappearing

Wingnuts like Rep. Steve King worry the U.S. is leaving them behind. A new report shows they're actually right 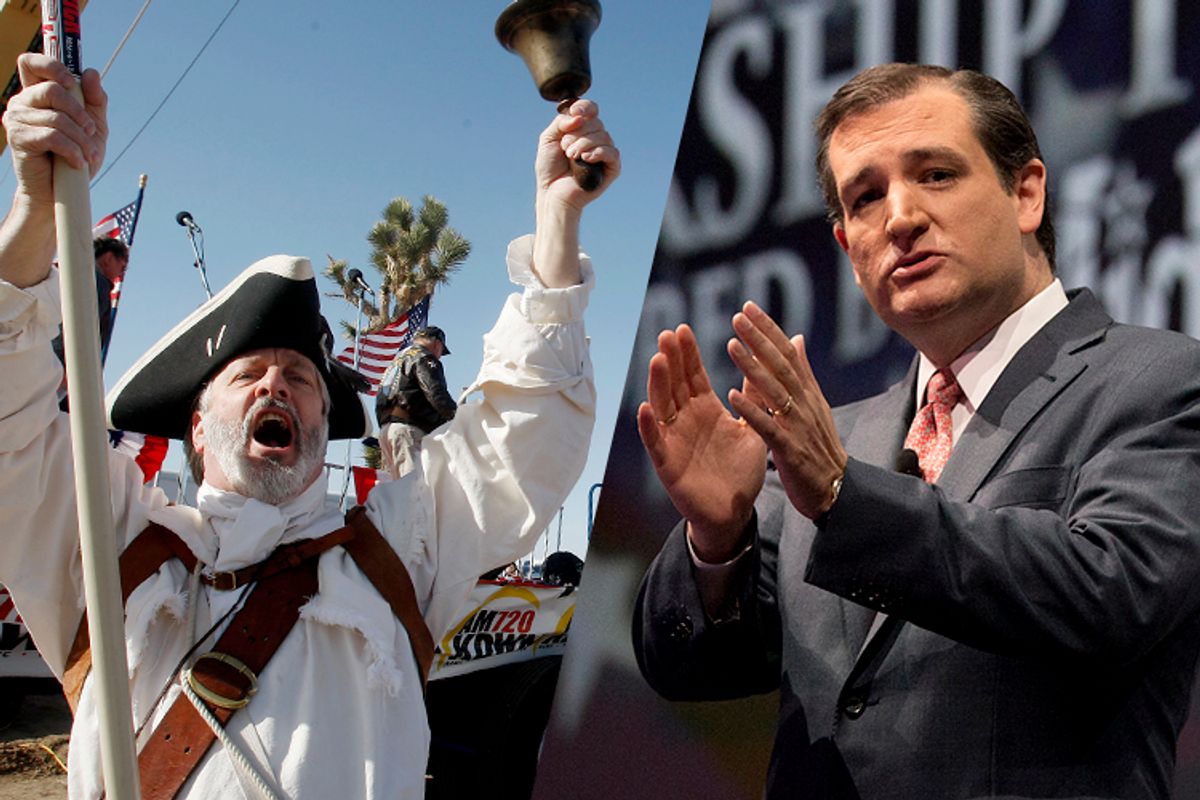 With the House GOP caucus’s nativist bloc (a.k.a., the “boxcars crowd”) pushing the Department of Homeland Security (DHS) toward a shutdown of its own, the Tuesday release of a new Center for American Progress report on the changing demographics of the United States feels especially well-timed. Because as feverish and unhinged as the Tea Party’s opposition to immigration reform often seems, the CAP report shows that it’s premised on at least one small kernel of truth. The country that tens of millions of Americans grew up in really is fading into memory — and according to CAP, it’s doing so with “stunning” speed.

The CAP report is long, and its authors (one of whom is Ruy Teixeira, of “Emerging Democratic Majority” fame) highlight no fewer than 10 major findings. Many of these discoveries are familiar to anyone who’s geeky enough to care about medium- and long-term demographic projections: the overall population is diversifying; the average age of the population is climbing; the Baby Boom generation is shrinking; the youngest generation is the most diverse in history; the college-educated white population is growing; and the once-mighty white working class is continuing to disappear. But even if we already know our ultimate destination, the report suggests that we’ve underestimated how quickly we’ll arrive.

In fewer than 20 years, CAP says, the following states will all be home to “majority-minority” populations: Nevada, Maryland, Arizona, Georgia, Florida, New Jersey, Alaska and New York. And within 30 years, the report adds, all of those states — plus California and Texas — will have majority-minority eligible voting populations, too. Here's a CAP chart showing the projected tip into majority-minority for more than a dozen states: To get a sense of just how massive a shift that is from the U.S. that existed within most of our lifetimes, keep in mind that the U.S. was 80 percent white as recently as 1980. Moreover, at that time, only 16 percent of the country’s eligible voting population was non-white in 198o. By 2060, that number is expected to balloon to a whopping 54 percent.

Tea Partyers aren’t demographers, of course. It’s unlikely that the people who think the construction of a truly Berlin Wall-esque southern border fence is America’s most pressing concern have detailed analyses of population trends in mind. But even if Tea Partyers aren’t data-crunching actuarial geniuses, they’re not political illiterates, either. They may believe things that aren’t true — especially if they only watch Fox News — but they’re more politically engaged than most Americans. And if they’re like the folks I encountered last year at CPAC, the conservative movement’s big annual gala, then they’ve heard more than once that Barack Obama wouldn’t even be president if the minority share of the electorate had frozen at its 2004 level (and if the GOP maintained  the same support from whites).

Without that larger context, it’s hard to understand why the GOP base is willing to threaten a DHS shutdown in the name of deporting children. And without that larger context, it’s downright impossible to understand why Republicans say they are preserving the Constitution itself by forcing the reversal of Obama’s immigration-related executive actions. If, as many Tea Partyers believe, America’s changing demographics are really the consequence of a massive “con game” — in which Democrats provide amnesty and citizenship in exchange for votes (which they use to redistribute from Tea Partyers makers to new-arrival takers) — then the United States as we know it is indeed at stake.

Obviously, none of this is to say that Tea Partyers are right in their analysis or right to fear America’s multicultural future. But it is to say that the efficacy of the GOP’s usual appeal to white identity politics is coming to an end; and that polling of the growing non-white population indicates it will take the Tea Party’s anti-government extremism with it. In other words, if Republicans do end up shutting down the DHS, it won’t be because they don’t care about security. It’ll be because they see the “homeland” as in the gravest of danger already.